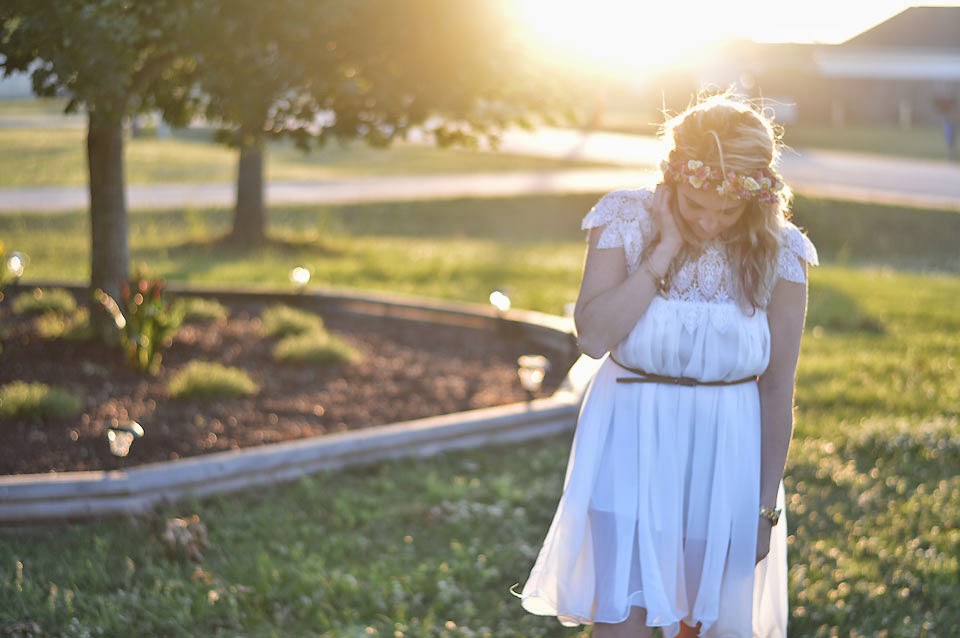 I spent a lot of time thinking yesterday and when I do that, shit tends to get real serious, real fast. 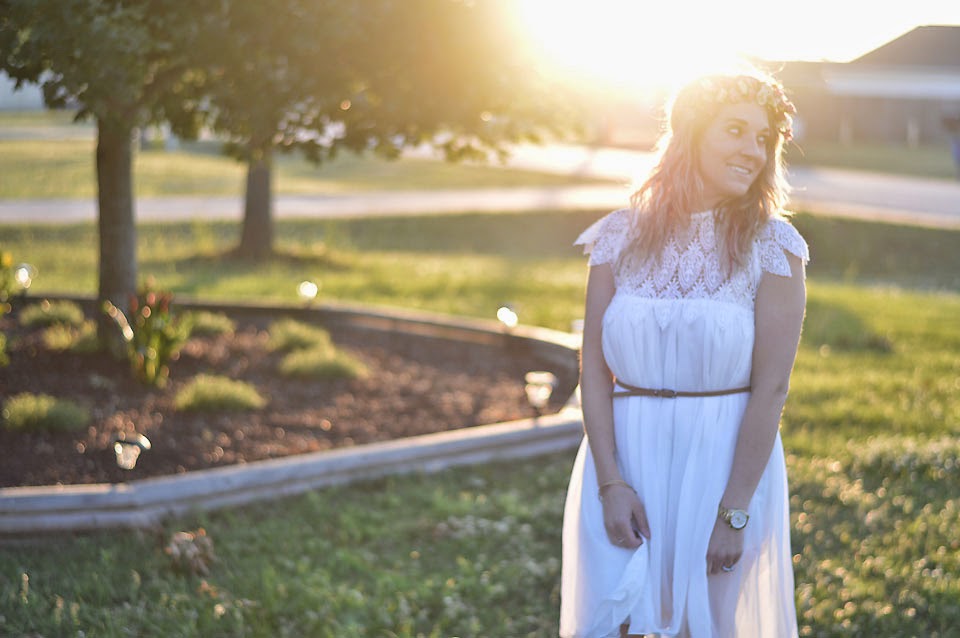 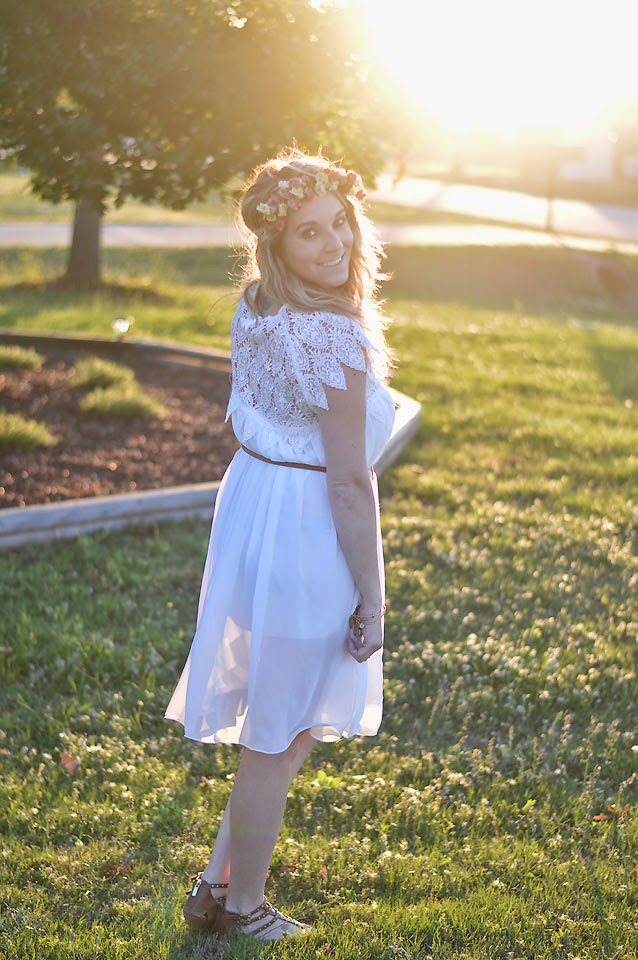 Zach left for Afghanistan on Memorial Day three years ago. We obviously had known the day was coming but you can’t ever brace yourself for the last kiss. It may be the last kiss for a few months, or a year, or maybe forever. You never really know.
I accompanied him to the drop off and tried to prepare myself for what was to come. I held him. I cried. I avoided looking him straight in the eye because I knew that all he would see back was my empty soul. I was devastated. I was angry. I was sad. I had more emotions than a pregnant woman (oh wait, I was pregnant… so double my emotions), and I didn’t know what to do with myself.
But I tried to hold it together for him. Life would have to go on and I literally had no choice but to give him that kiss and drive away with him in my rear view mirror. So I kissed him goodbye and whispered “please come back to me”. And that was it. I walked to my friend’s car and we drove away; I fought the tears that were forming behind my eyes and pain engulfed me. I had just sent my husband to war.
It’s a crazy thing when you really think about it. I had seen it done in movies, or on Army Wives but to actually do it was such a surreal thing. It would be a few days before he would actually make it to Afghanistan and once he was there, it felt real.
Real that he was shooting at actual people. Real that he was in a war zone. Real that he may not be coming home. I write this with tears in my eyes because the pain from this experience has never really gone away and for some reason, patriotic “holidays” bring out emotions that I seemed to have suppressed when he returned to American soil. And although I don’t think about it everyday, I do thank God everyday for bringing him home safely.
My husband has seen and done a lot of things that most Americans will never be able to understand. Hell, I don’t understand most of it half the time. And so yes, I had it hard but I know that he had it much harder. I know that anyone in the military has it harder because they risk their life on a daily basis and don’t even think twice about it. I could never do it, could you?
So yesterday was a hard day and I feel selfish about it. Why? Because my husband came home. I sat in that gym, watched him march in, and threw my arms around him while crying into his chest. But so many wives around the world didn’t experience that because their soldier didn’t make it home.
I’m not even sure where I’m going with this but like I said, days like yesterday bring out emotions in me that I sometimes forget I have. With having him back stateside for as long as I have, it’s hard to believe that he was actually over there, in the same position as some of the men and women who didn’t make it home. I will never understand war and why we are still there but the point is, we are. And although days like yesterday remind people of that, it’s something we should think and pray about everyday. 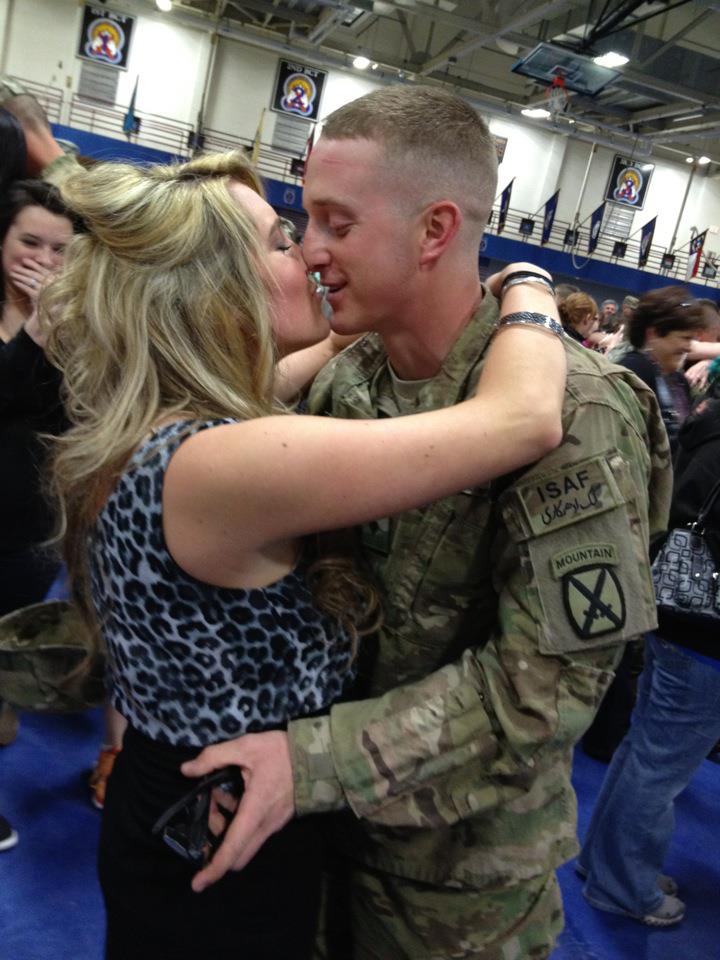 So yes, kissing my husband goodbye and sending him to war for 281 days was really hard. But I’m thankful for it. Because kissing him goodbye and never getting to kiss him again would be far worse.
Thank you to all of those men and women who have given the ultimate sacrifice. You will never be forgotten. 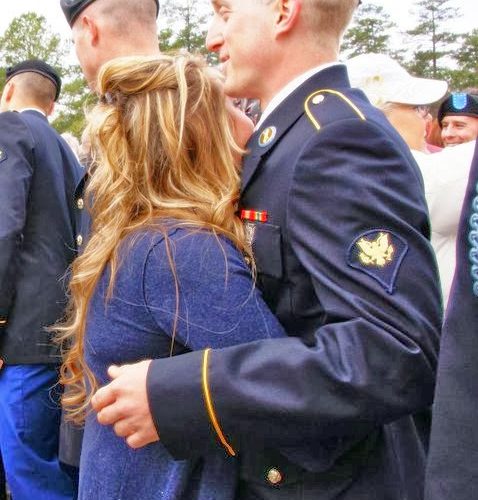