I’ve been “home” for almost 4 months now. And I’m still adjusting to being “home” again. And if we’re being honest, it still doesn’t feel like home.

I’d be lying if I said I didn’t miss our life in Georgia. It was the place, it was the people, it was the relationships we had there. Surrounded by military families meant creating our own family there. Everyone was in the same boat and we could all relate to each other. We celebrated holidays together, had pizza on Friday nights and had sleepovers on the weekends. It felt like college all over again and I loved every minute of it.

My family being here was one of the biggest reasons we decided to move back to Ohio. We wanted the kids to grow up with their grandparents, aunts and uncles, and cousins down the road. We would be able to spend holidays together, have them attend the kids sports games, and raise them in the same area we both grew up in.

But it doesn’t feel like home. SO much has changed since we lived here 7 years ago. And yes, I’m aware change is inevitable. And no I wasn’t going to be naive and think it would be all cupcakes and rainbows when we moved back. It’s been a HARD couple of months. And if we’re being honest, it’s been a hard year. 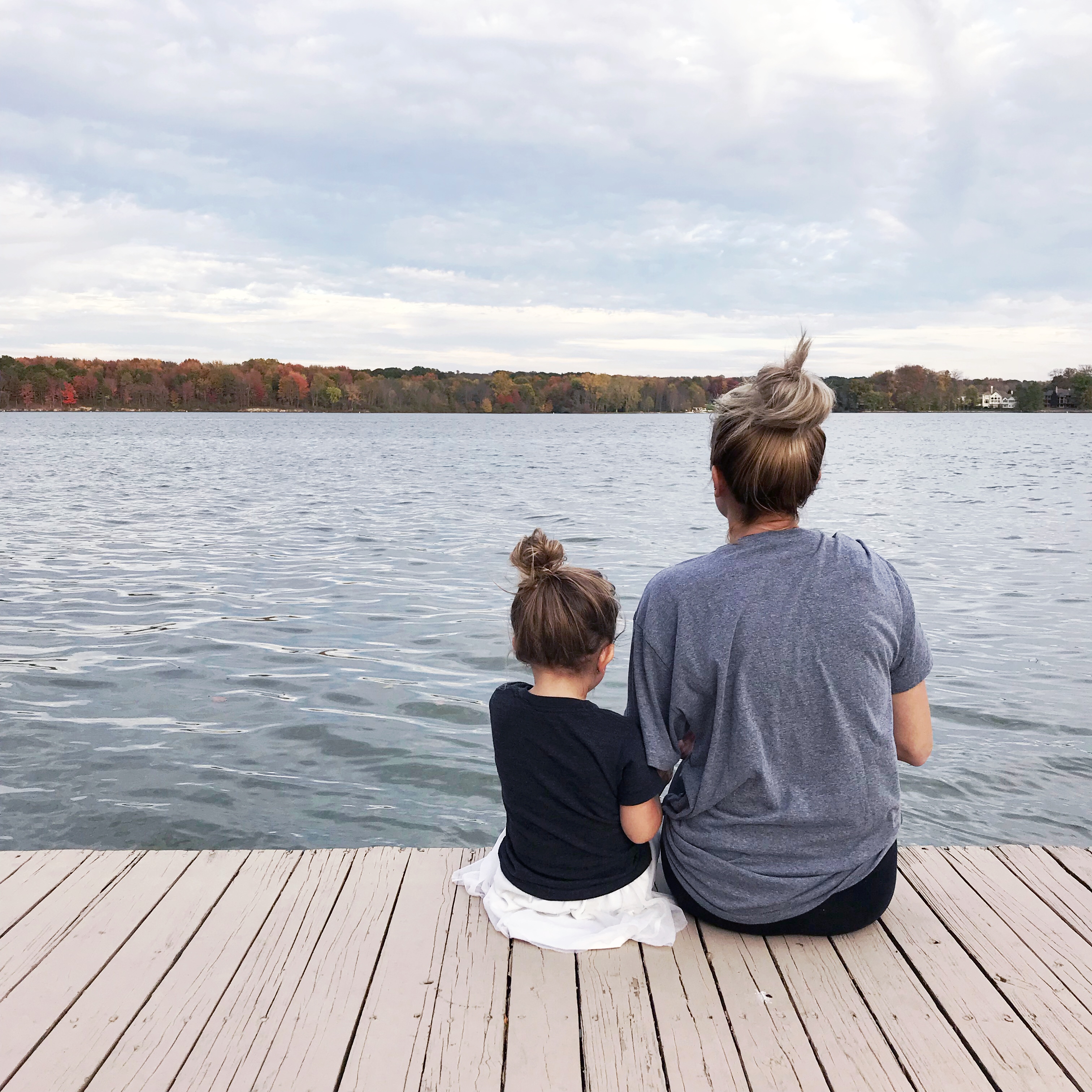 We moved from Georgia last December and it was a really hard move for all of us. We came to Ohio for the holidays and then went back to D.C. In January, my husband had his second back surgery and recovered the next two months. A few months later, we found out he would be separating from the military. Which was scary because military life was all we had ever known together.

I moved home in July while he processed out of the Army, and he didn’t get home until October. And it was hard being here on my own. My anxiety and depression hit an all time high and I made the decision to go back on the medicine I so badly wanted to go off of. I felt out of place in the place I called home for 24 years prior to our military life. And to be honest, I still kind of feel that way.

I don’t know what it is, to be honest. We have friends and family here and I know it will never be the same but I think a part of me is still mourning. I know that sounds crazy but I fell HARD for Georgia. Especially at the end of our time there. And I think it’s going to take some time for me get used to our new life here.

I am so thankful we had the opportunity to come back to Northeast Ohio. Everyone’s first question is ” aren’t you SO happy to be home?!” And yes, part of me is happy. But a part of me just feels so lost and I know that’s just something that’s going to change with time. Anytime we moved, it took me a good year before I felt completely at home and adjusted.

So despite this being home, I know it’s just going to take some time before it feels like that.

If you’ve ever moved “home”, how long did it take you before you felt really at home again?