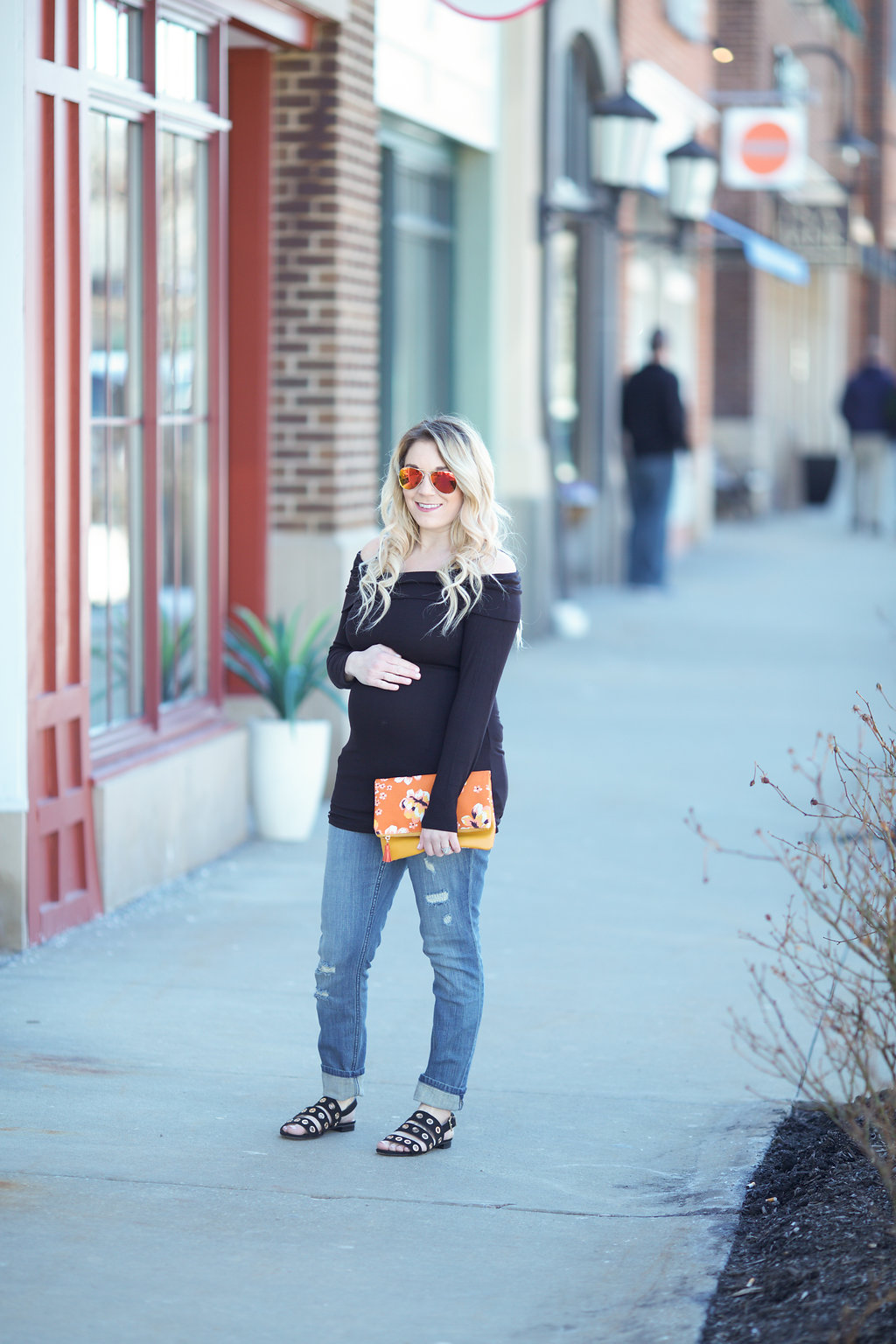 With just two weeks left in the second trimester, it’s starting to hit me that I’m nearing the end of my final pregnancy. As in I will never be pregnant again. Which is crazy to think! I began this chapter 7 years ago and in a few short weeks, I’ll be closing it. And as much as I struggle with being pregnant, there are some things I’ll miss about this crazy journey. 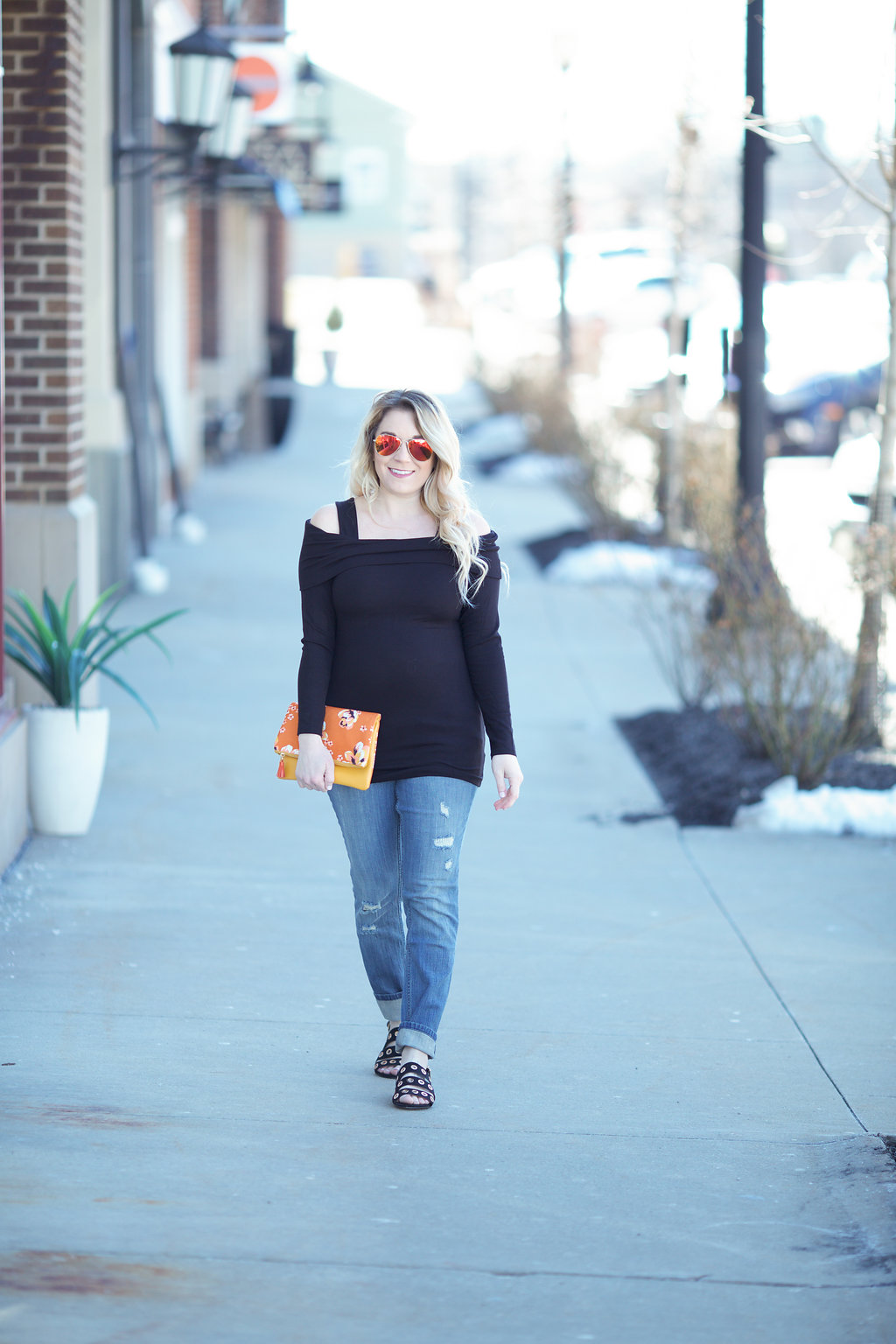 Last night was one of the first nights that my oldest has acknowledged the baby. He was super disappointed when we found out it was a girl and hasn’t really paid much to attention to the changes in my growing belly. He felt her kick a few weeks ago but it was nothing like last night.

Last night, she was jumping around like crazy as we were reading before bed and he felt her kick multiple times. Then when we finished reading the book, he sang “Twinkle, Twinkle Little Star” and said “I love you Piper!” I had to keep my hormones in check to avoid the waterworks but it was seriously one of those small moments that he’ll never remember and I’ll never forget.

Being pregnant isn’t easy. Your body stretches and manipulates in ways you never thought possible. You can’t sleep, everything hurts, and you’re counting down the days until you feel normal again.

But it’s also amazing at the same time. First you feel the flutters. You can’t quite tell if it’s a rumbly tummy or the baby but over the next few weeks, you start to feel more prominent movement. And you start to think crazy things like THERE IS A HUMAN PERSON GROWING IN MY BODY. It’s a crazy concept and even after doing it twice before, it still just blows my mind. 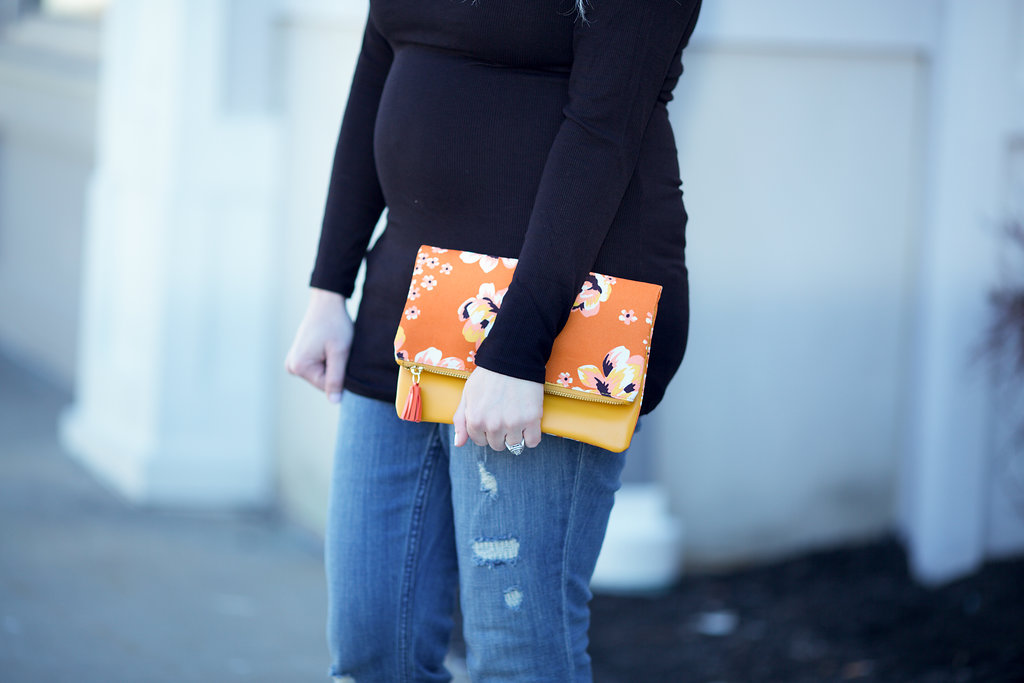 I have a hard time accepting the weight gain and all of the bodily changes that come with growing a human. The love handles and the double chin. The extra large bras and the pants that make you feel like a busted can of biscuits. So no, I won’t miss any of that or the feelings of insecurity that come along with it.

The nausea, oh I won’t miss the nausea. Feeling like straight death for weeks on end isn’t exactly one of the joys of pregnancy. The exhaustion to the point where you feel hungover and although you’d love a glass of wine, the pure thought of it or even worse, the smell of it makes you toss your cookies.

But I will miss the feeling of seeing that second line appear on the pregnancy test. The anticipation as you wait for the doctor to show you the tiny baby on the screen during the first ultrasound. Or hearing the washing machine heartbeat sound for the first time. The most magical sound in the entire world. That, I will miss.

So how do I really feel about being pregnant? It’s a love-hate relationship. I feel so blessed to be able to carry three amazing children and feel them growing inside of me. A woman’s body is such an amazing thing to be able to create a human life form, carry it for 9 months, and then provide for it however long she chooses. 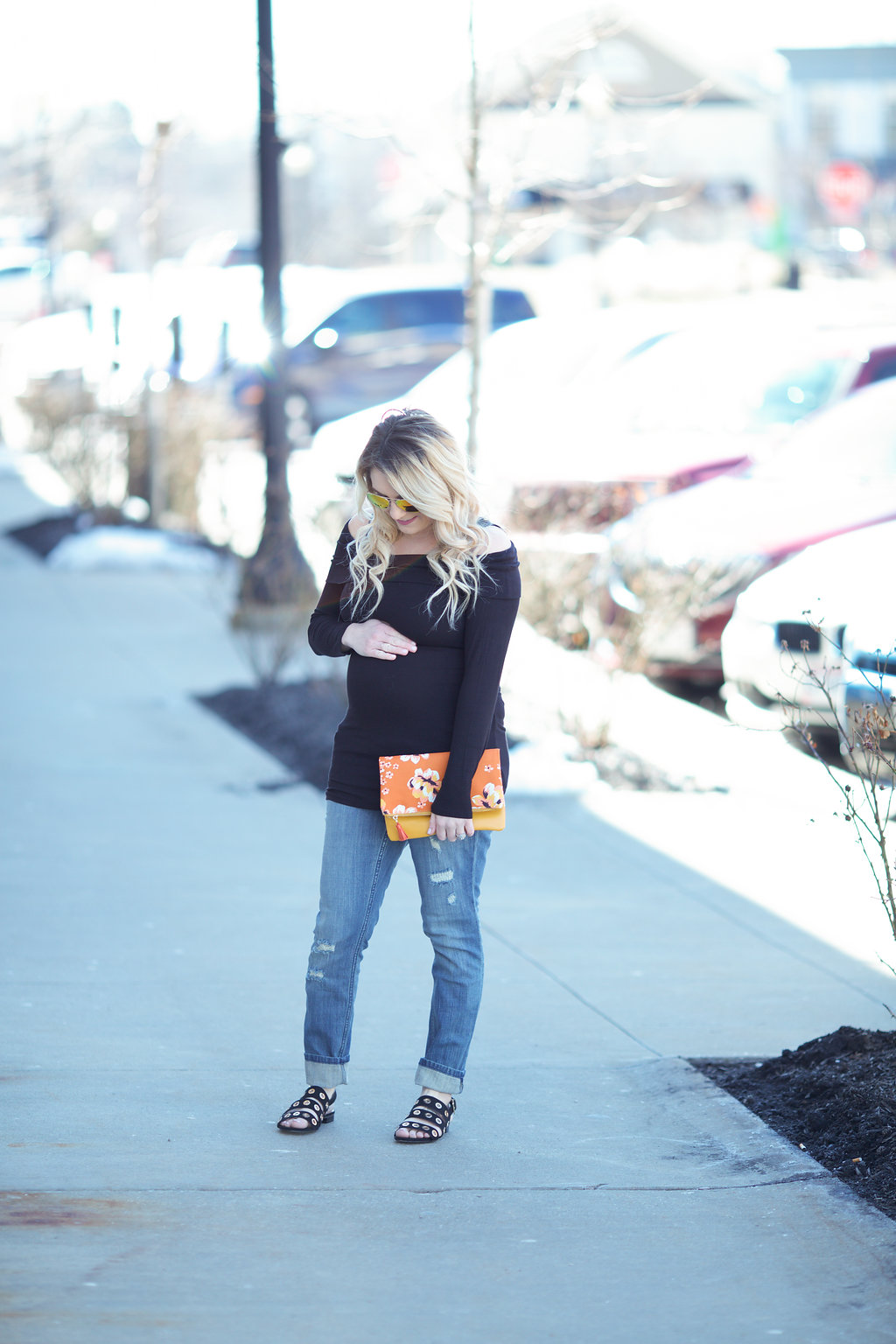 The actual act of giving birth is an amazing thing in itself and I’m getting emotional just thinking about hearing her cry and holding her to my chest for the first time. And while there’s so much uncertainty about when labor will begin, there’s so much excitement once it does. And you know that in that moment, there’s no where else you’re supposed to be other than awaiting the arrival of your new baby.

It’s taking me a lot longer to bond with this baby this pregnancy because it wasn’t exactly planned. And although we had talked about adding to our family in the future, it caught me off guard and came at a very unexpected and really, inopportune time. But is it ever a good time? Is it ever the right time? I think pregnancy happens for you when you need it most. When God (or whatever you believe in) feels that it’s time to expand your family with another blessing. 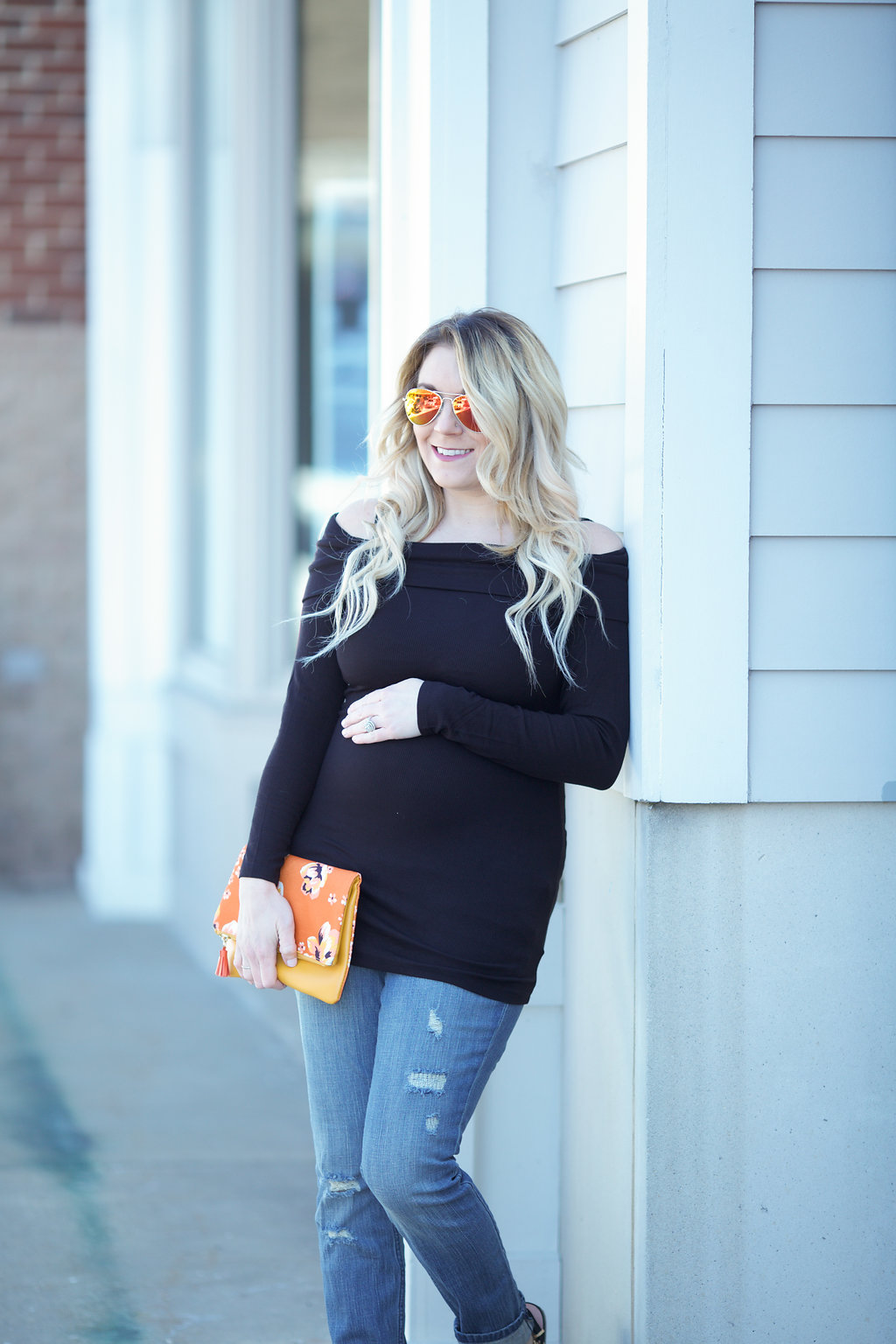 As uncomfortable as I am and will continue to get, I’m trying my best to appreciate every moment of pregnancy. The kicks, the jabs, the hiccups. The weight gain, the acne, the exhaustion. All of it. Because when it’s all over, I know I’ll miss it. But the exciting part of it all? I’ll be holding a sweet baby girl when all is said and done. And although we’re closing the chapter on pregnancy and newborns, we’re starting a whole new and exciting chapter of watching our babies grow into little people. But let’s not talk about that yet because y’all, these pregnancy hormones and I can’t handle the tears right now 🙂

How did you feel about being pregnant? Did you love every minute of it or struggle immensely? Or maybe somewhere in the middle? 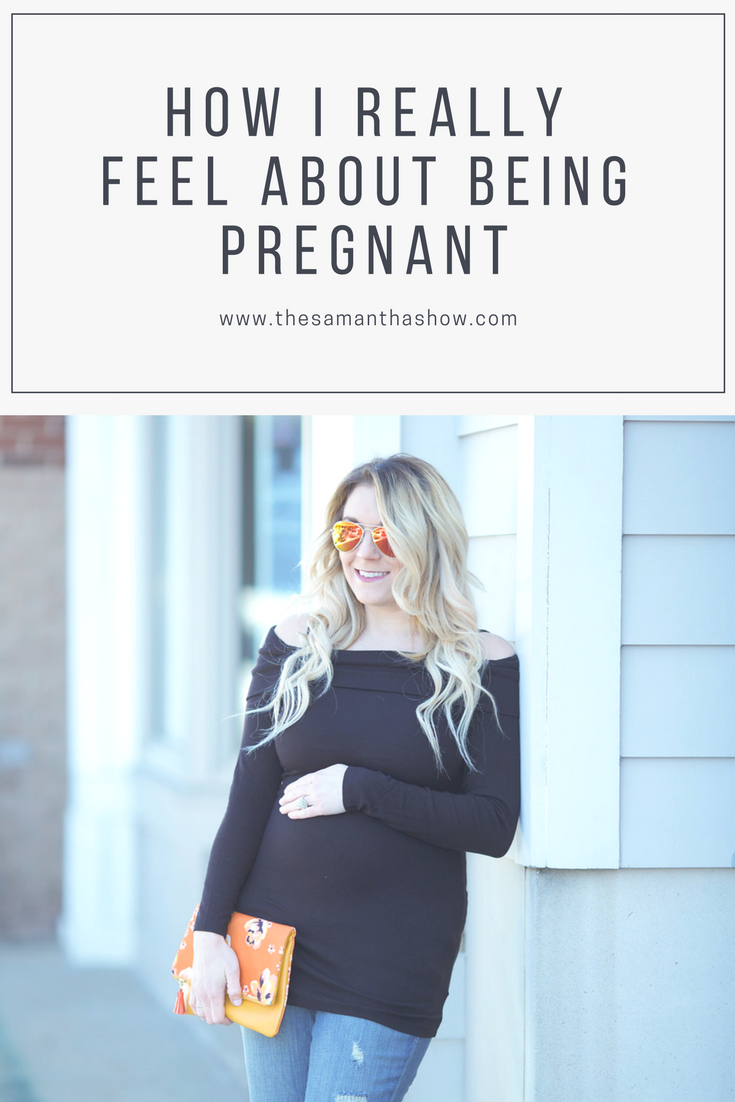