TOP
It had been a long morning; the kids hadn’t napped, the floors were a mess, and toys were scattered across the room like a tornado had just flipped the house upside down.
But little did she know that her whole world was the thing that was about to be flipped upside down too.
She heard her husband unlock the door and walk in but her hands were busy making lunch and wiping boogers. She looked up and said a quick hello before returning back to what she was doing.
But her husband was quiet. Something was wrong. She felt it.
“What?”she asked. But she already knew the answer. She was hoping that someway, somehow, it would be a different answer than she was expecting but as a military wife, there’s usually only one thing it can be.
“I don’t know how to start this conversation.” He stumbled through his words and she knew he was fighting back just as much pain as she was. Her chin started to quiver, the tears welled behind her eyes, and an overwhelming wave of nausea filled her stomach.
———————————————————————————————————————————
Unfortunately, this is no excerpt from a novel. But living this moment yesterday sure felt like one. Or rather I wish it had been one.
It was a strange feeling this time around. He had no choice but to tell me over the phone the first time he deployed but this time, he waited to do it in person. At first I felt sadness; not again, Lord. We have two small babies… why him? Why us?
And then I felt anger. Anger towards him for telling me deployment wasn’t as common in his new position. Angry at the Army for giving zero fucks about my husband and the life he has here. Angry at myself for letting my guard down, and for taking deployment off my radar. I had become naive; I had let myself believe that he had gone once and that he wouldn’t have to go again.
But while all of this was going on, as the tears were falling and angry words were coming out of my mouth, I felt numb. It was almost as if I was watching myself get upset from an out of body experience and my actions were contradicting what I felt inside.
Because I felt, I feel, numb. My body and actions said “WHY?! HOW?!” But my mind said “Let’s do this.”
There’s no right time to have a conversation about deployment. Thinking of sending my husband back to war literally wants to make me throw up all over the place and I can’t stop the tears from falling from my eyes.
The worst part? My kids. How am I going to look my kids in the eyes day after day and tell them their daddy isn’t coming home for 9 months? Or however long it is.
How do I prepare myself to muster the strength and stay strong for my babies? It’s okay to feel, and I know we will find our normal, but how do I do it again? Wasn’t once enough? Apparently not.
There’s a sliver of a chance he won’t have to go. But if there’s one thing I’ve learned as an army wife, it’s prepare for the worst and hope for the best. But when it comes to deployment, it gets complicated. Because the worst is something I can’t and won’t even fathom and the best is a needle in a haystack.
I honestly don’t know where to go from here. Deployment is a hard pill to swallow and right now I just feel like I’m choking. But if this is what God has in the cards for us, what more can I do?
We have no choice but to face this head on. As I learned the last time he deployed, the anticipation of him leaving is far worse than the actual deployment himself. So until I say “see ya later” and put him on that plane, I’m going to try and make the most out of the time we have together.
So I’m asking for your prayers. For my husband. For me. For our babies. First, I ask that you pray he’s taken off the list and he doesn’t have to go. But in the chance that he does, I ask that you pray for his safety. There won’t be a single minute for 9 months that I’m not worrying about him and praying he makes it home safely.
“She sat on the stairs and cried. Cried out of anger, sadness, and frustration. But crying wouldn’t keep him here would it? So she stood up, wiped her tears, and tried to carry on with her day. And everyday after that for the next year of their lives. Inevitably, there would be good and bad days. But she told herself there would be more good than bad in hopes that she would soon start to believe it.”

To making it count. » 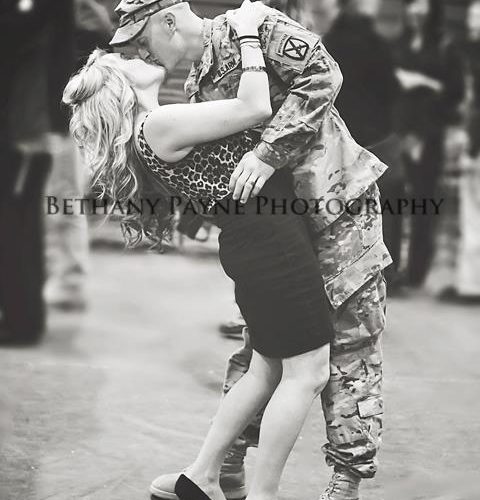 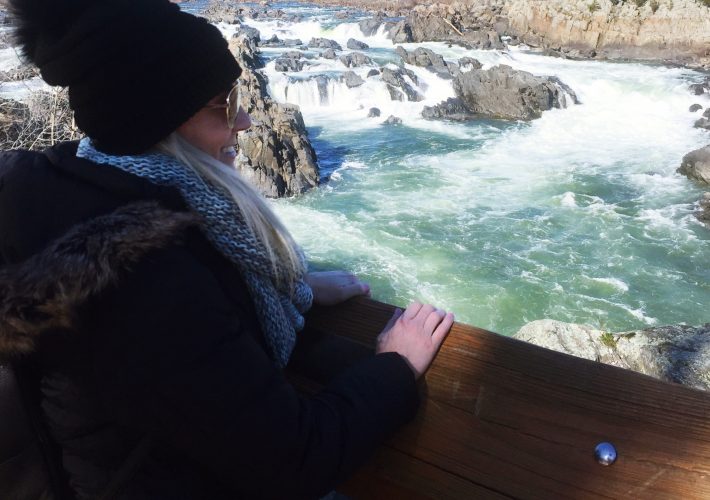 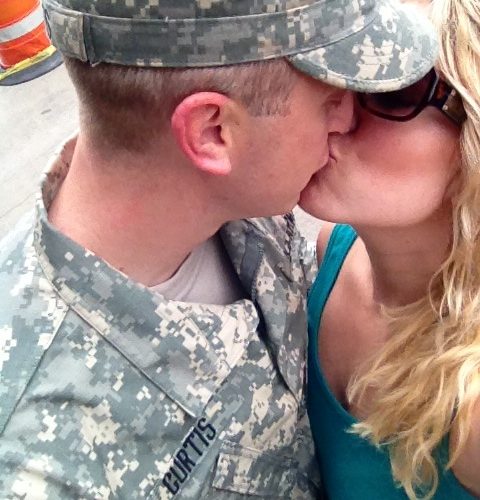