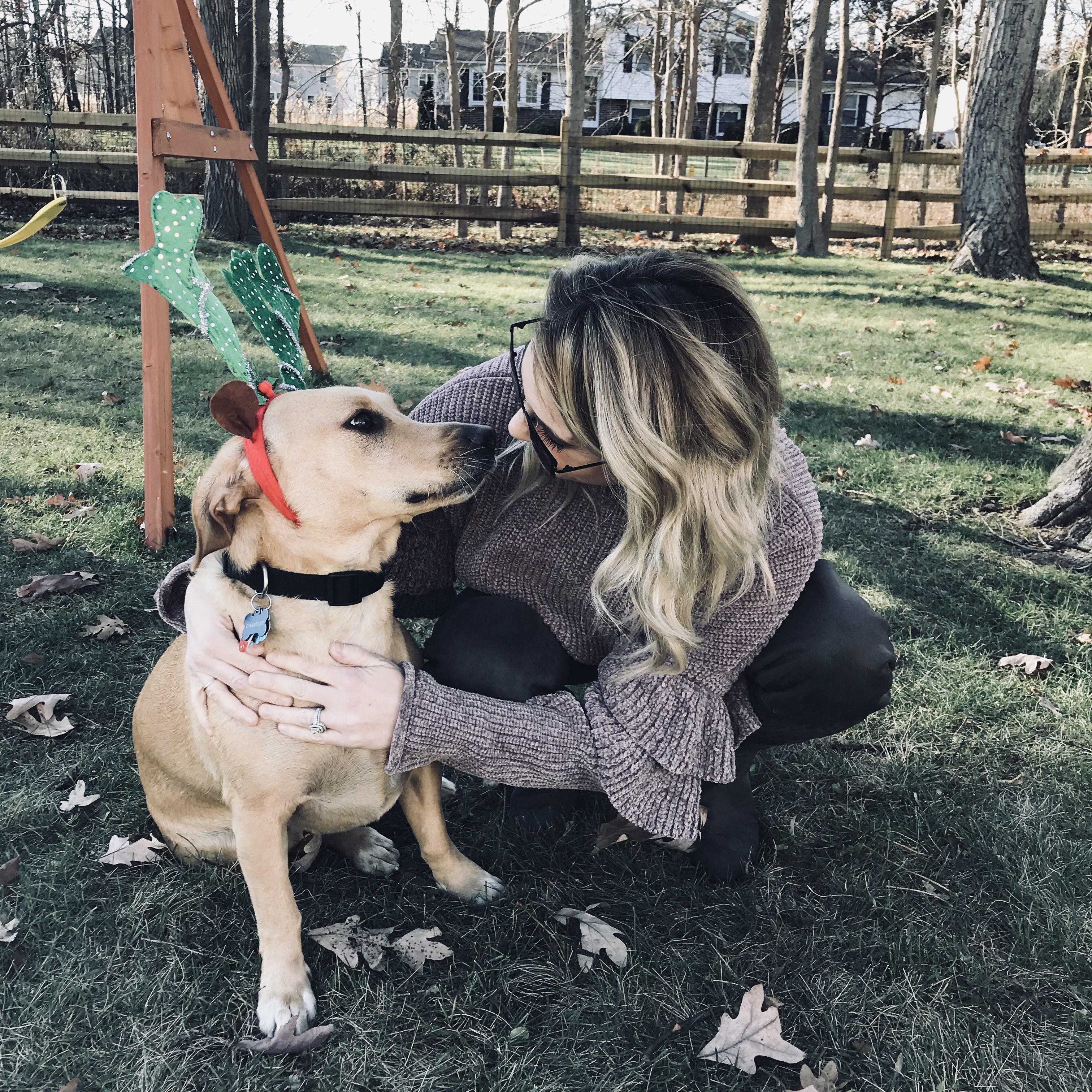 Happy Monday friends! It’s felt like a Sunday for the past 3 days and since the kids are still off school today, it doesn’t feel like we’re back into our normal routine yet. And then this will happen all over again in a few weeks when it’s Christmas. EEK I can hardly contain my excitement.

My husband starts his new job today so last week, we took full advantage of his time off.

Tuesday I had a massage (so overdue) and then we went to Mexican (my fave) for lunch. Later in the evening we went to my cousin’s house for game night and din. I love being able to hang out with my cousins much more frequently now. We have a lot of time to make up for!

Wednesday we had to go downtown to get our retired military IDs (so weird still) and decided to make a whole family day out of it. We posed for some pics in front of the Rock and Roll Hall of Fame, took the kids to the Great Lakes Science center, and saw a movie in the I-max theater.

I haven’t been to the science center in years but I was kind of disappointed in the amount of exhibits that were out of order. There were also a ton of misbehaved older kids running the center without chaperones and pushing my kids out of the way. Which I know wasn’t the center’s fault but it kind of put a damper on our experience.

However I don’t think my kids really cared. We saw a movie about the Canadian Transcontinental railroad and it was super interesting. And long haha but surprisingly, my kids were attentive for most of the time. 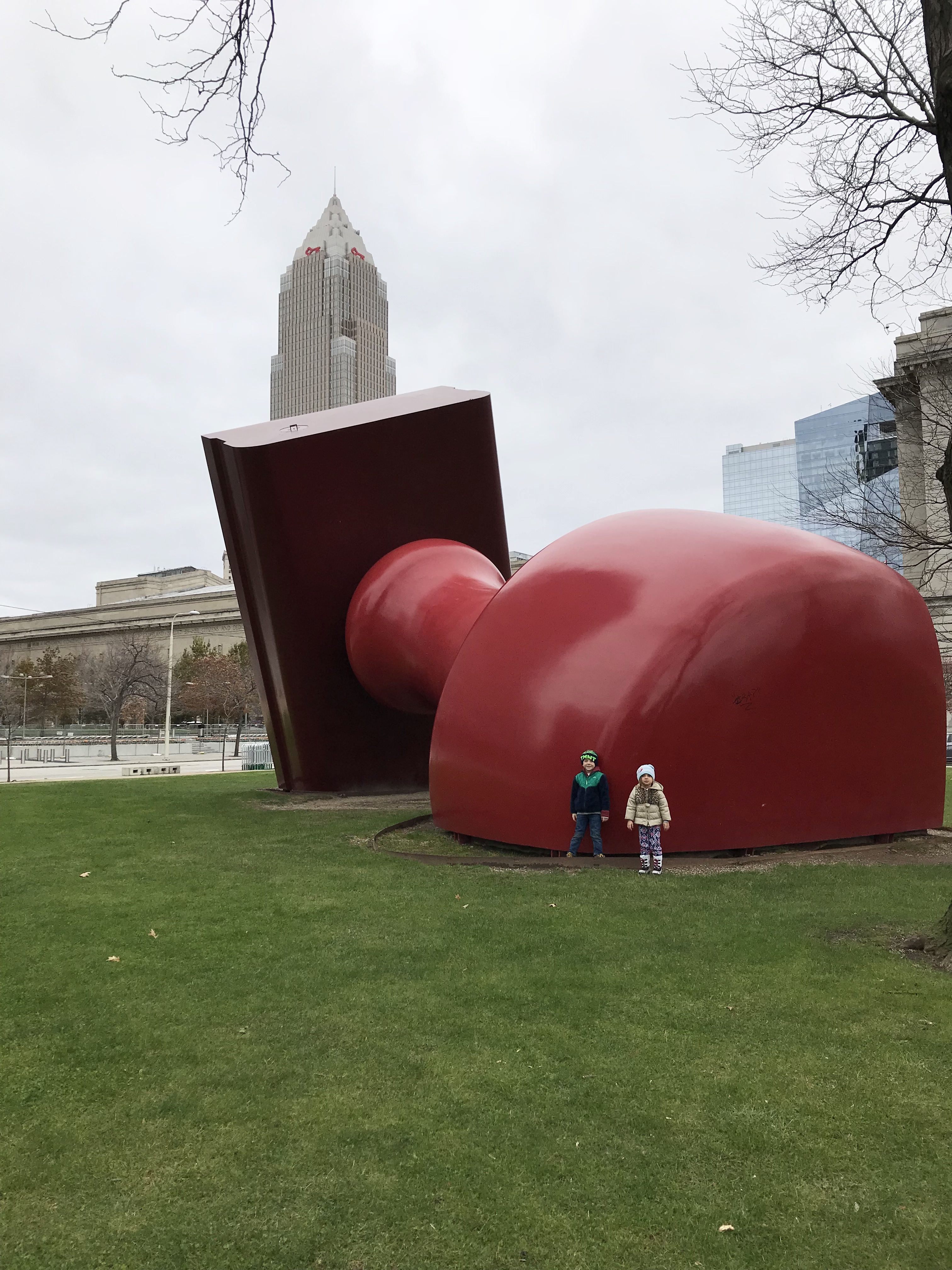 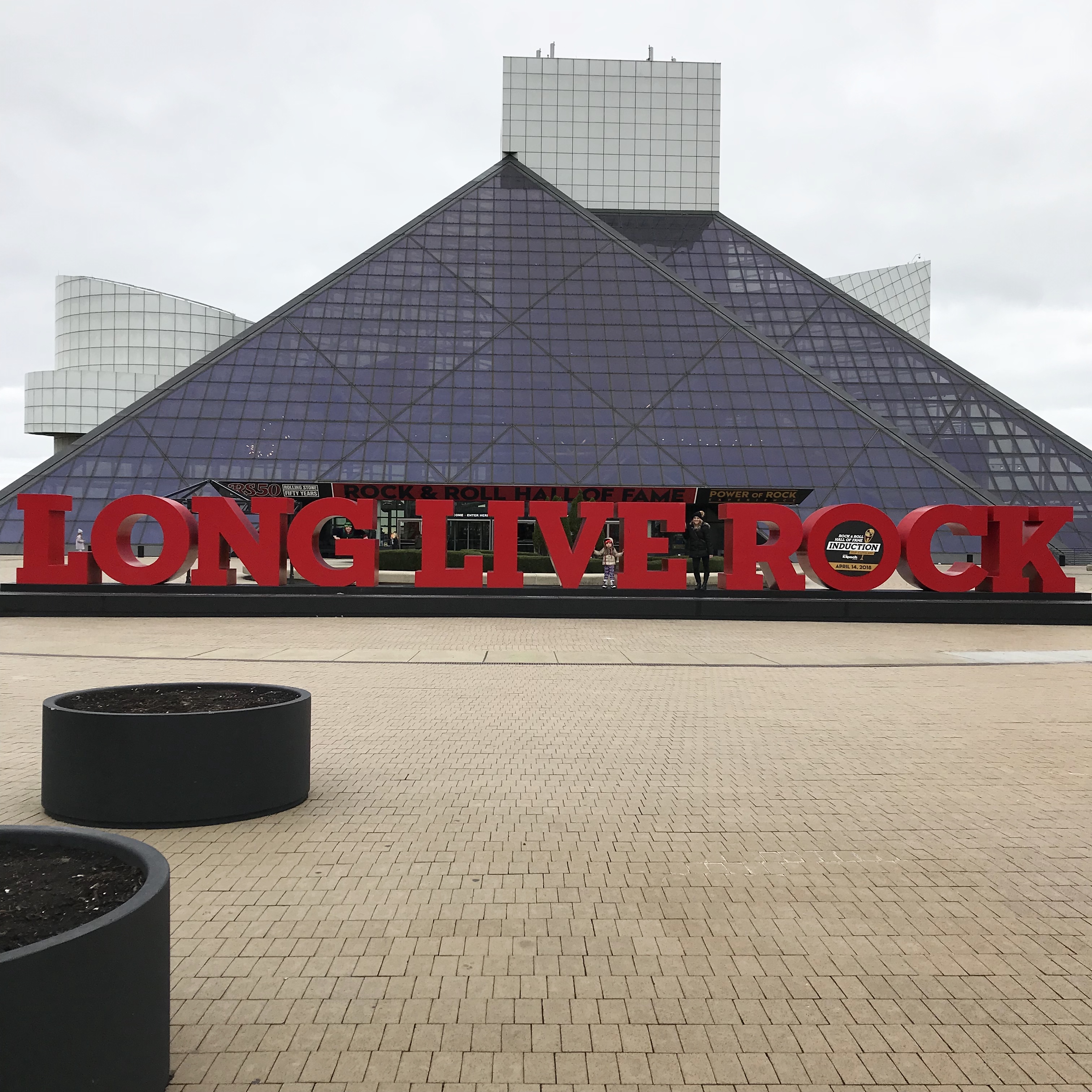 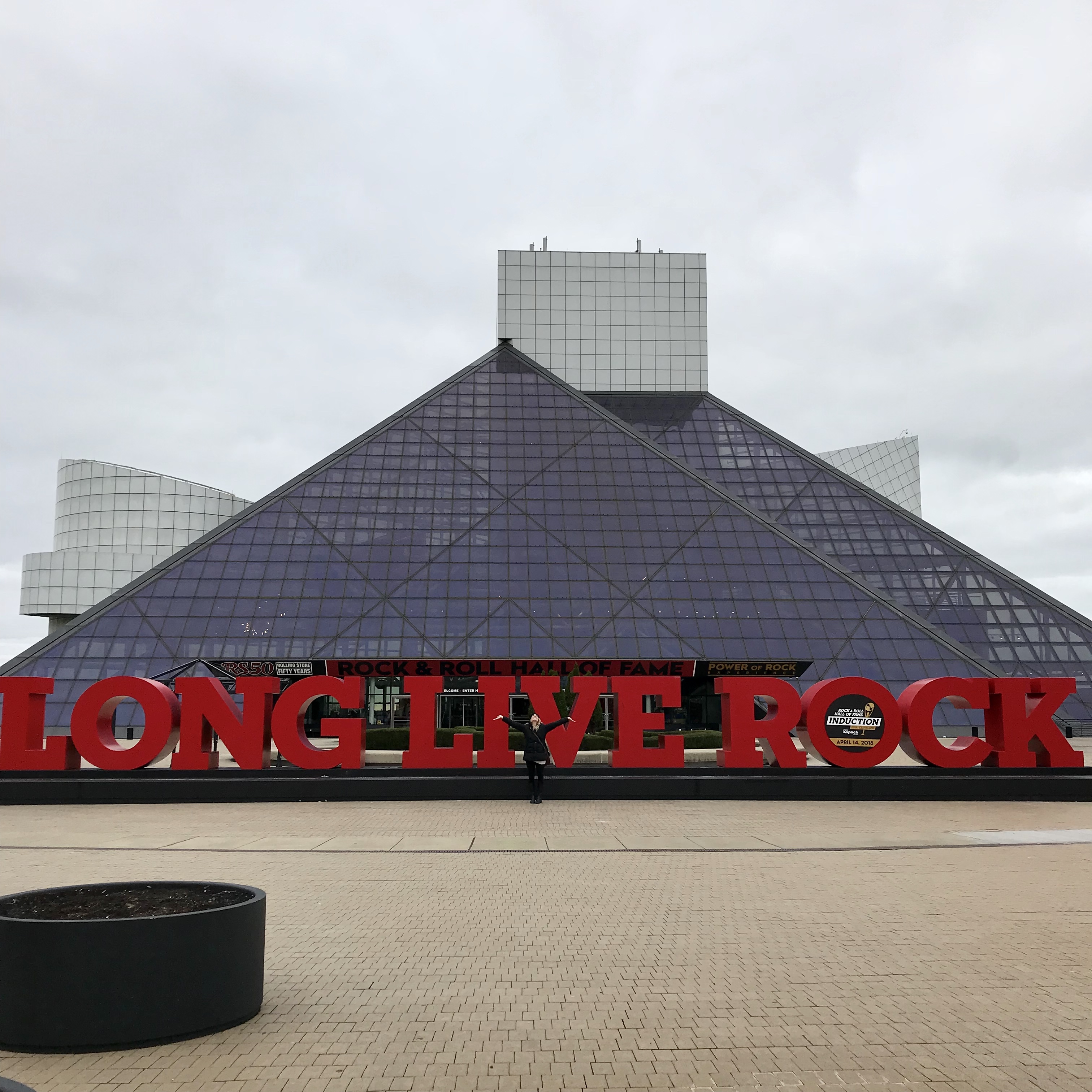 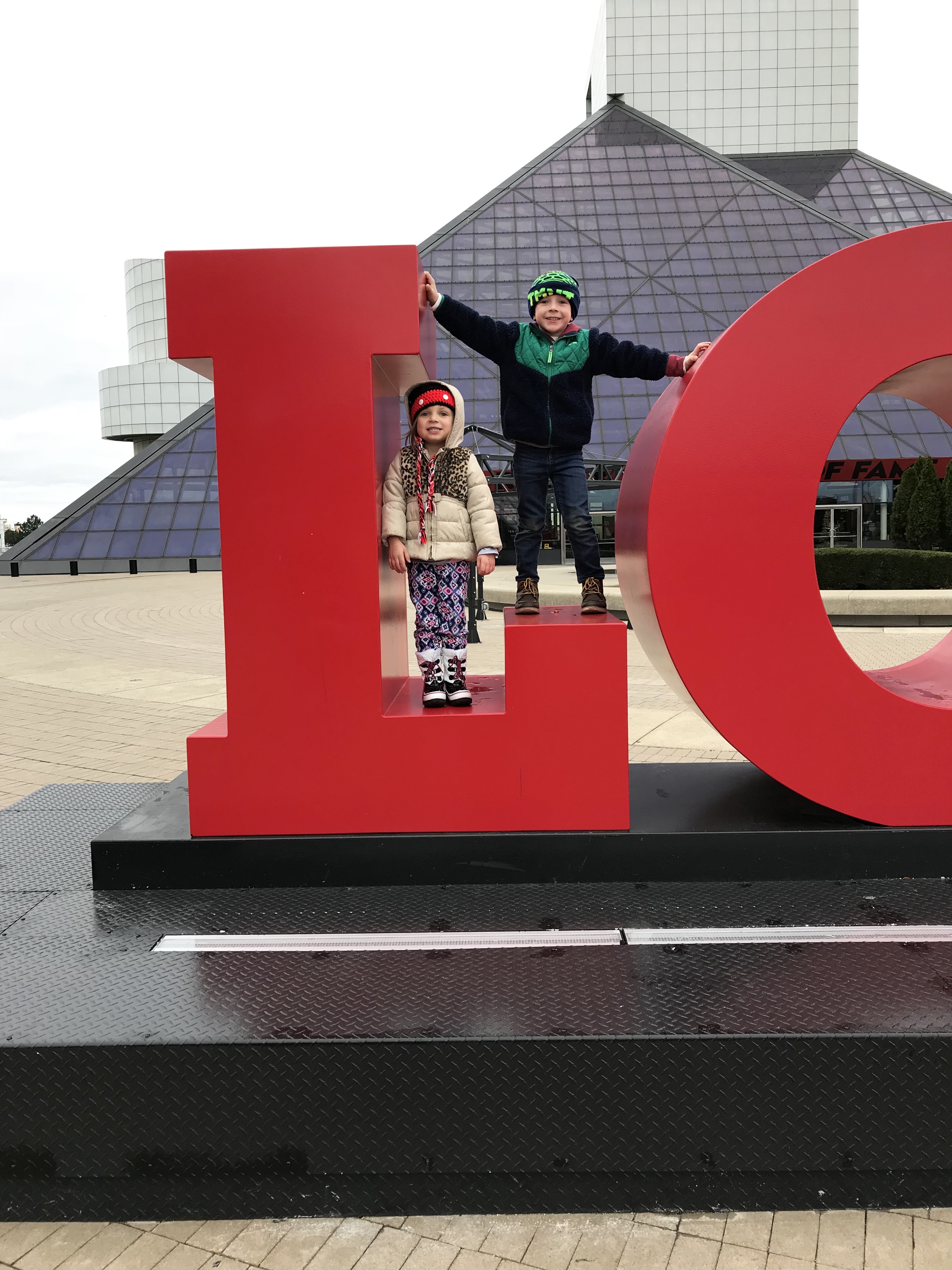 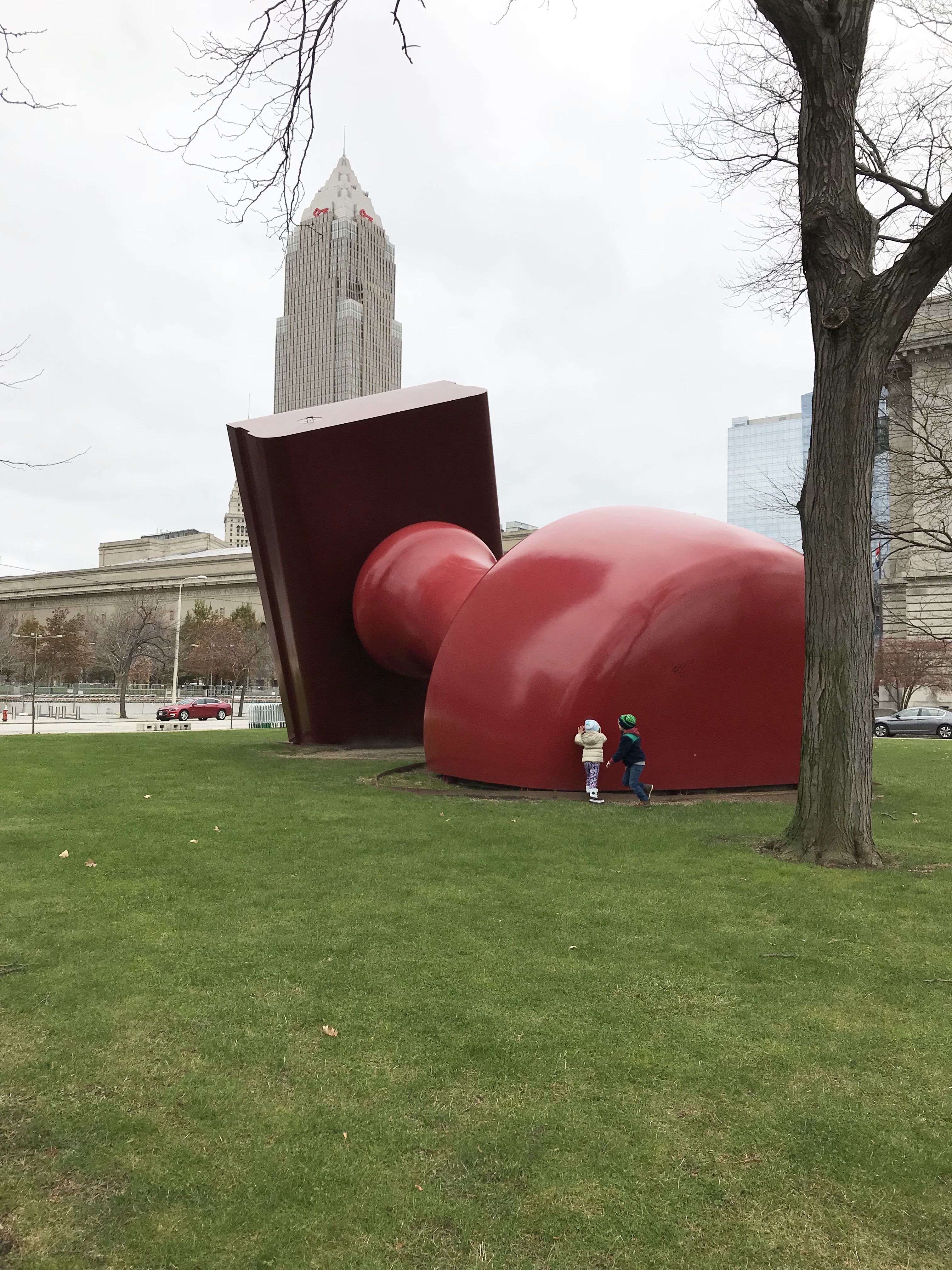 Our DIrect TV went out last Saturday and they couldn’t come fix it until the following Monday ( don’t even get me started on how I felt about that). Which meant we had to go to my parents house Thanksgiving morning so I could watch the parade. Because duh, traditions! I also sent my husband to grab a newspaper so I could peruse the Black Friday ads. Yes, I know they’re available online but there’s something about physically sifting through all of them that makes me happy. 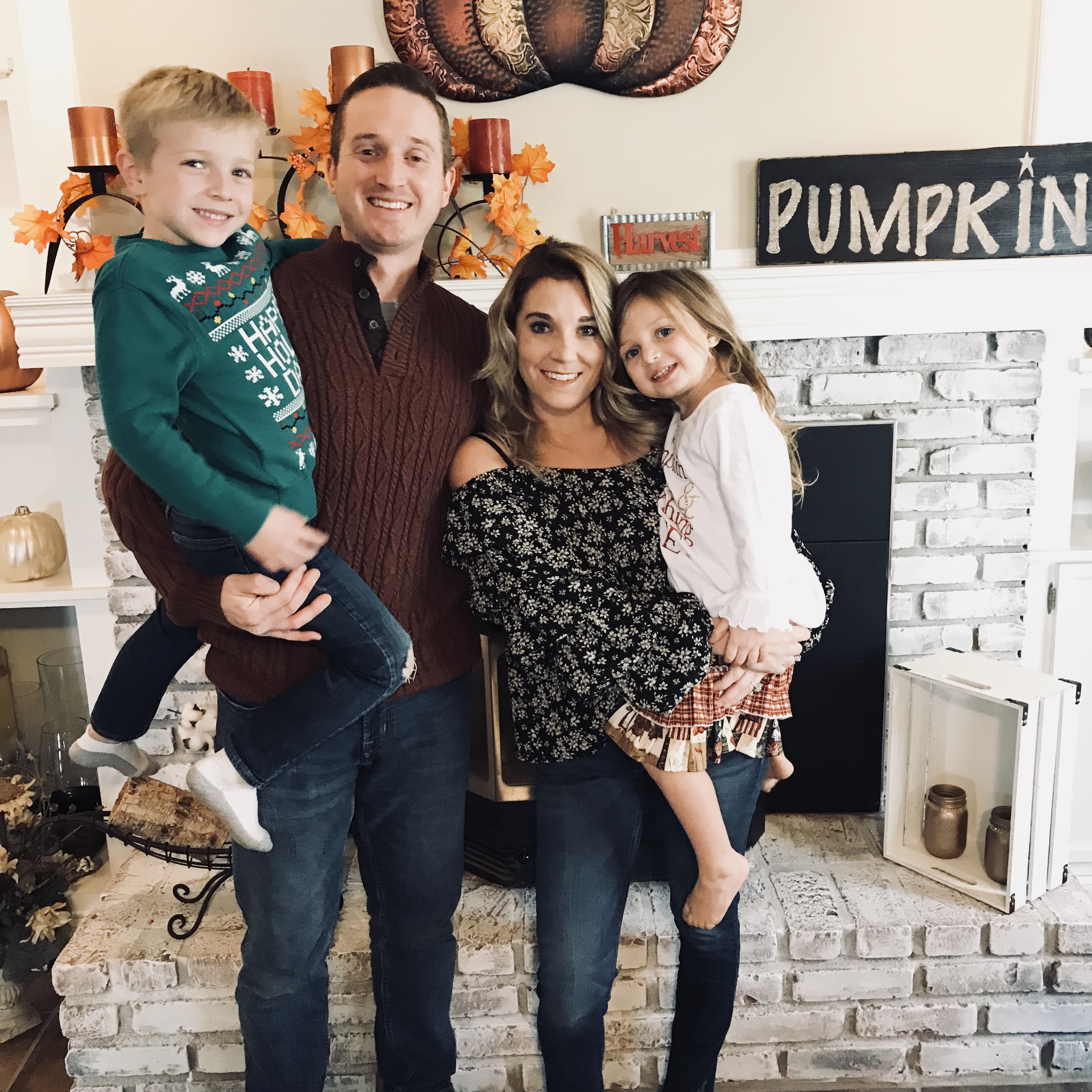 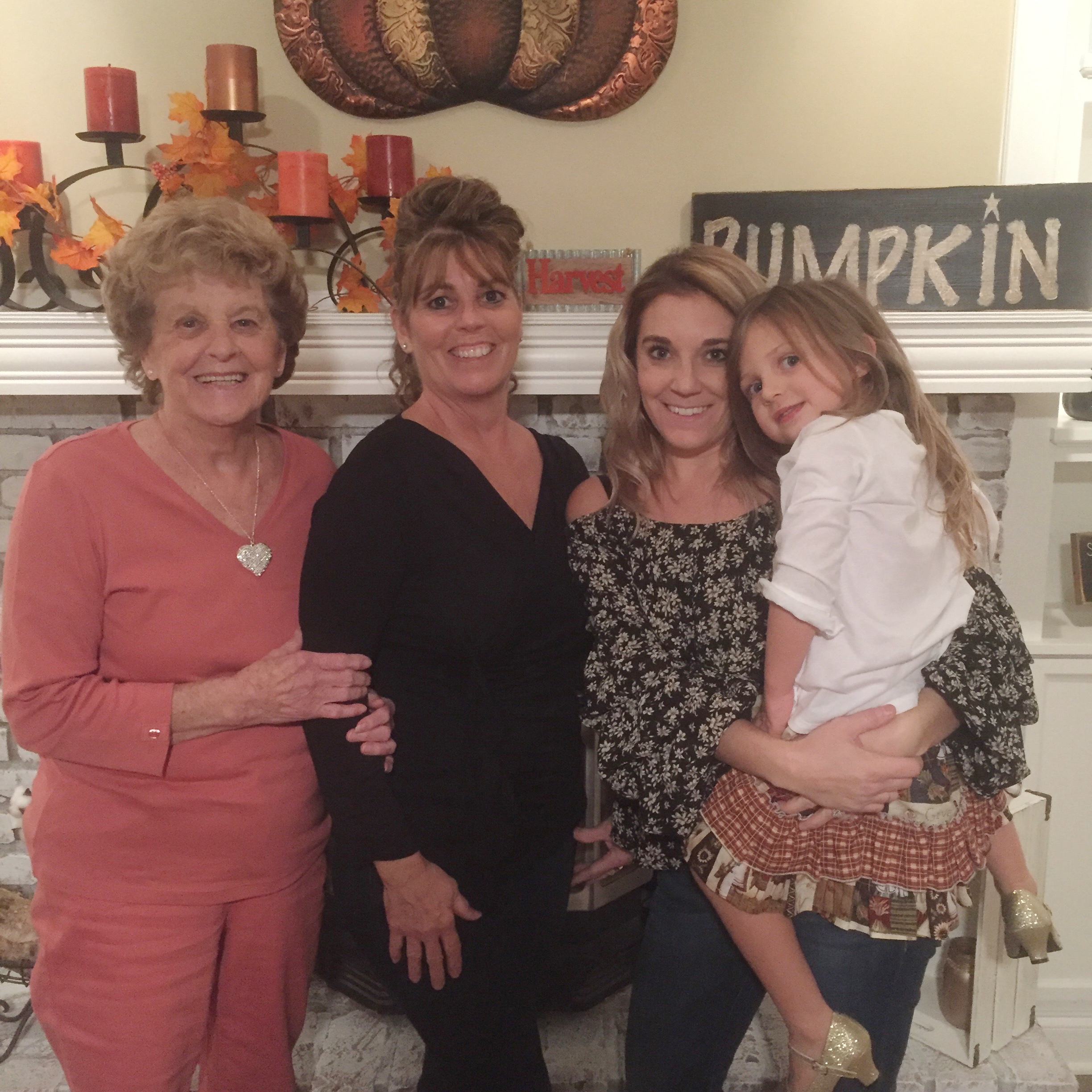 Since I did all of my shopping from home on Thanksgiving after filling my belly, we had the entire day on Friday to just hang out as a family. It was actually really nice out that day so we took a nice little nature hike and the kids played outside for a lot of the day. Friday night consisted of our usual Friday night pizza and we started a new prison documentary on Netflix. #thecoolest, I know. 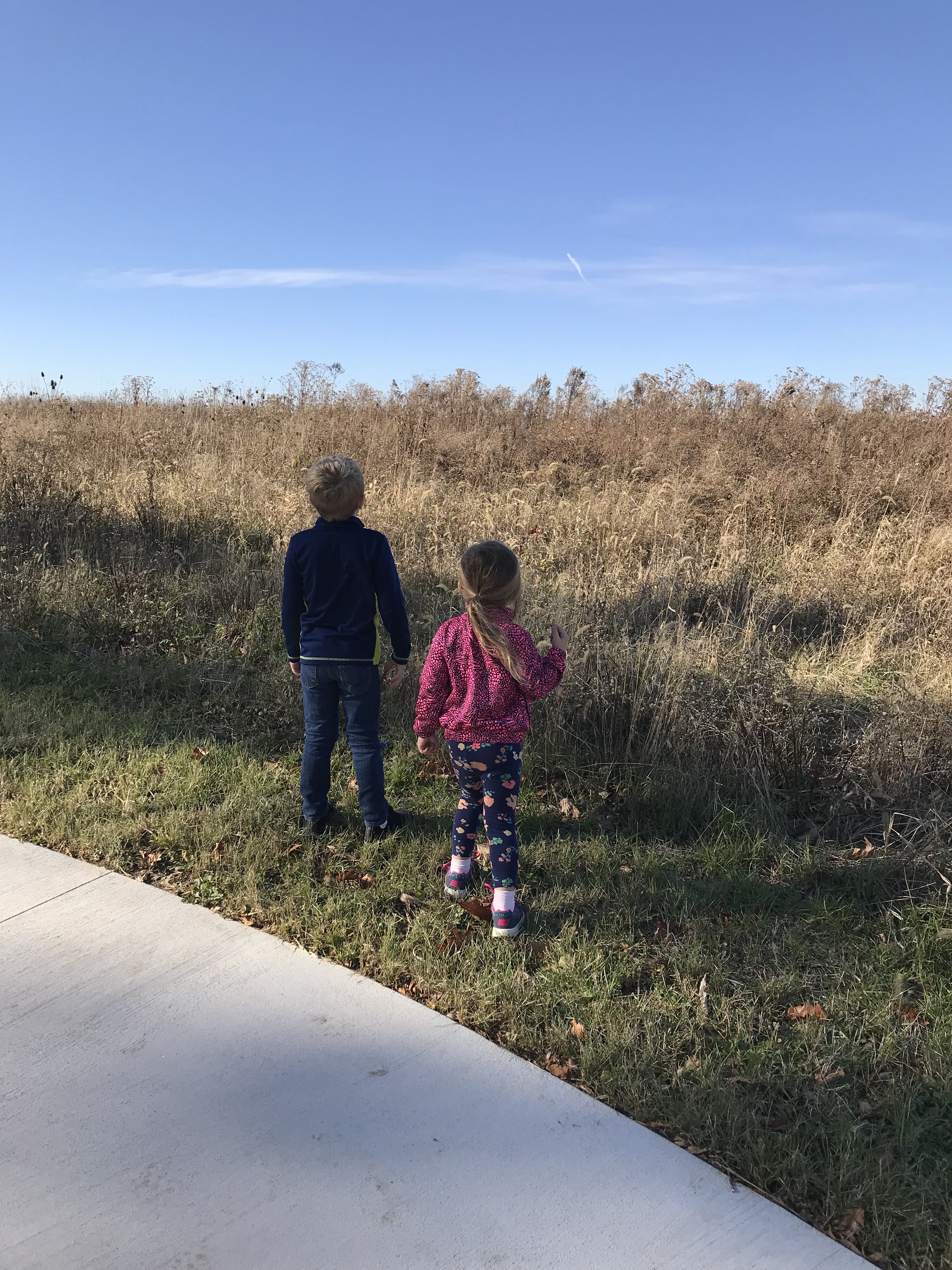 Saturday was girls day out! My mom, P and I headed to a few local flea markets in support of Small Business Saturday. We pretty much just hung out and watched football for the rest of the afternoon before it was time to get on the party bus and surprise our friend for his 30th birthday. They had made reservations at the dueling piano bar The Big Bang and it was SO. MUCH. FUN. 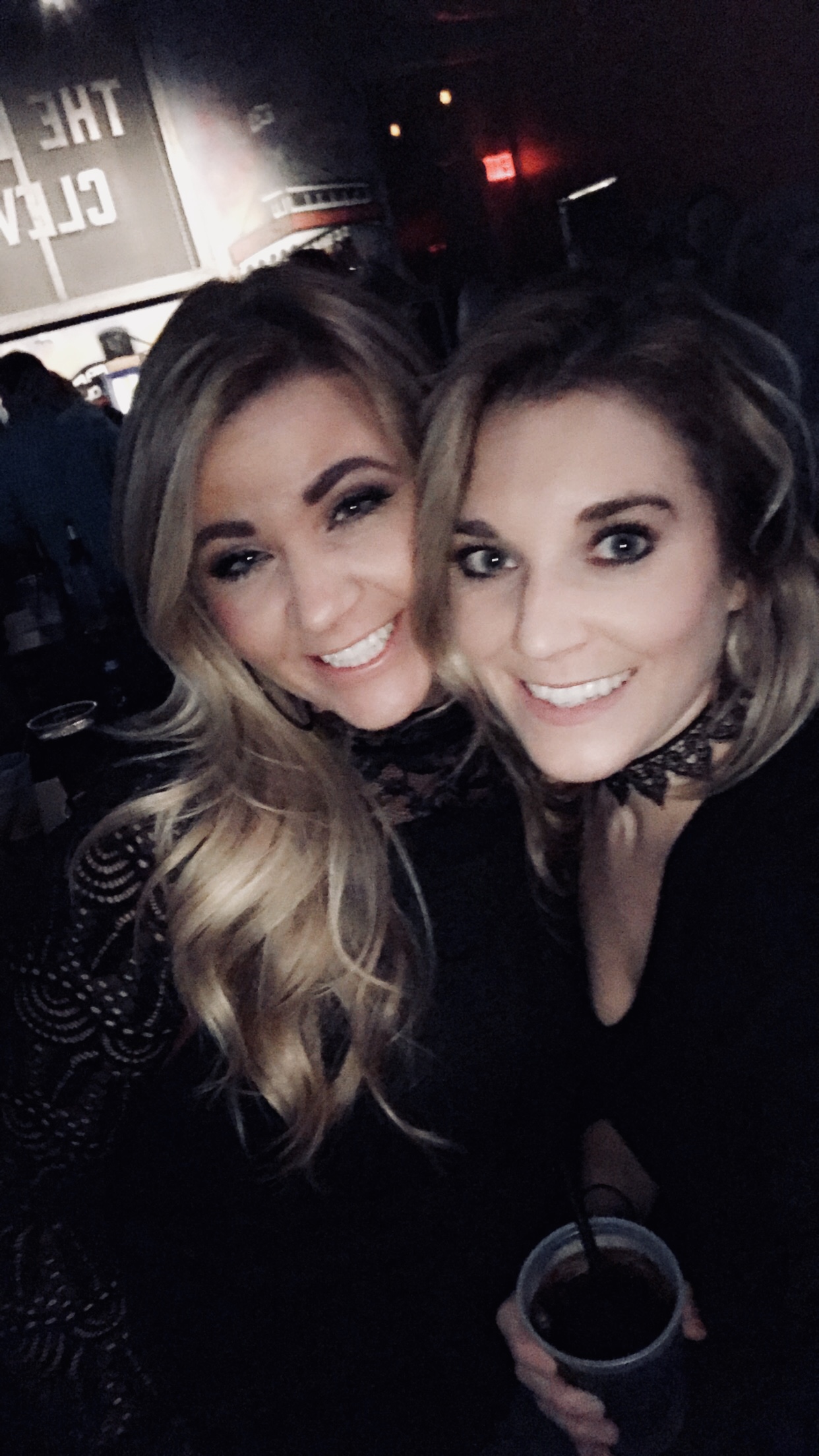 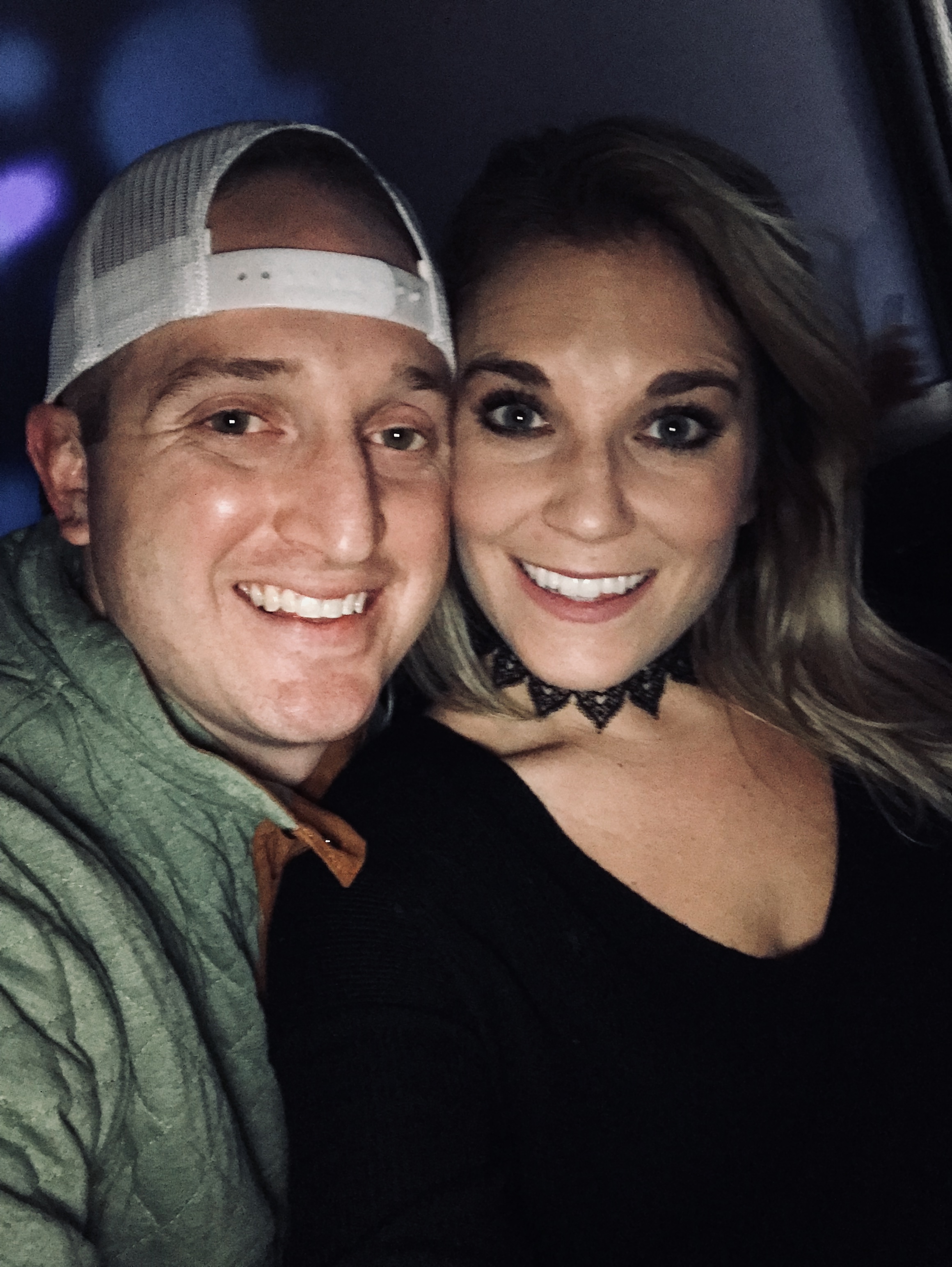 I’ve been dying for family photos at a Christmas Tree farm so we had a quick photoshoot Sunday afternoon. My cousin and her kids came over for a playdate later in the day and ran around like banshees while we sat by the fire and enjoyed some quiet time!

It’s going to be another adjustment this week as Z starts back in the workforce, other than the military. Which is all we’ve ever known together. But I think he’s really going to like his job and I am so proud of him for taking a chance and sticking it out for something he really wants to do.

Hope you all had a fabulous holiday week and LET THE COUNTDOWN TO CHRISTMAS BEGIN! Jk I’ve been counting down for weeks but shhhhhh…. XO!