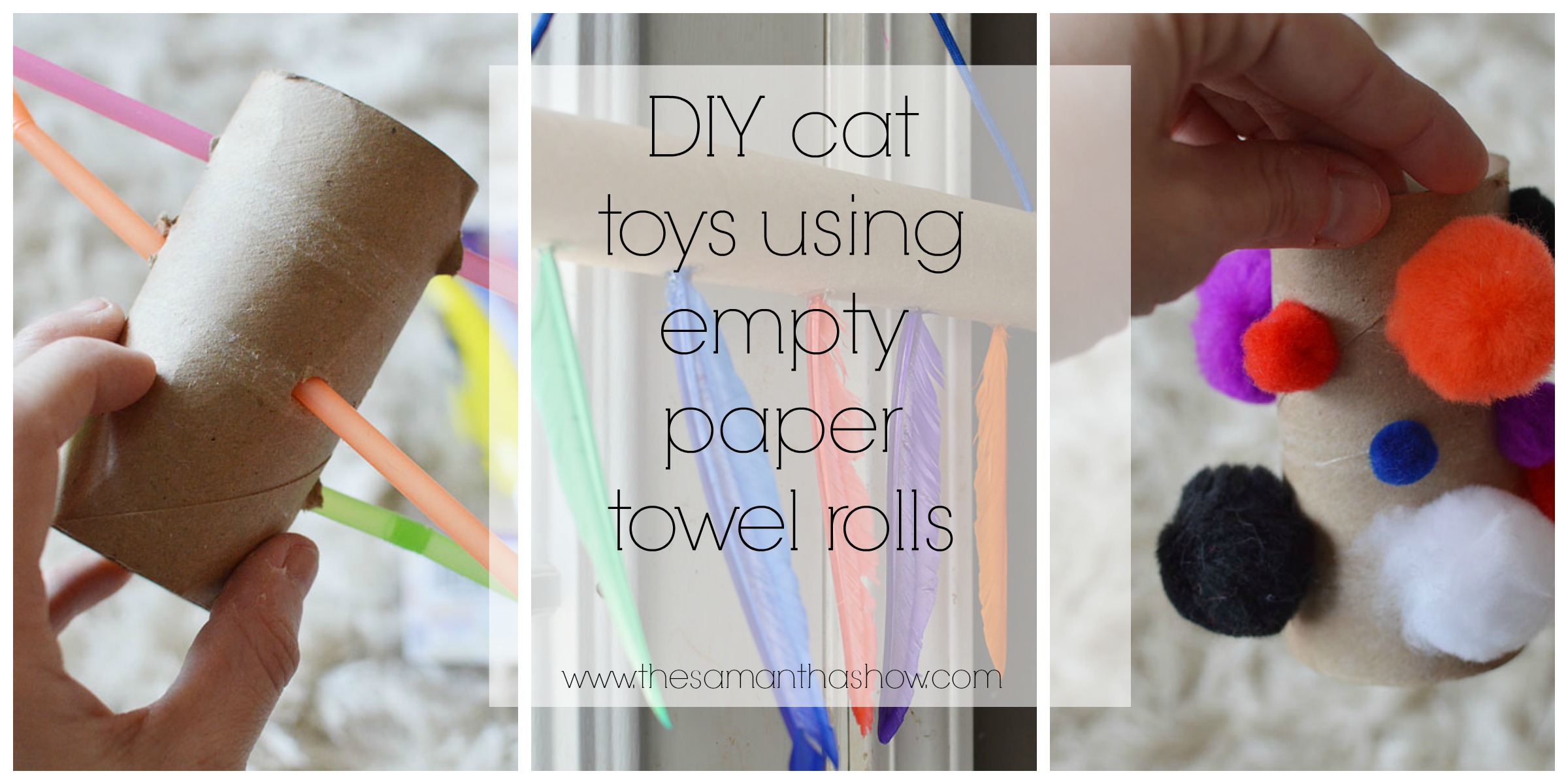 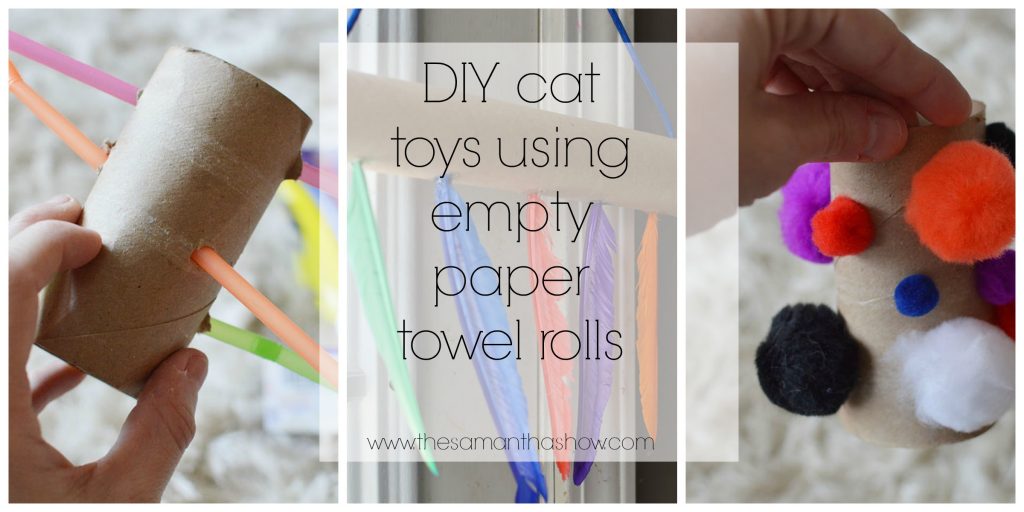 I grew up with dogs. We had two during the time I lived with my parents and then eventually Zach and I got our own when we got married. To be honest, I didn’t think I liked cats. I guess I just didn’t know anything about them and just assumed that meant I didn’t like them.

Fast forward to last December. A friend of mine had mentioned she had tried to take care of her cat’s sibling, but it wasn’t working out. So the day after Z came home from deployment, we took that sweet baby into our home. We named (and by we I mean my son) named her Princess Sofia the First.  She was snuggly but mischievous, and it took me a little while to get use to her nocturnal behavior. I swear, she immediately decided to go buckwild the second my head hit the pillow and the lights went out.

Things were going well for a few days. One night, Z and I were laying on the couch when we noticed Sofia was dripping blood. We looked at her tail and realized she somehow had broken it. It was one of the grossest things I had ever seen and I had no idea what to do. Long story short, she had to have her tail amputated and $500 later, she was good to go. So you think I would be good with just one cat after that debacle, right? Wrong.

We spotted a little kitten at the Farmer’s Market downtown one day. A jewelry vendor was giving them away and he was the last one. He was so tiny and adorable and we had to have him. And again, we let my son name him. So he became Little Elf. And I’m so glad we got him because these two kitties are best friends. They clean each other, cuddle together, and cause chaos in the house. But they have each other and I love that. It also gets our dog off the hook…

When I first got them, I purchased all of these fancy toys. But I soon came to realize they liked household items better; cotton swabs, hair ties, straws, etc. And that they were obsessed with feathers hanging on my daughters wall. So I grabbed a bunch of supplies at decided to make my own cat entertainment! Keep reading to learn how to make these DIY Cat Toys using empty paper towel rolls. 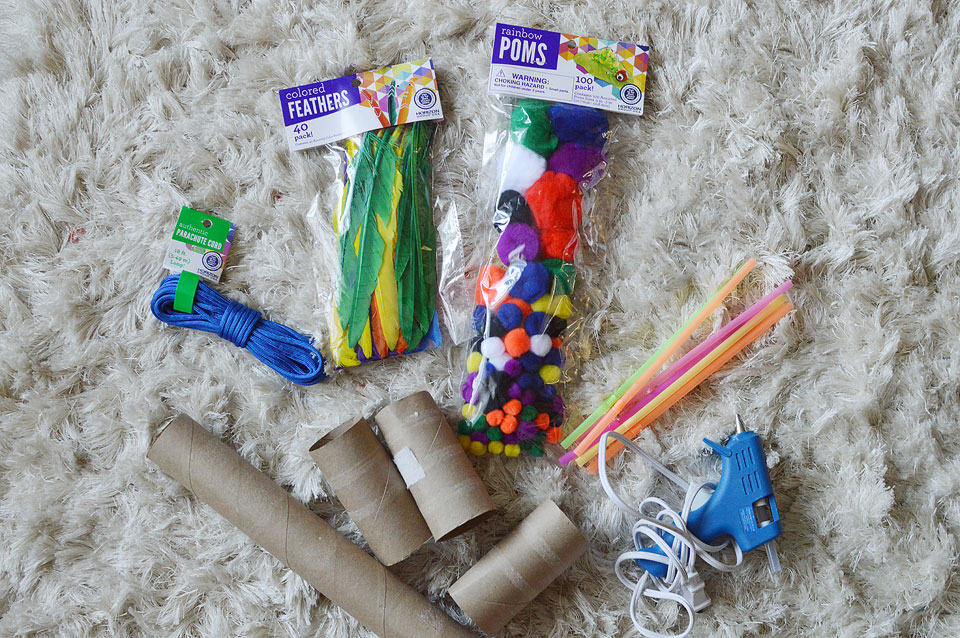 I used a few supplies and made three different types of cat toys:

I poked holes in the toilet paper roll and put straws through the holes. Be careful not to make the holes too big.

Some I put straight through and others I had going up or down. Make it fun!

Next I put a little hot glue around the ends of the straws so they wouldn’t fall out. 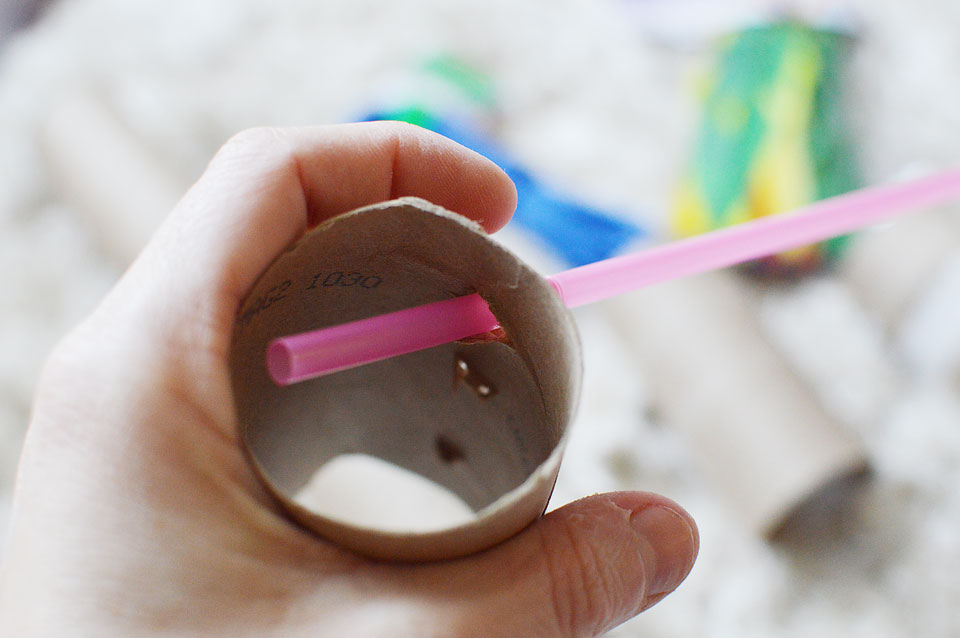 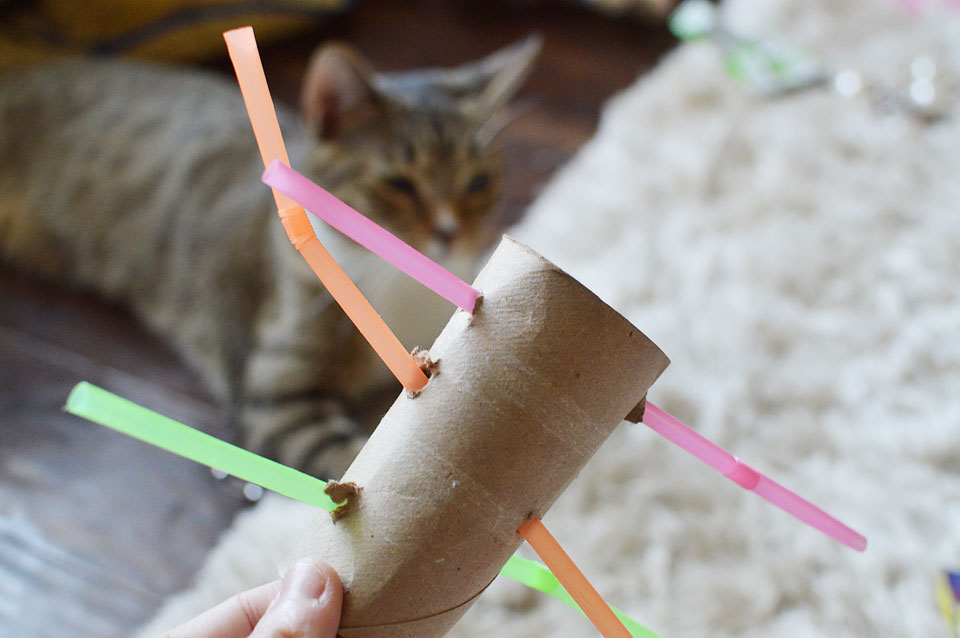 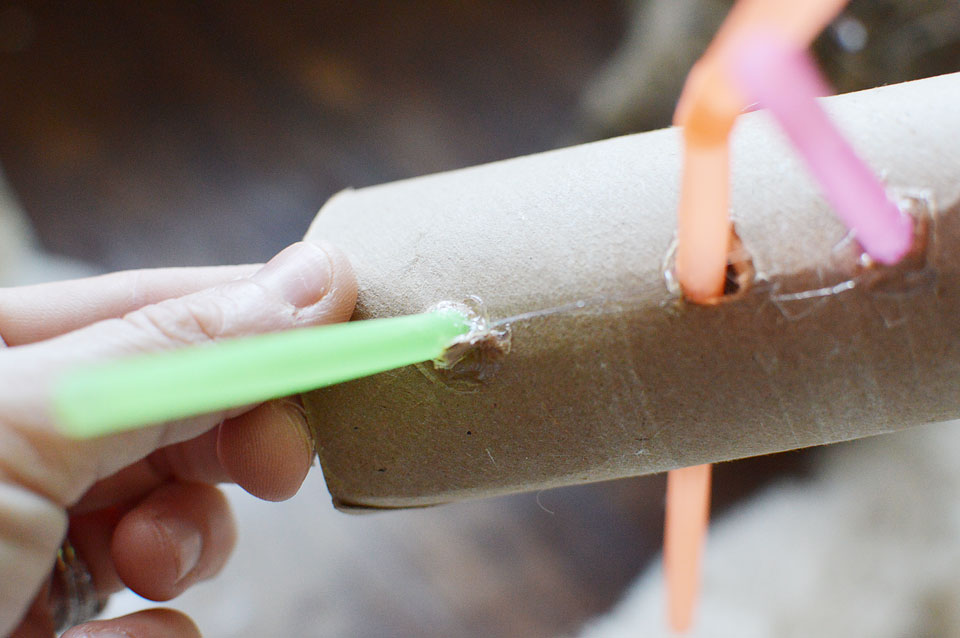 I hot glued different size pom poms to the toilet paper roll. These were also a hit by themselves 🙂 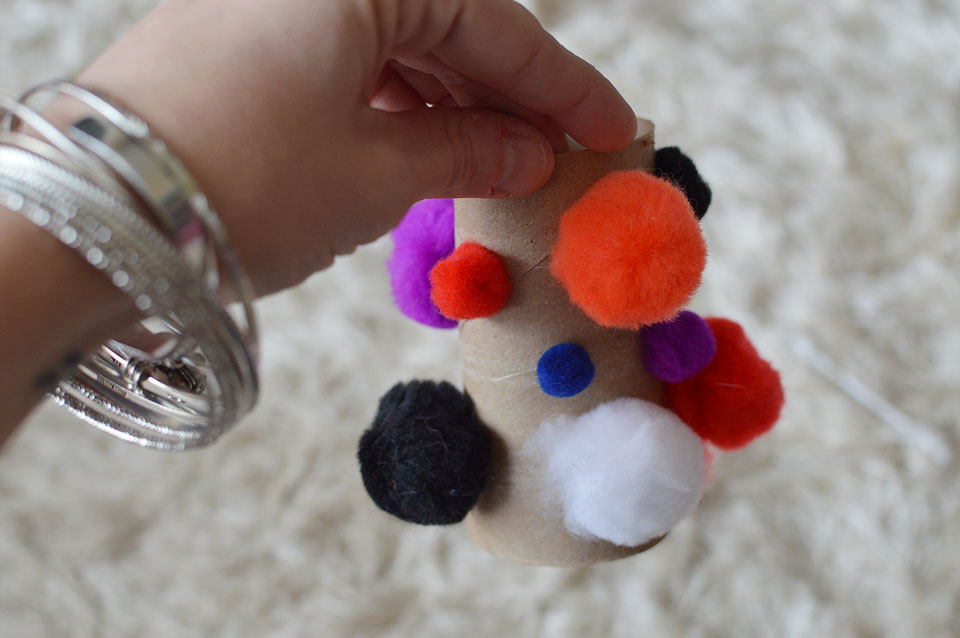 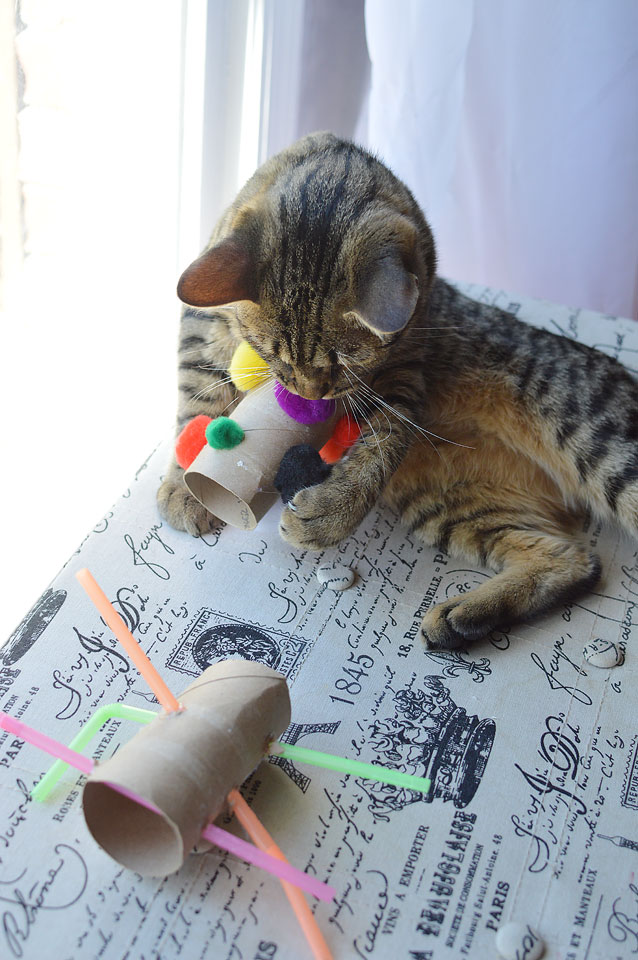 Like I mentioned, the cats love feathers. I used a paper towel roll and cut 5 holes. I used a pin to make the hole and then wiggled it around, careful not to make it too big.

I put 5 feathers through and put glue around the ends of them to make sure they stayed.

Then I cut two holes at the end and threaded string through so I could hang it on the door. They love it! 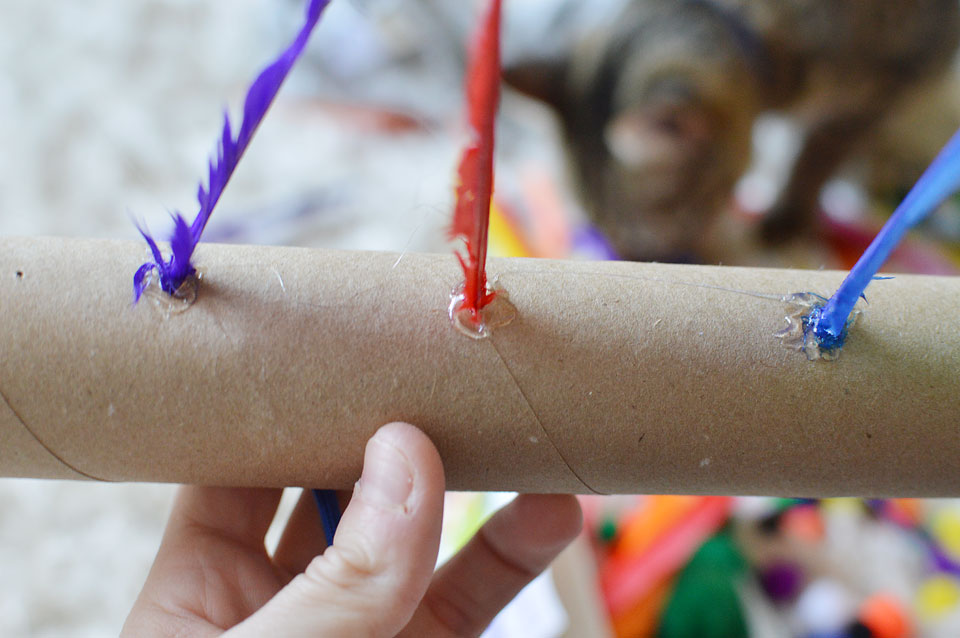 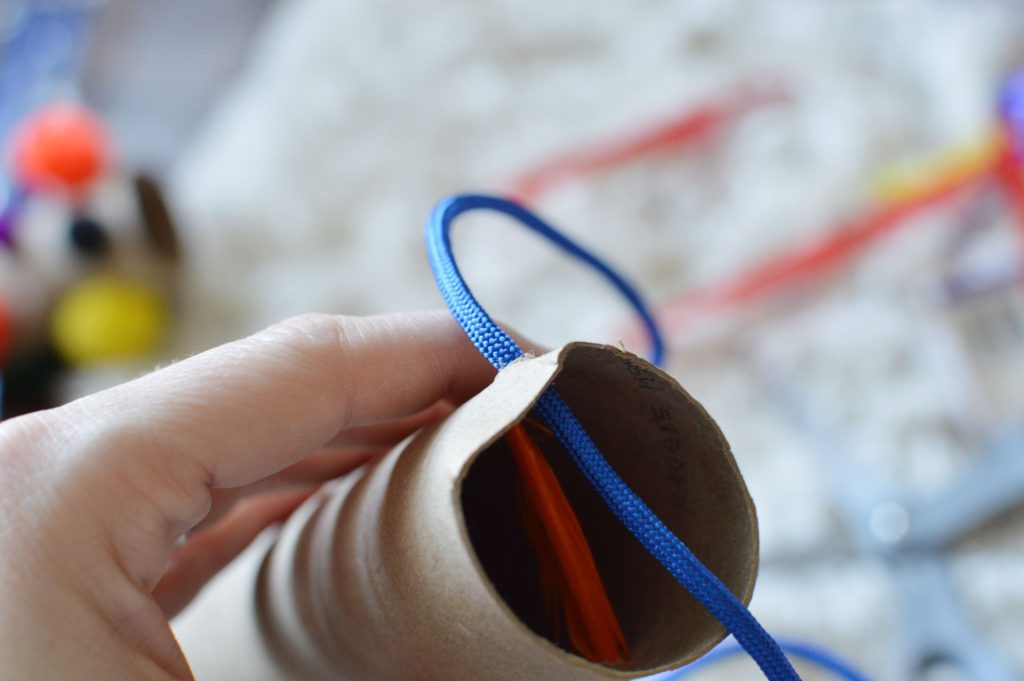 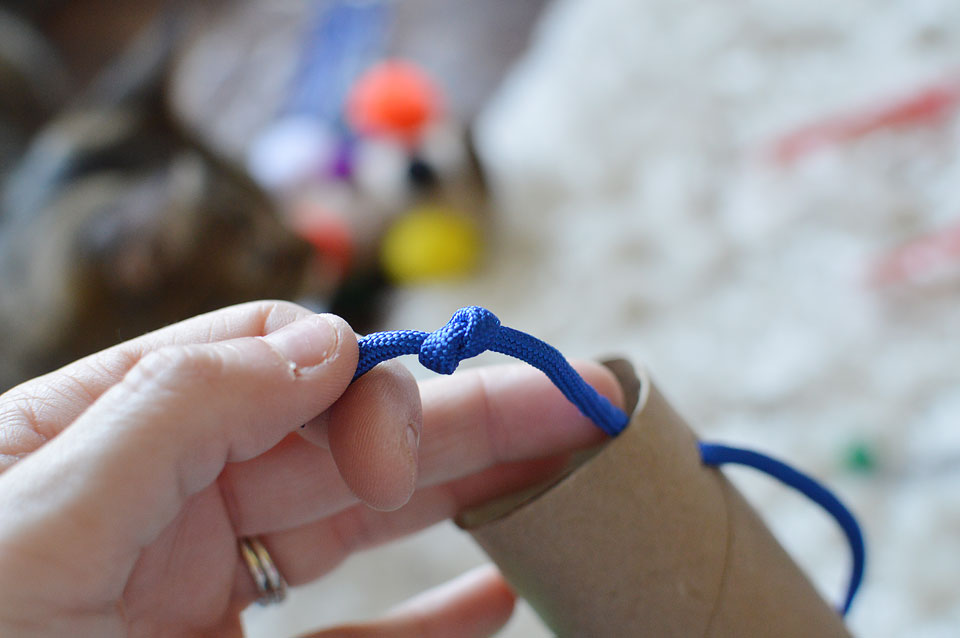 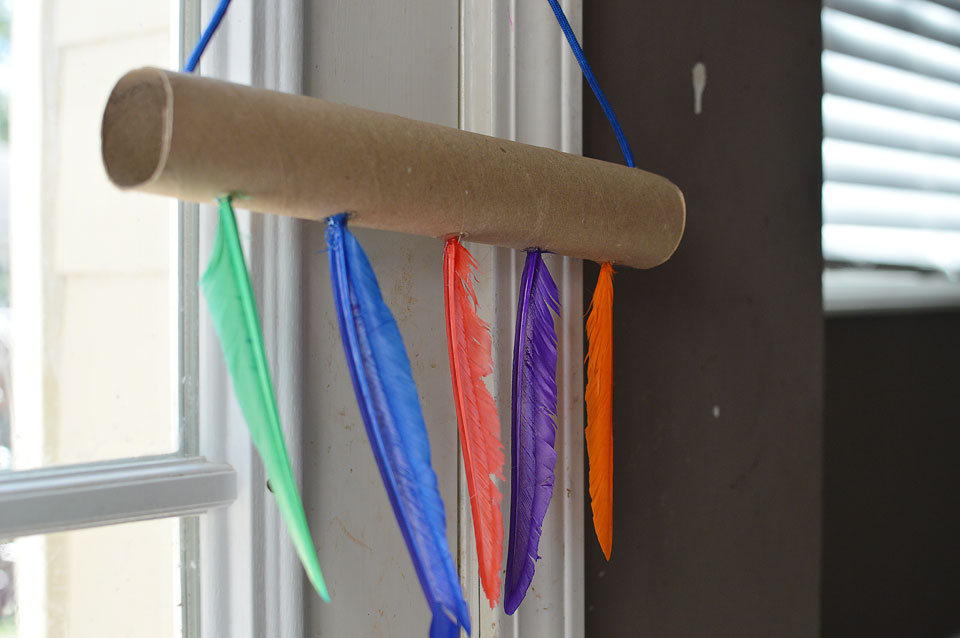 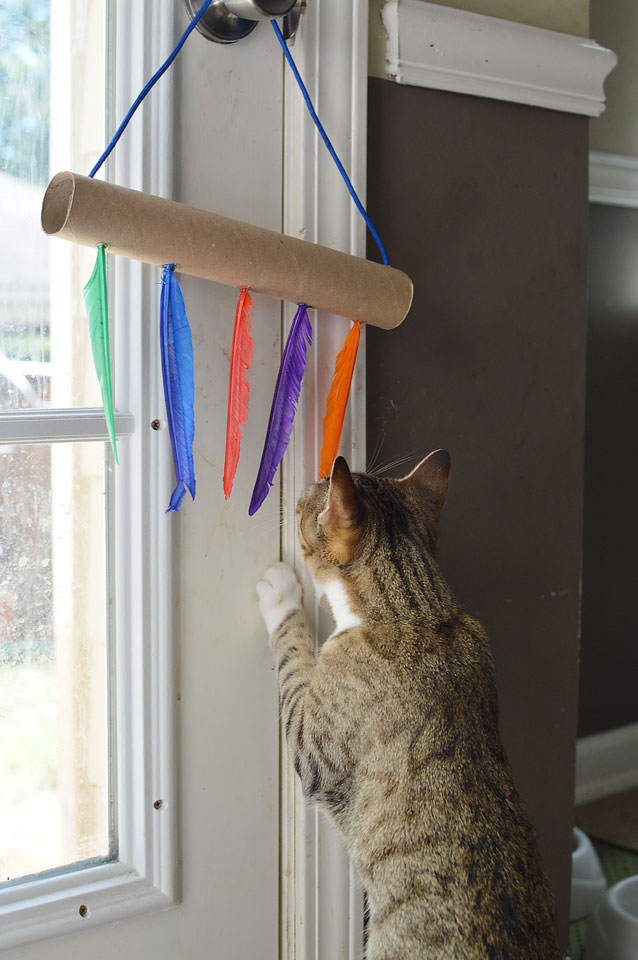 I used to think cats kept to themselves and wanted nothing to do with people. But that couldn’t be more true for Little Elf and Princess Sofia the First. They sleep with me every night are always on my lap while I’m working.  They’re bigger snuggle bugs than my dog! And I’m happy to say that I’m officially a cat lady. Maybe even a crazy one 🙂

« A tale of two princesses. 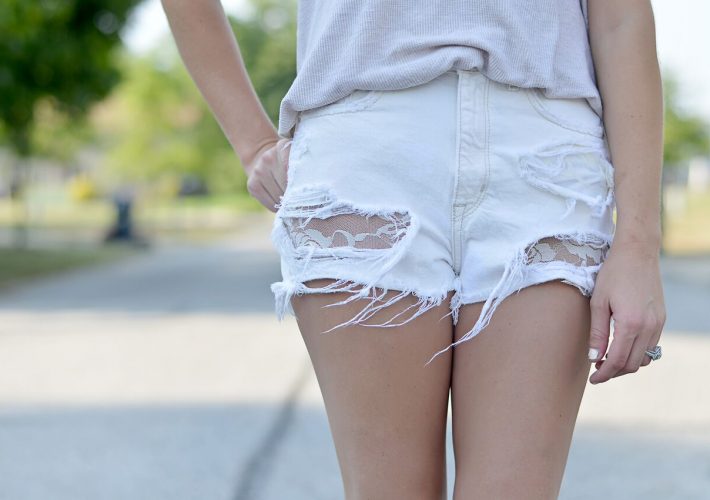 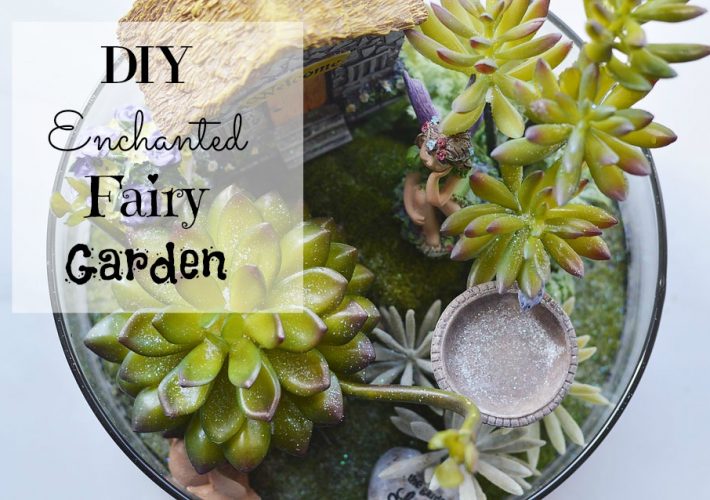 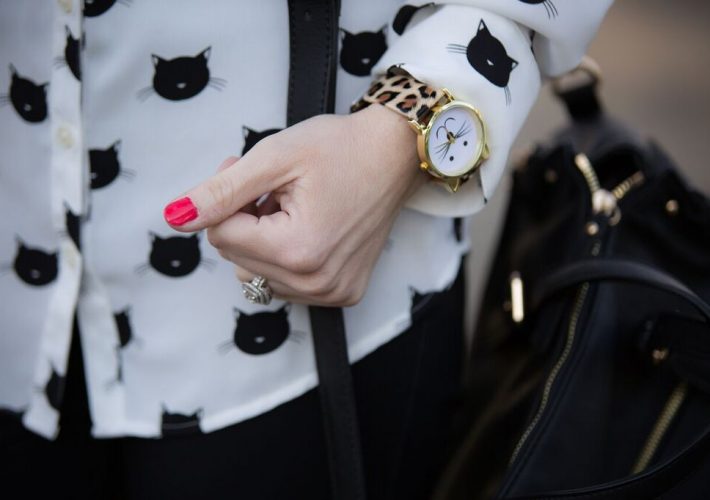