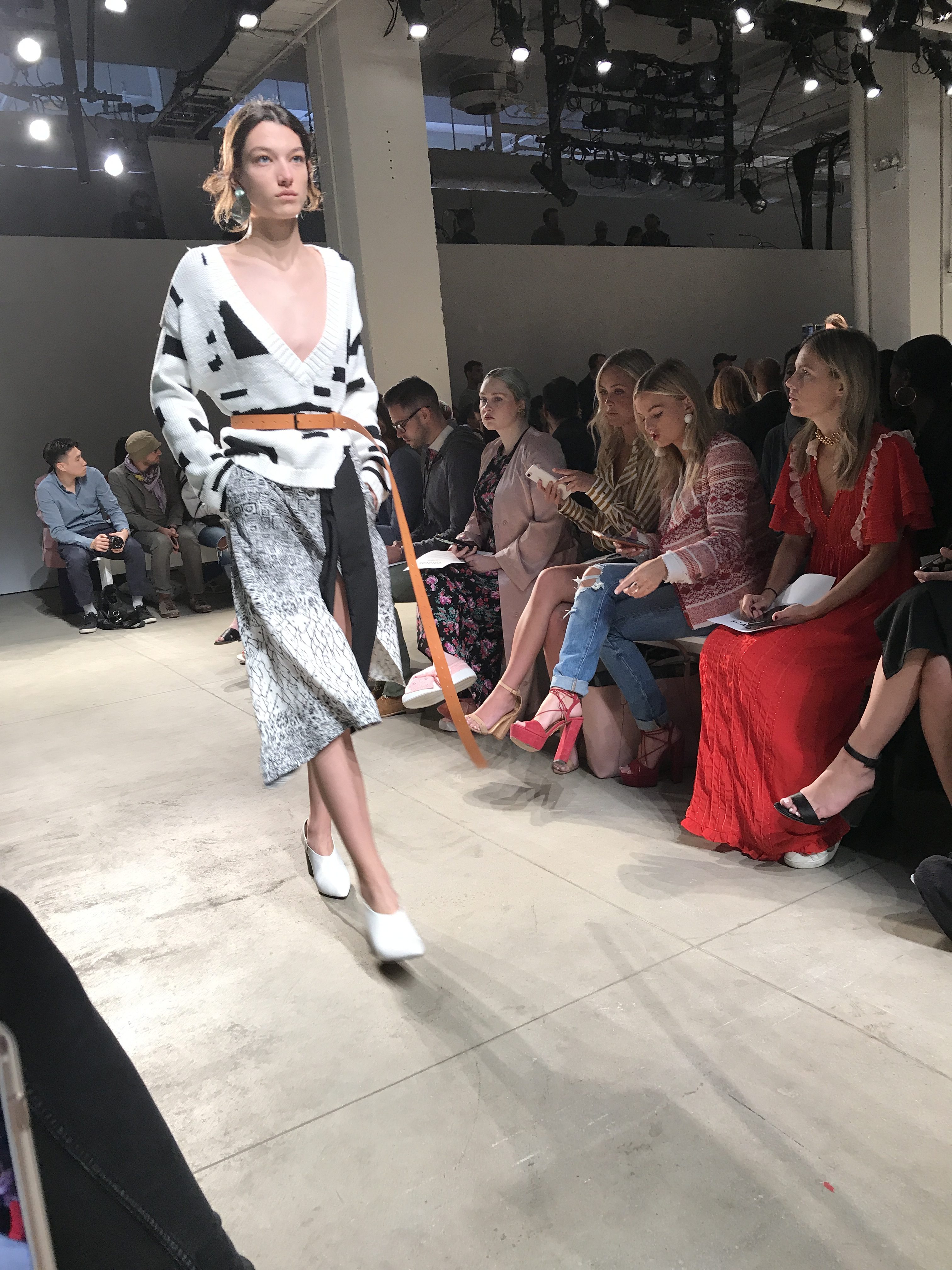 Alright friends, we’re on to Day 2 of NYFW! It just happened to be September 11th and to be honest, I was a little nervous to be in the city on that day. But Kelly assured me that today was probably the safest day to be in the city due to extra security. I also passed a lot of fire stations and churches where first responders were gathered to pay their respects. And then I felt honored and proud to be there on such a monumental day in our nation’s history.

Monday morning kicked off with the Colovos show and this was one of my favorites, by far. The clothes were beautiful and things I would actually be able to wear! (Which can be rare during fashion week). 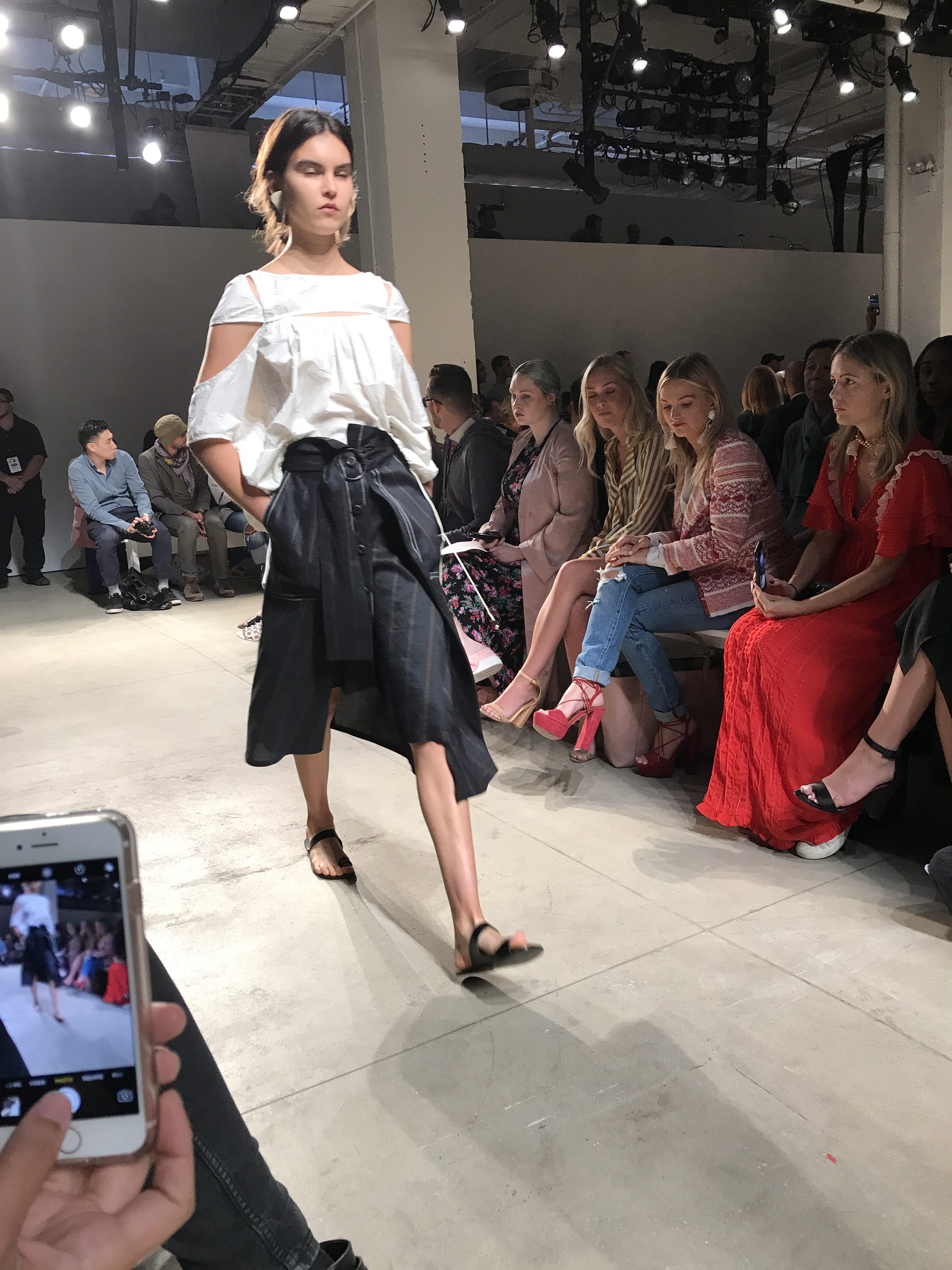 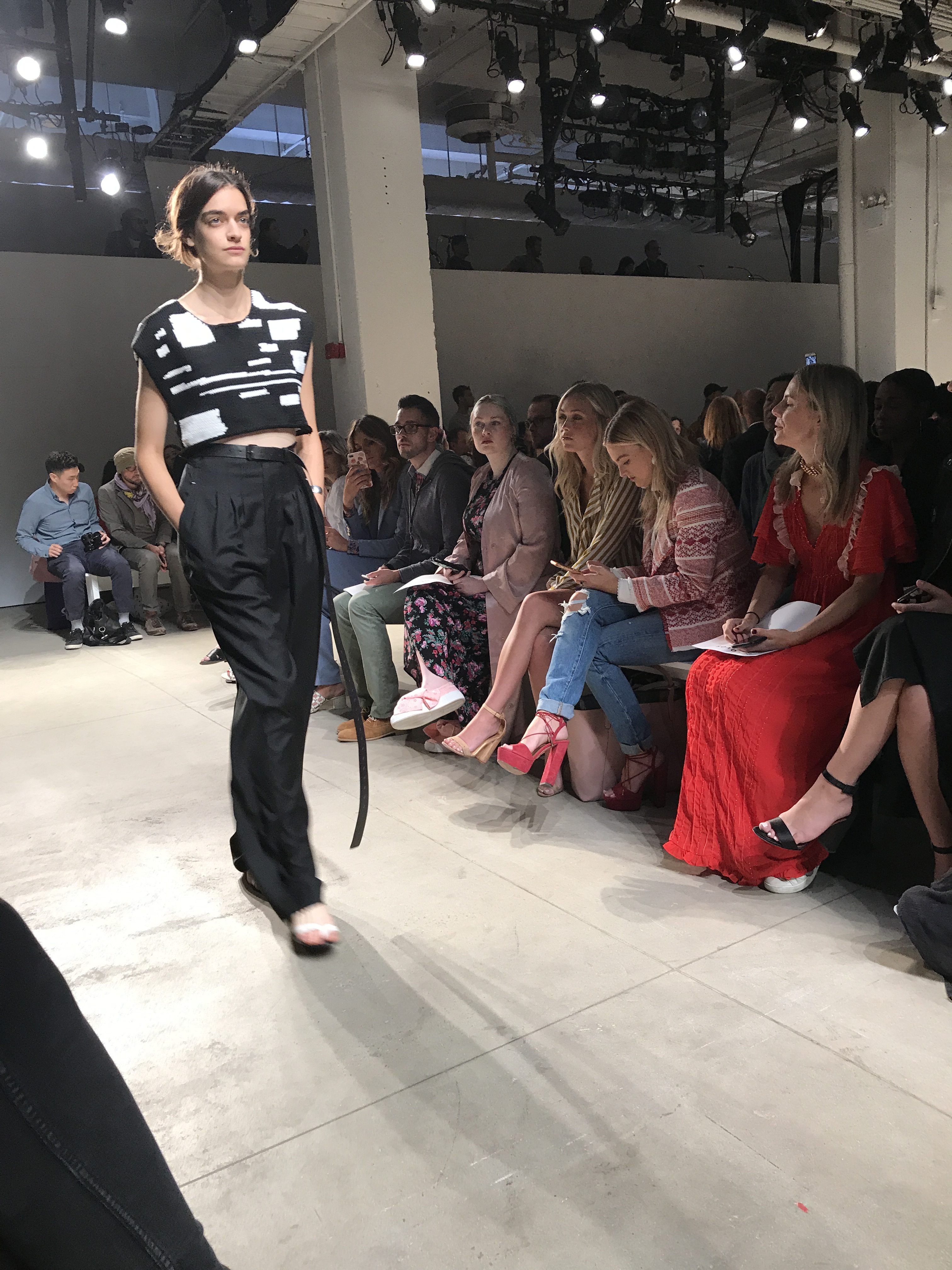 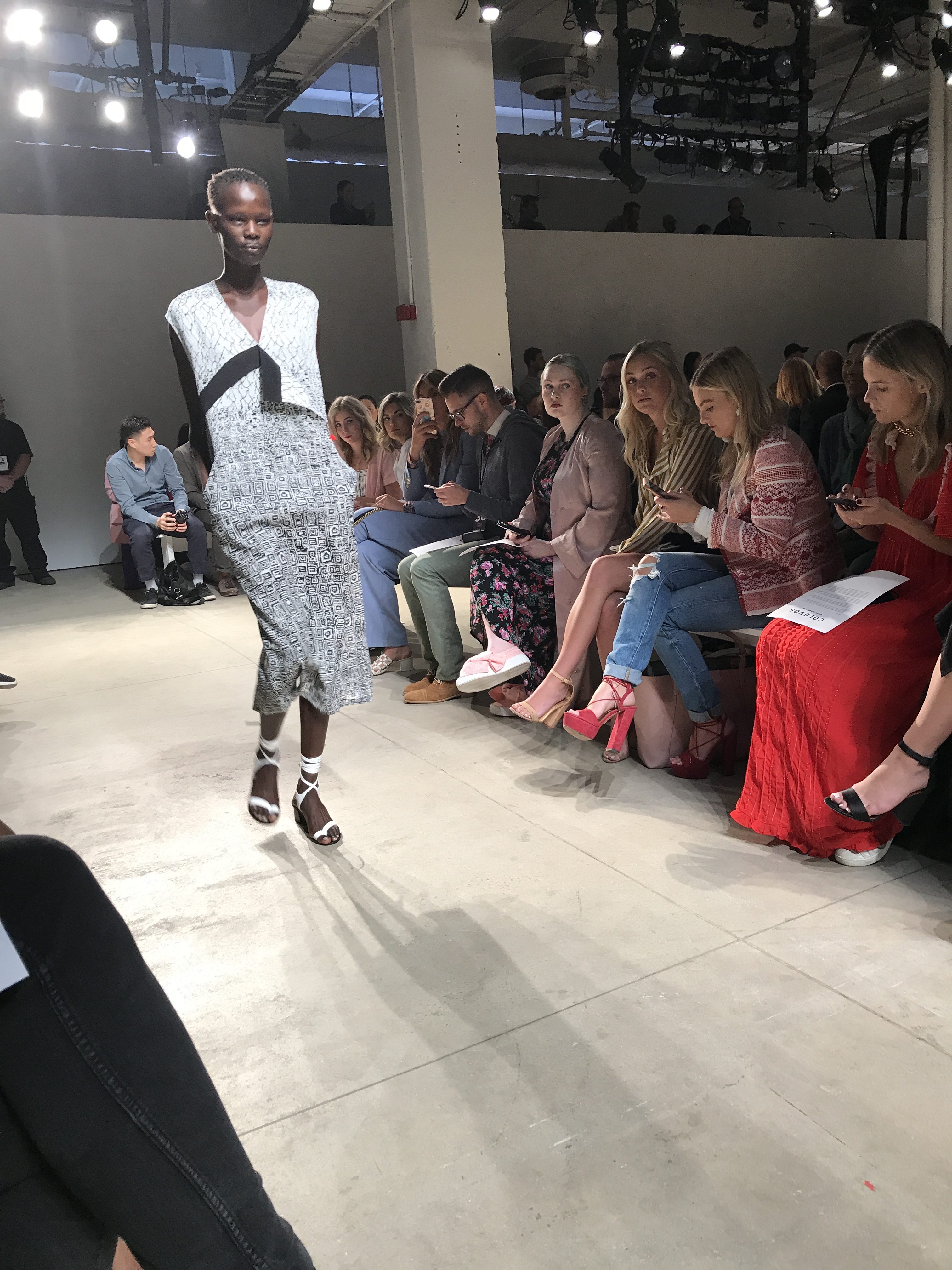 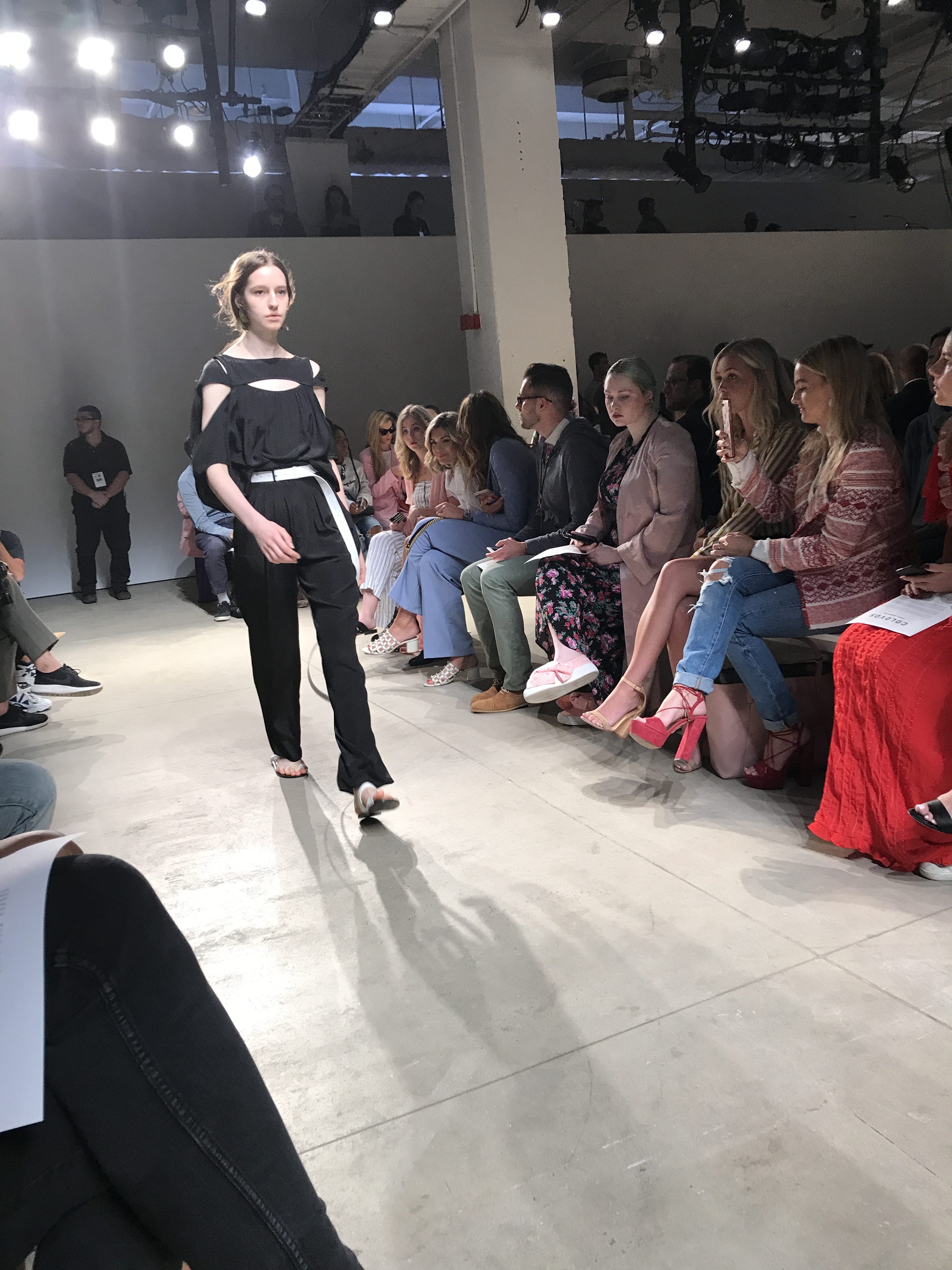 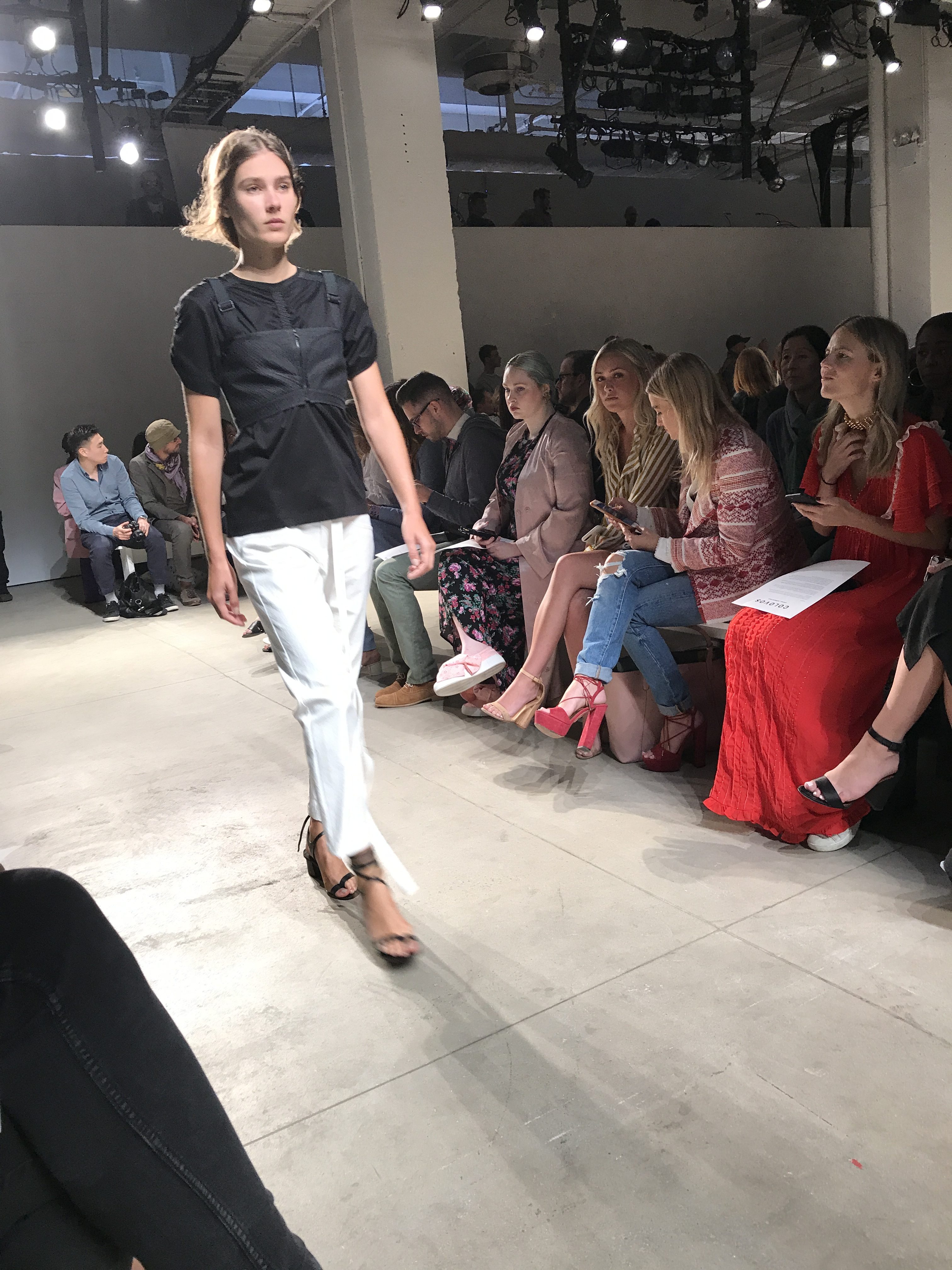 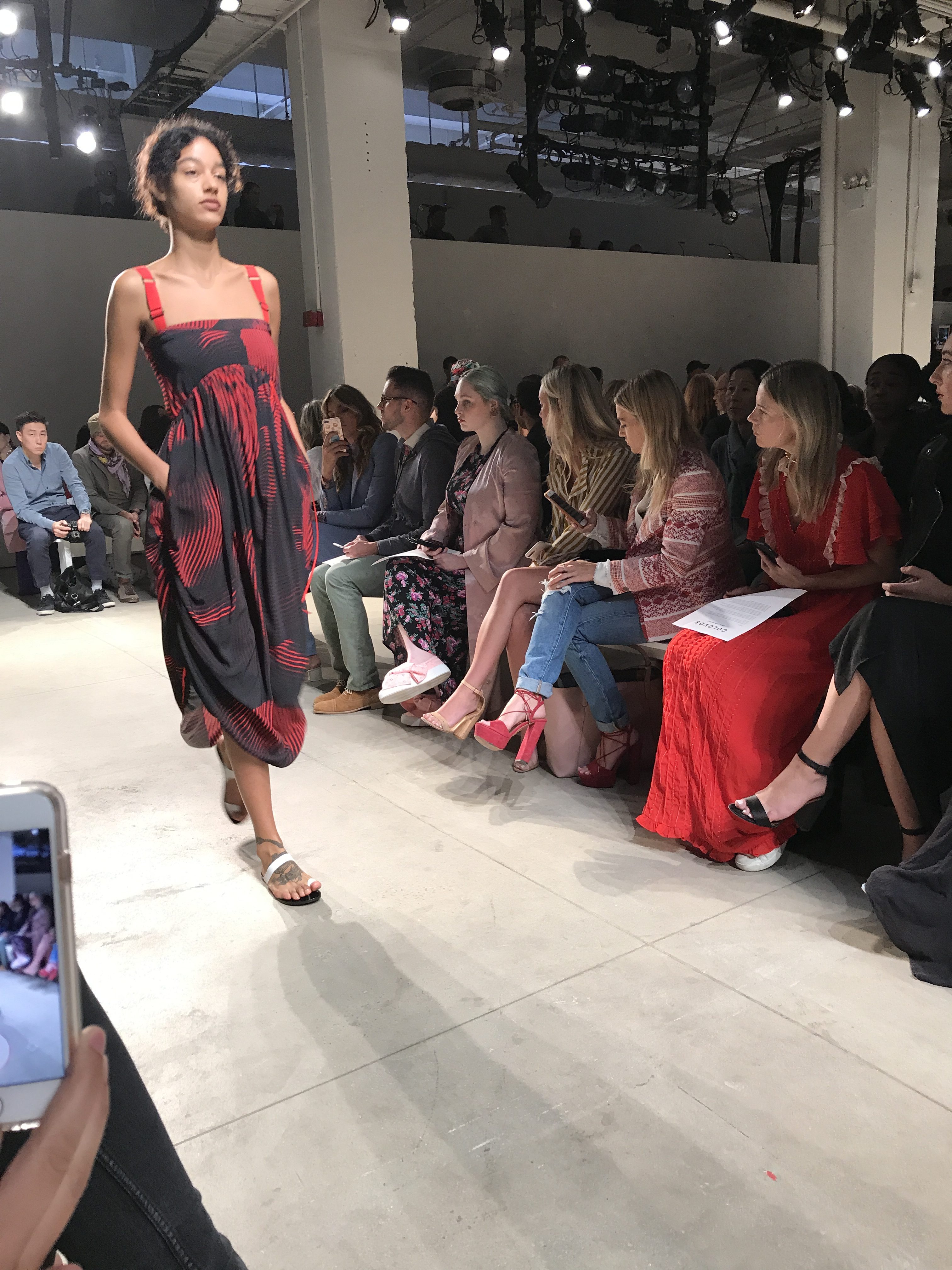 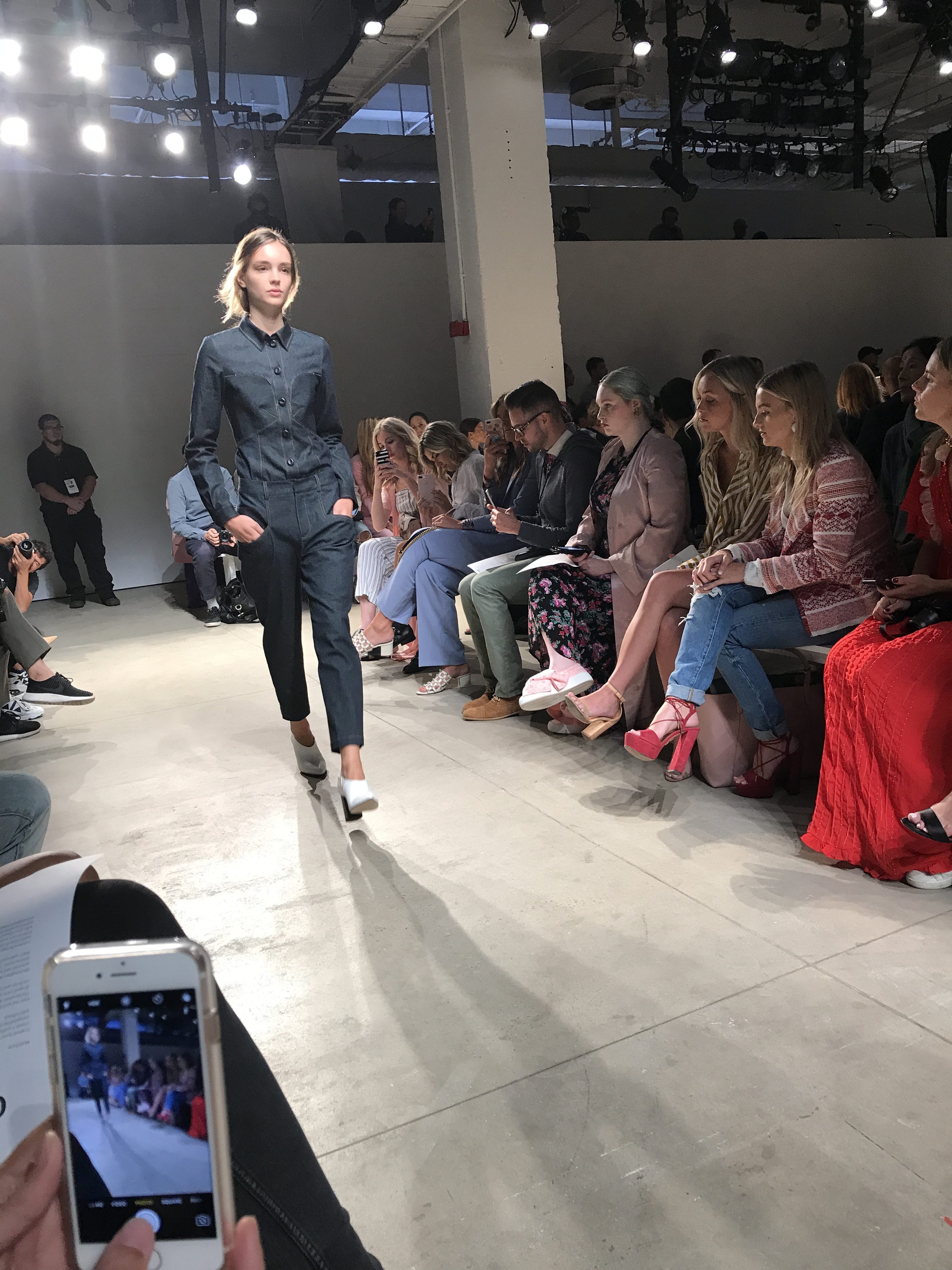 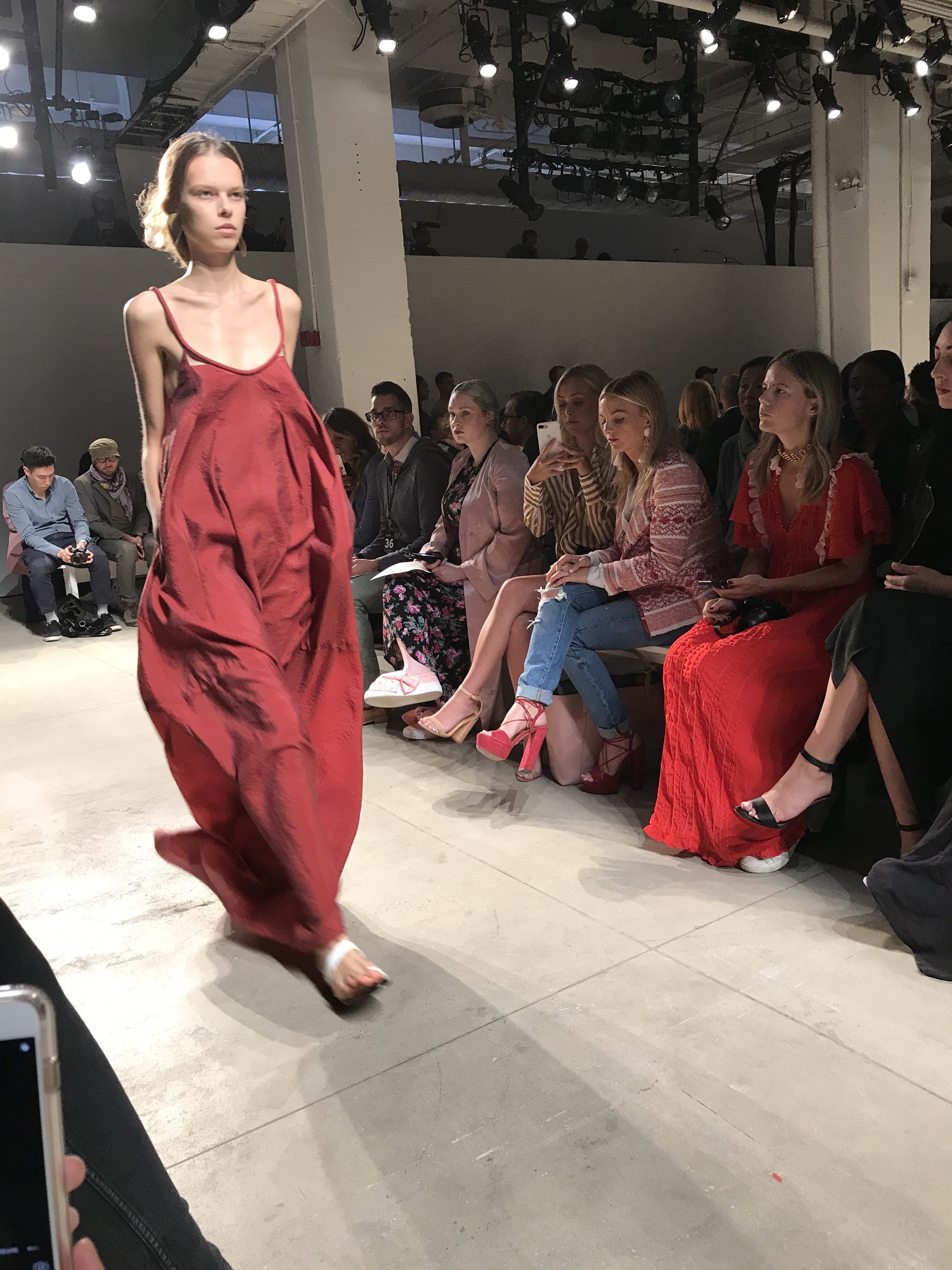 I met this amazing chica Nicole while at Colovos and she came along as my plus one for the next show on my schedule. It was BRACÉ DESIGNER EMERGENT DE LA MODE. I had it on my schedule from 10-8 so I thought it was just come and go as you please. Well we got there at 12 and the show didn’t start until 12:55. NO JOKE. We were literally sitting there like “umm what do we do?!” We both had a 2 pm show that we really wanted to make. So once they finally started, we stayed for the first designer’s show and then left. Wasn’t exactly my cup of tea anyways. Except for this red jumpsuit, that I could get on board with. 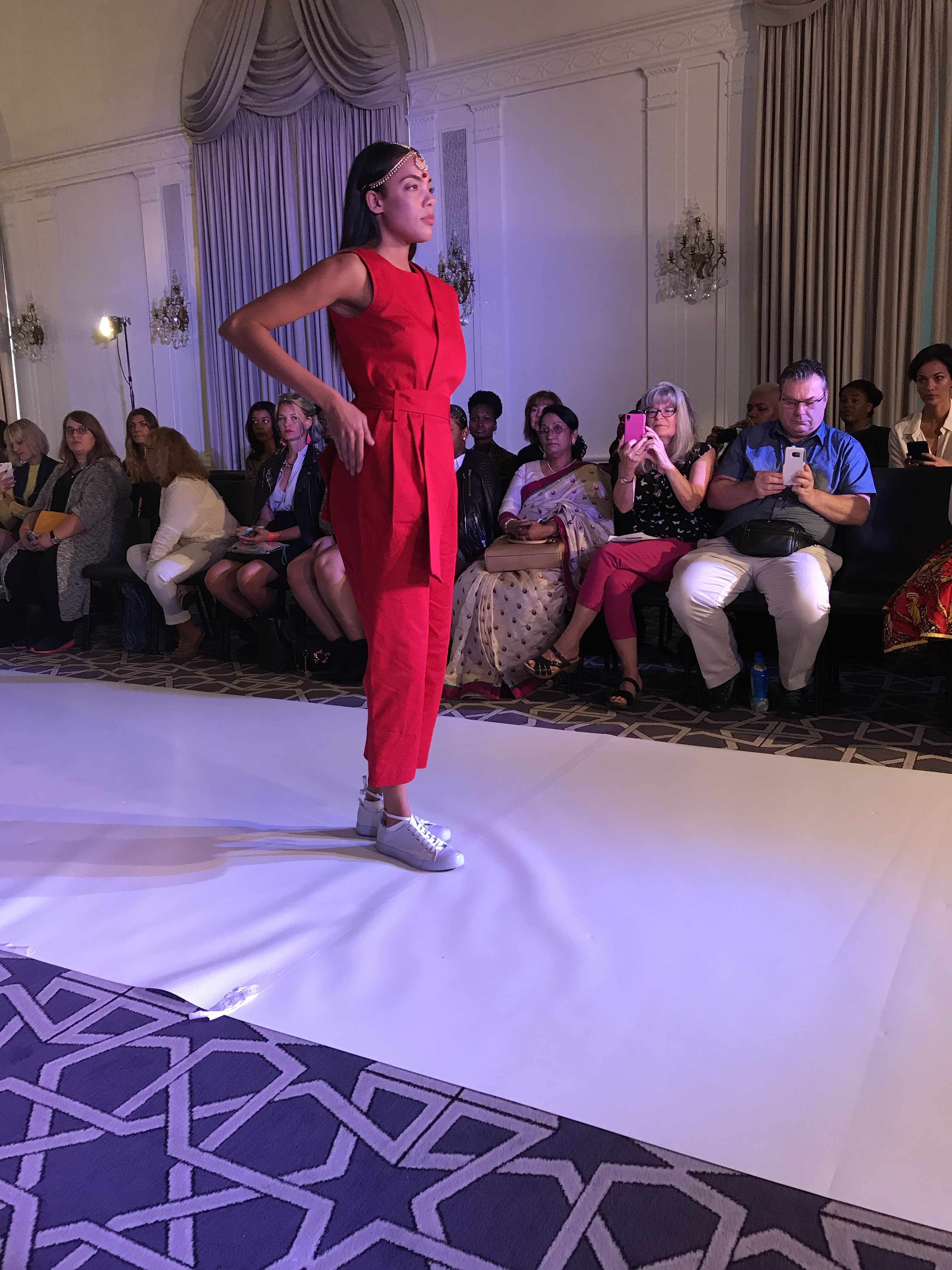 SO this is where it gets crazy. I forgot my portable power bank so I had been charging my phone in the Ubers any chance I could get. Well when I went to get my ticket off my phone, I realized my phone was gone. I HAD LEFT IT IN THE UBER. Nicole and I tried frantically to call Uber and get ahold of the driver and after 30 minutes of failed attempts, we finally got a hold of him. AND HE BROUGHT MY PHONE BACK. Like you guys, I couldn’t believe it. I was beyond lucky and had it been a cab instead of an Uber, I would have never seen my phone again. And considering I don’t live there and don’t know anyone’s number, I would have been screwed. There ARE still good people in the world, friends.

Best part of this? I STILL made it to the Hakan Akkaya show on time because you guessed it, it started late. And I scored a second row seat and left with some swag. My adrenaline and emotions were so high I thought I was going to cry, throw up, and laugh all at the same time haha but I survived it all. Woo!

After all of that excitement, I scooted on over to a photo shoot with Lauren of Laurel Creative and despite being a sweaty mess, rocked it out. She’s so great to work with and I look forward to our shoots every time! More on those outfits coming soon but here’s a sneak peek of each one 🙂 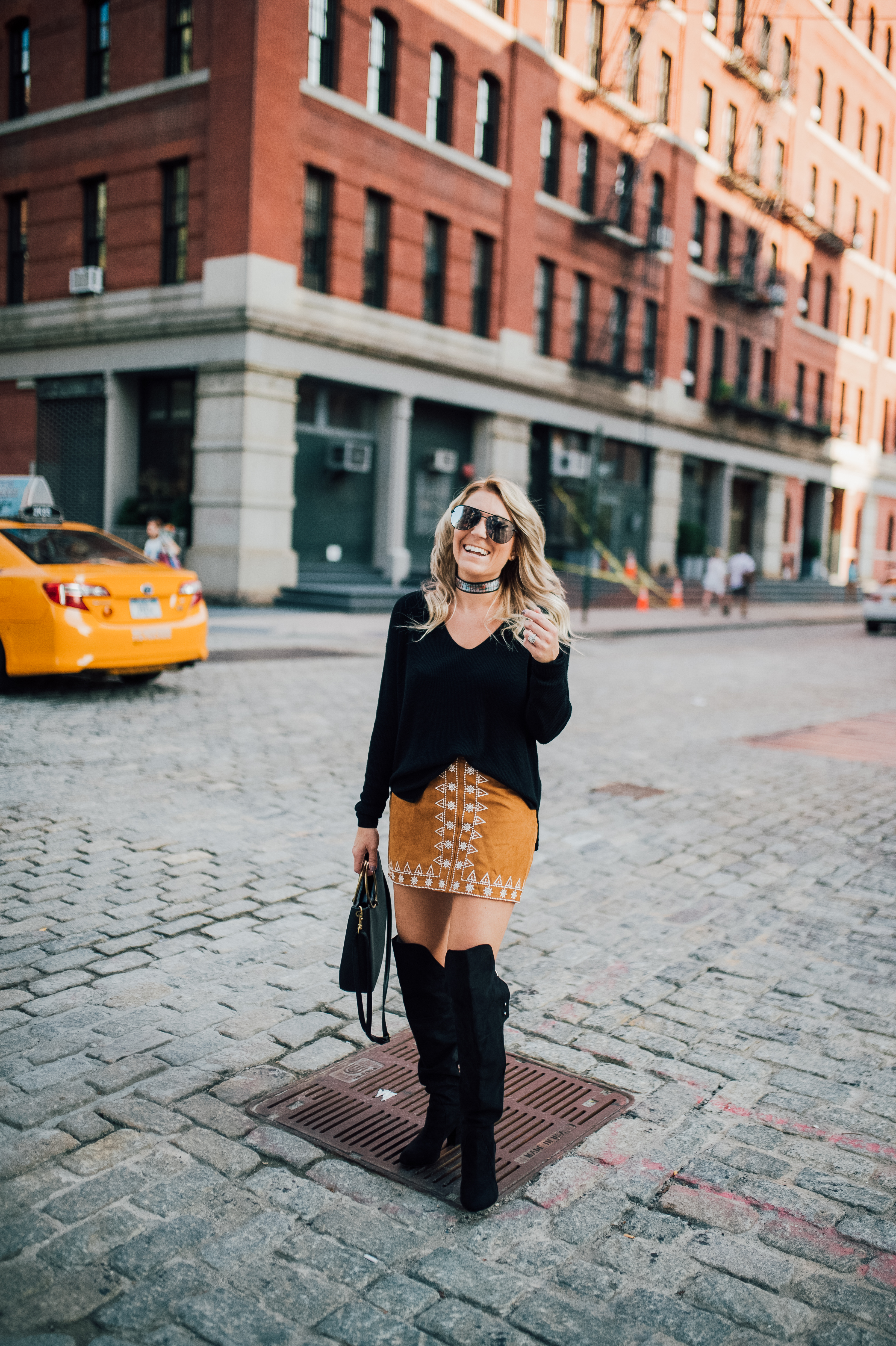 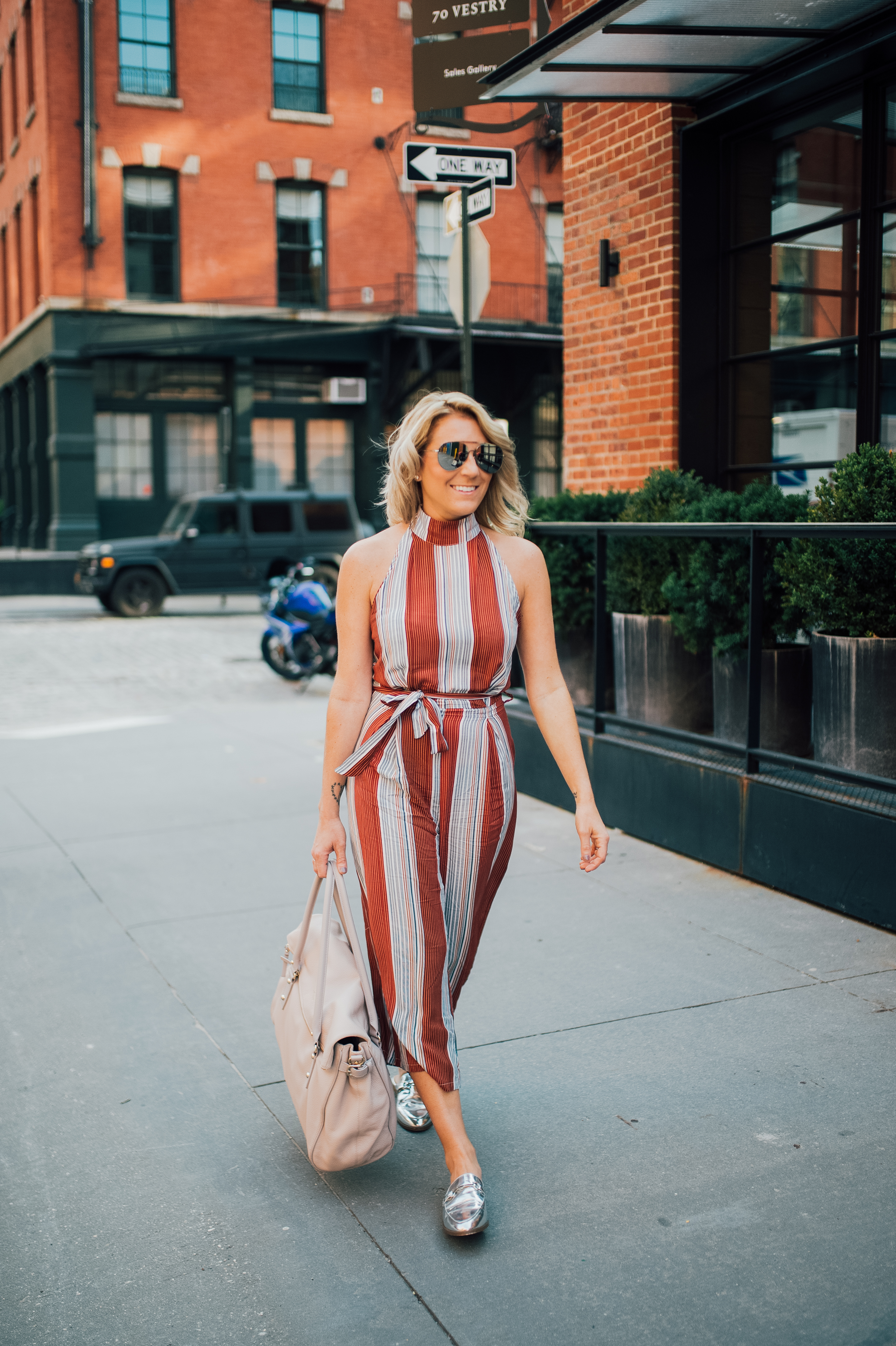 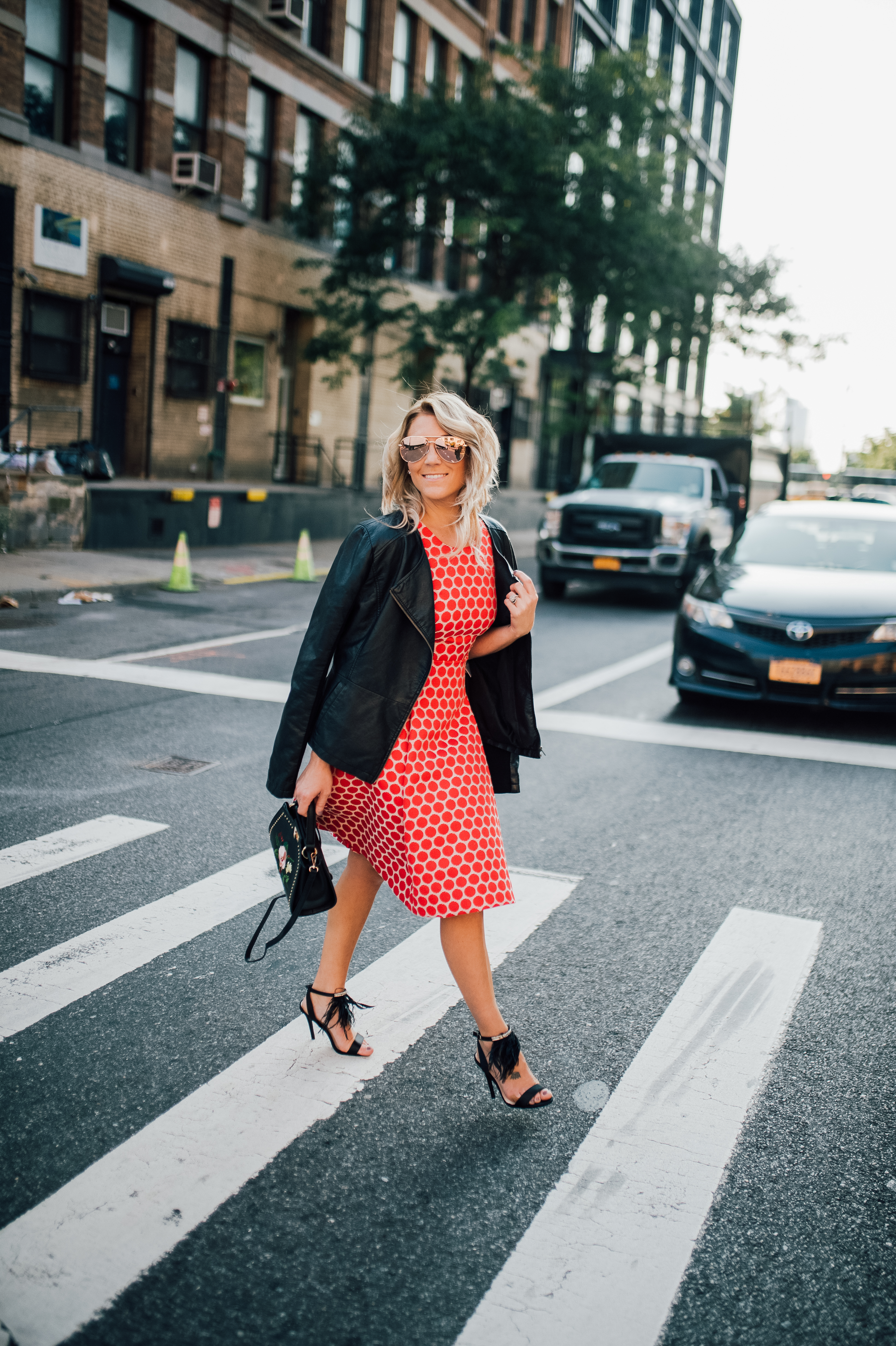 Next up was a happy hour with the Riviere Agency! I was heading in alone so I was super nervous about this but I ended up sitting with 3 other girls who surprisingly, I already followed on Instagram and one who was from Ohio too! And we ended up knowing some of the same people. Small world, right? I was literally so hungry and lightheaded that I didn’t even get to indulge in my Pomegrante Margarita. But the fries, pizza, and calamari were pretty delish!

And last but not least, the Mimi Prober show was on tap for my last event of the day. I was exhausted and my feet were killing me but I was super excited to see the collection. And ummm, a Kelly Cutrone and Miss J Alexander siting made it extra worth it. 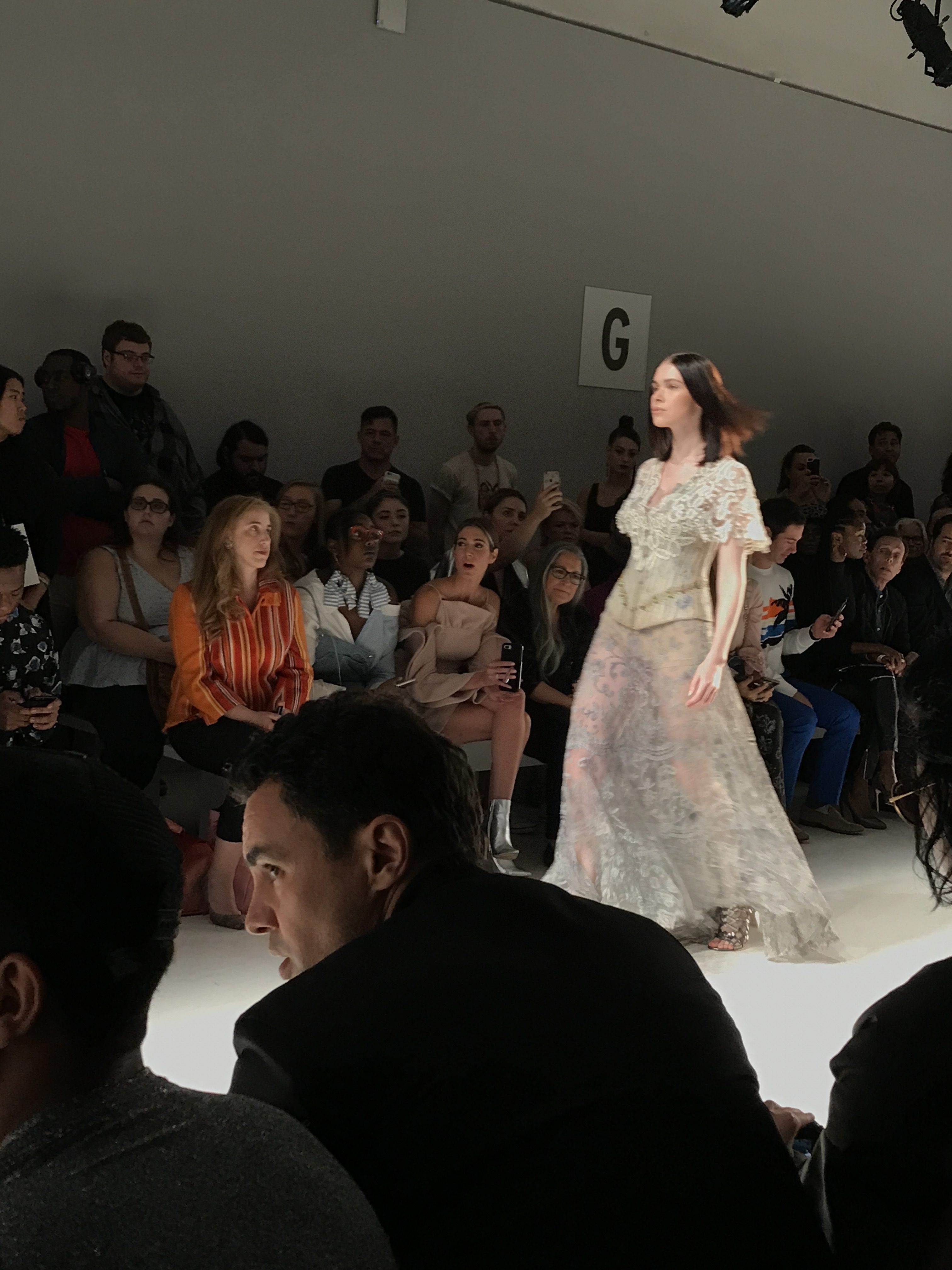 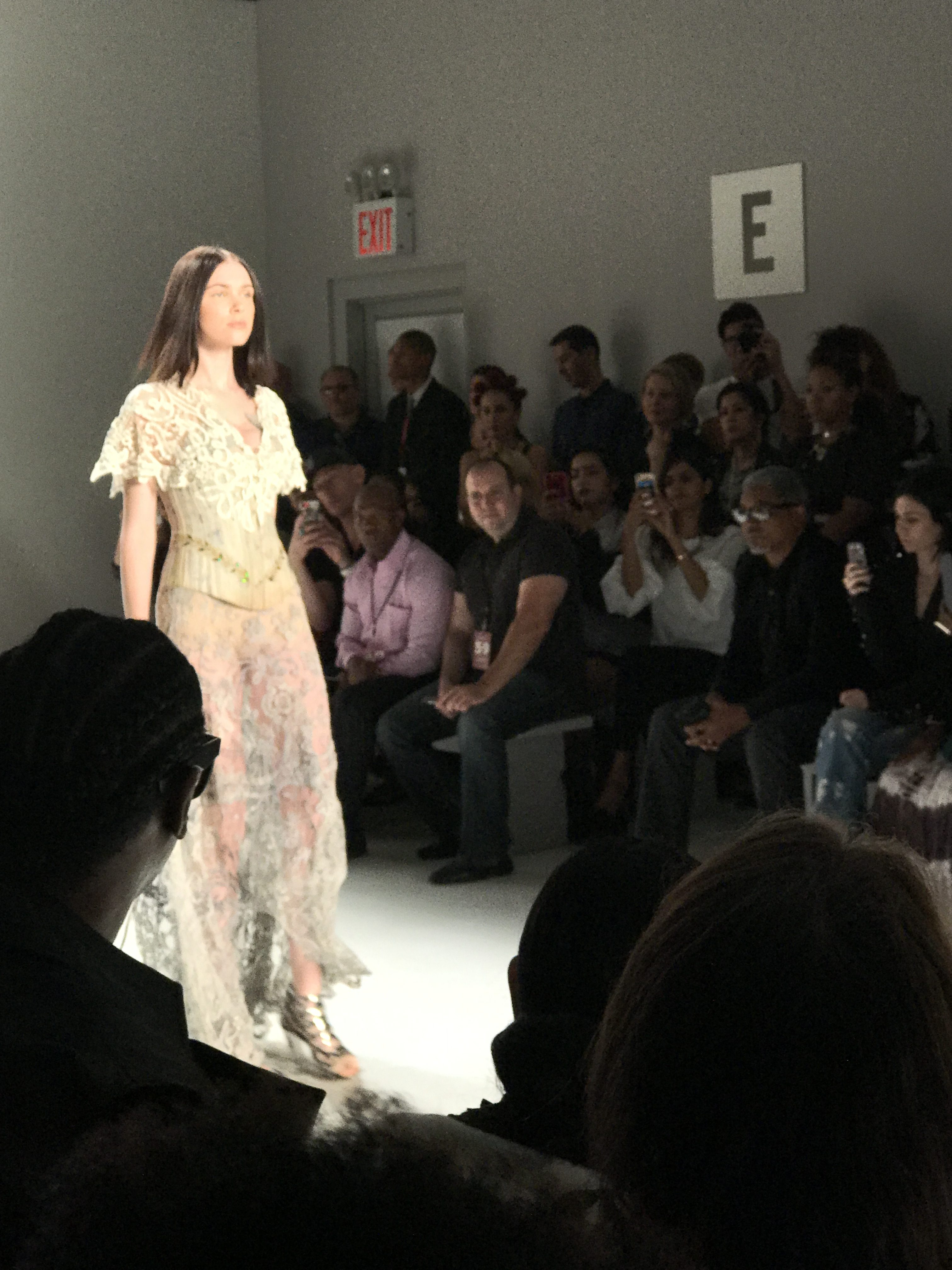 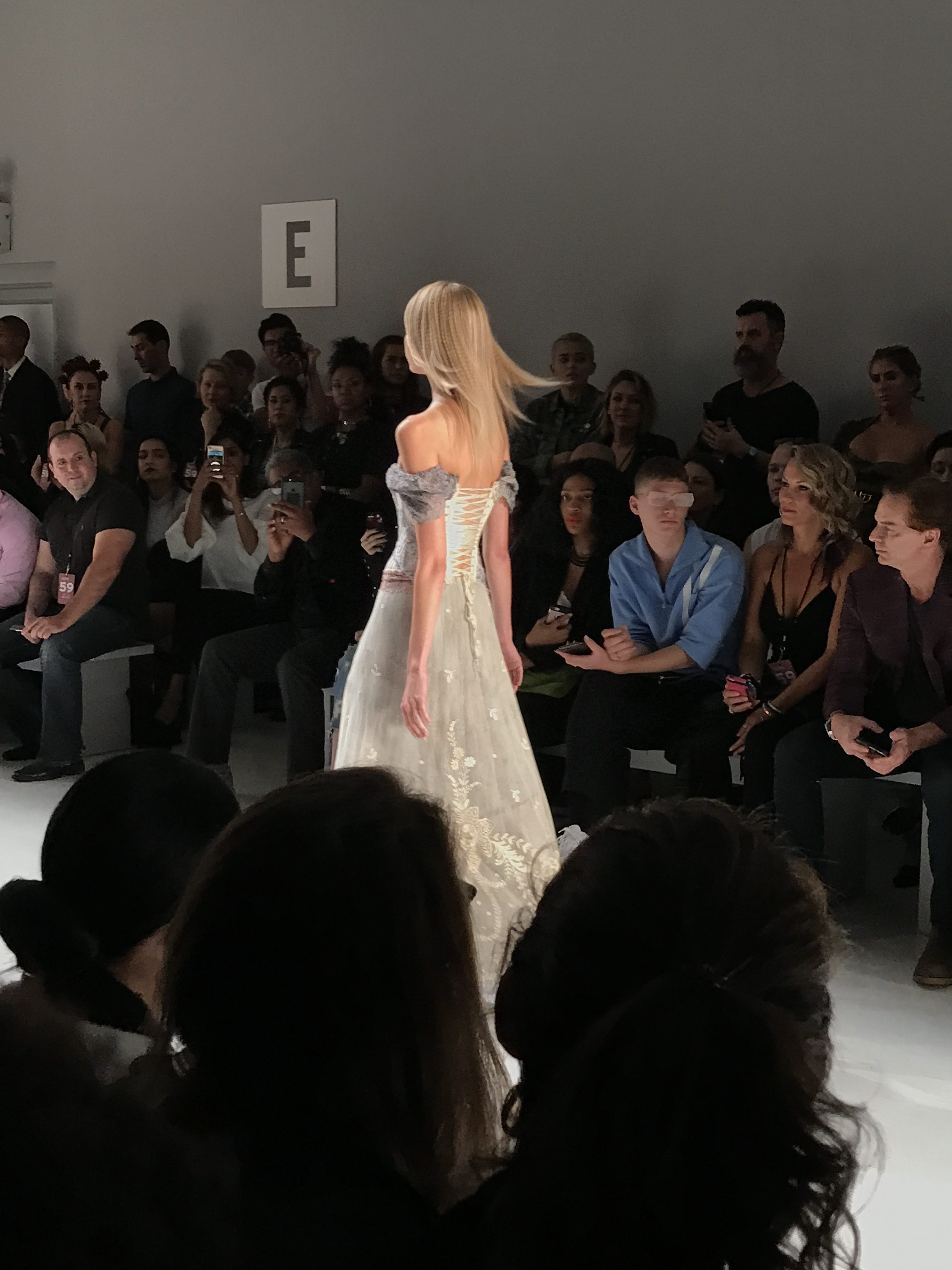 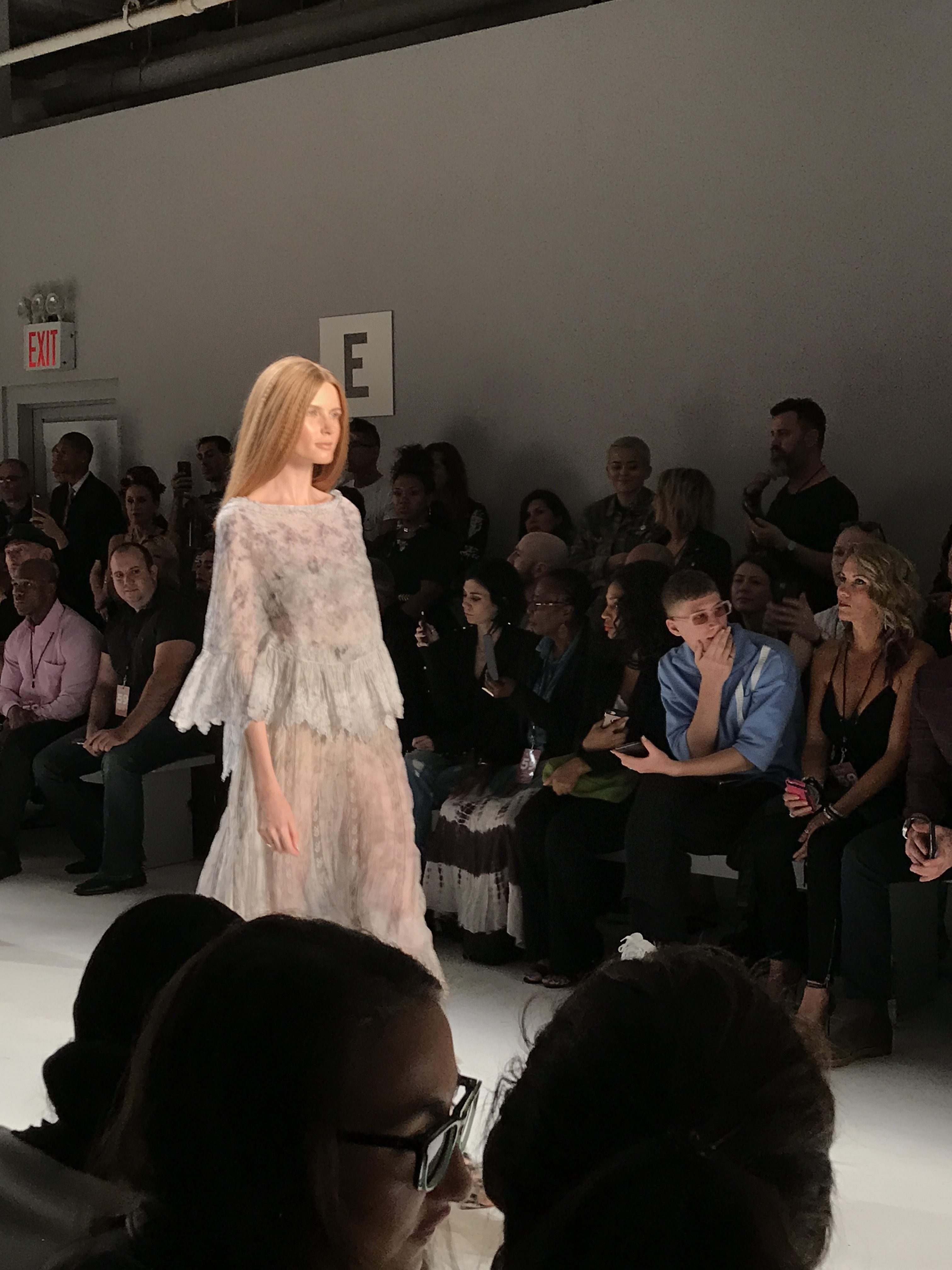 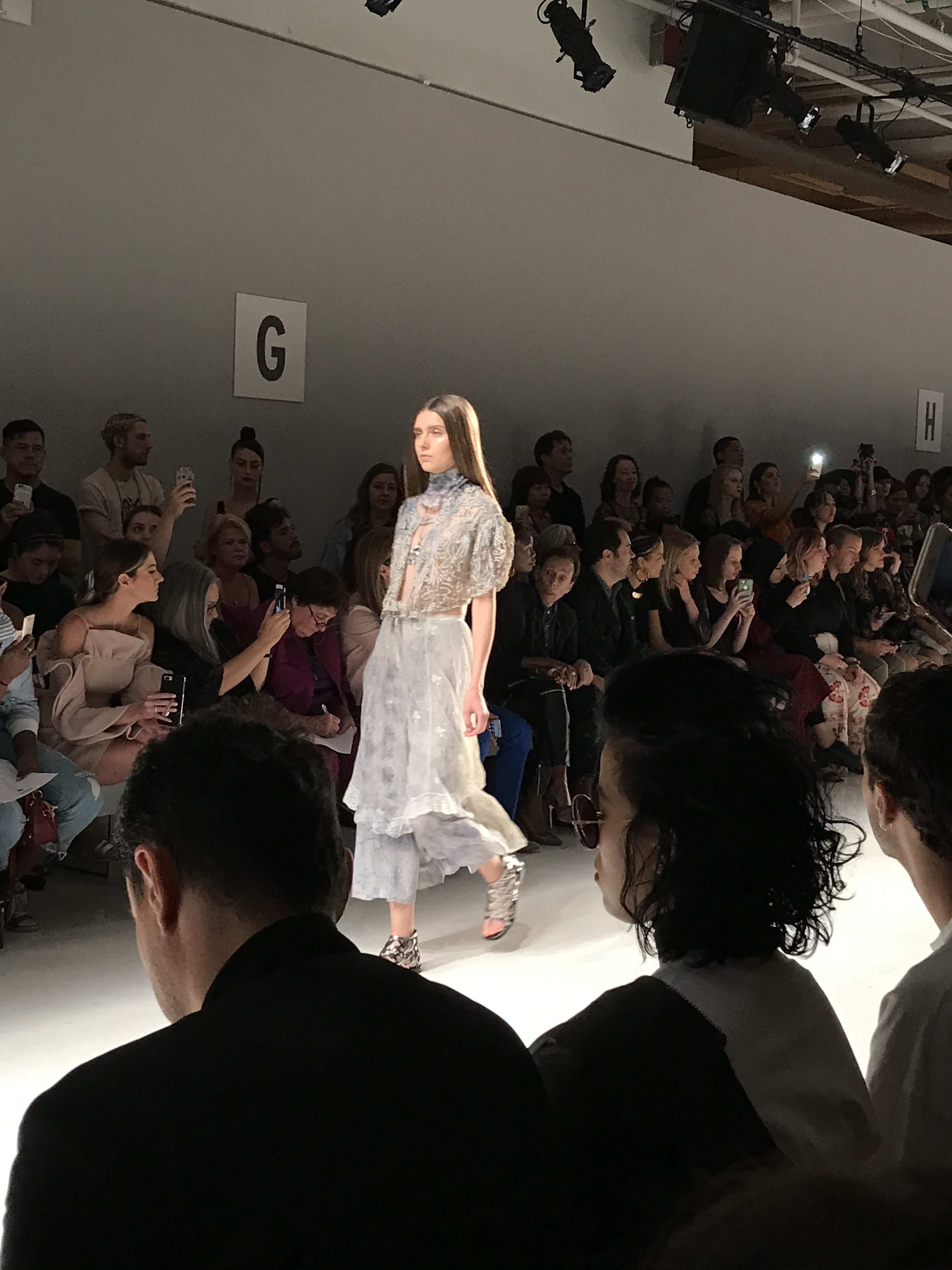 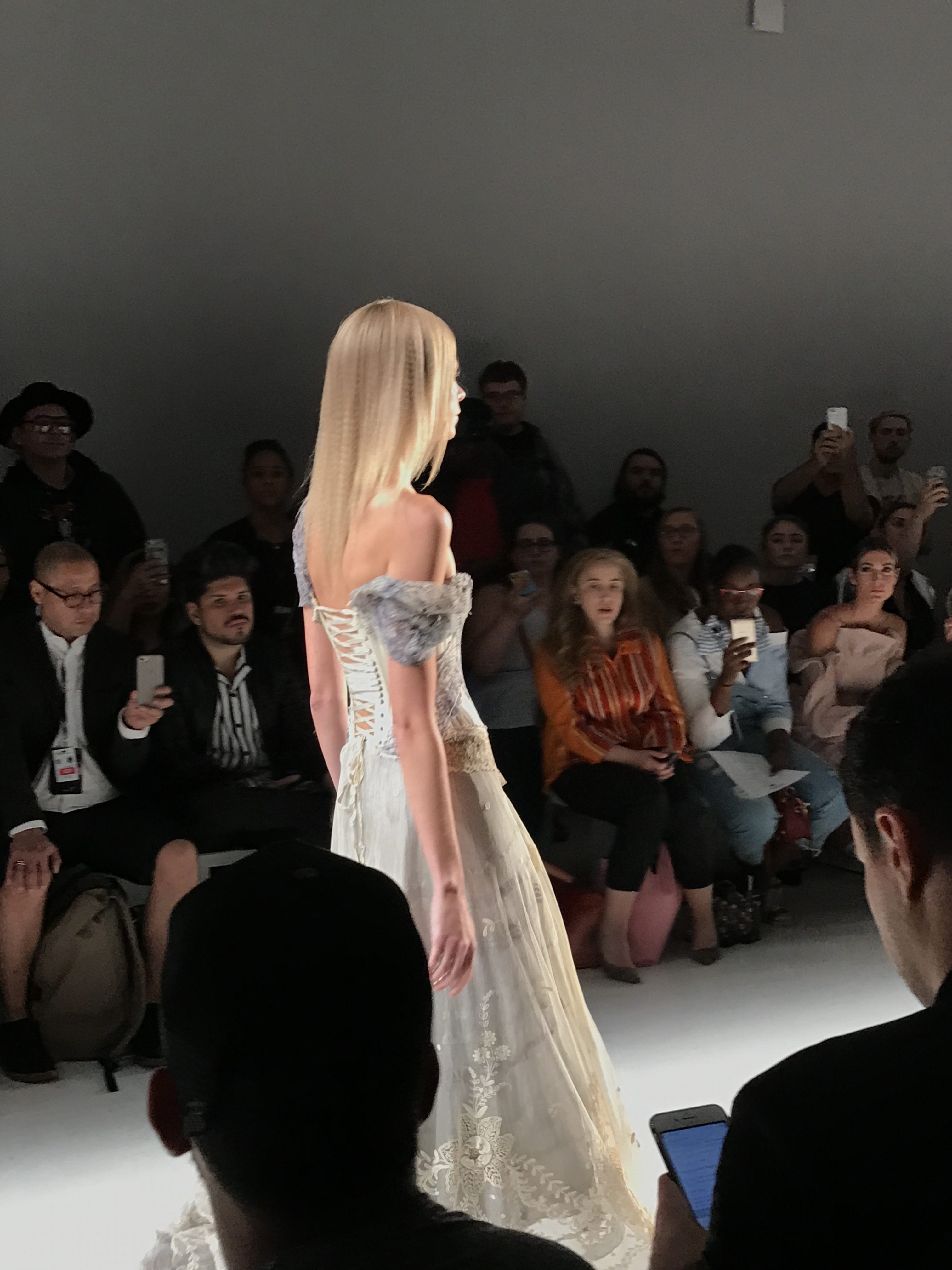 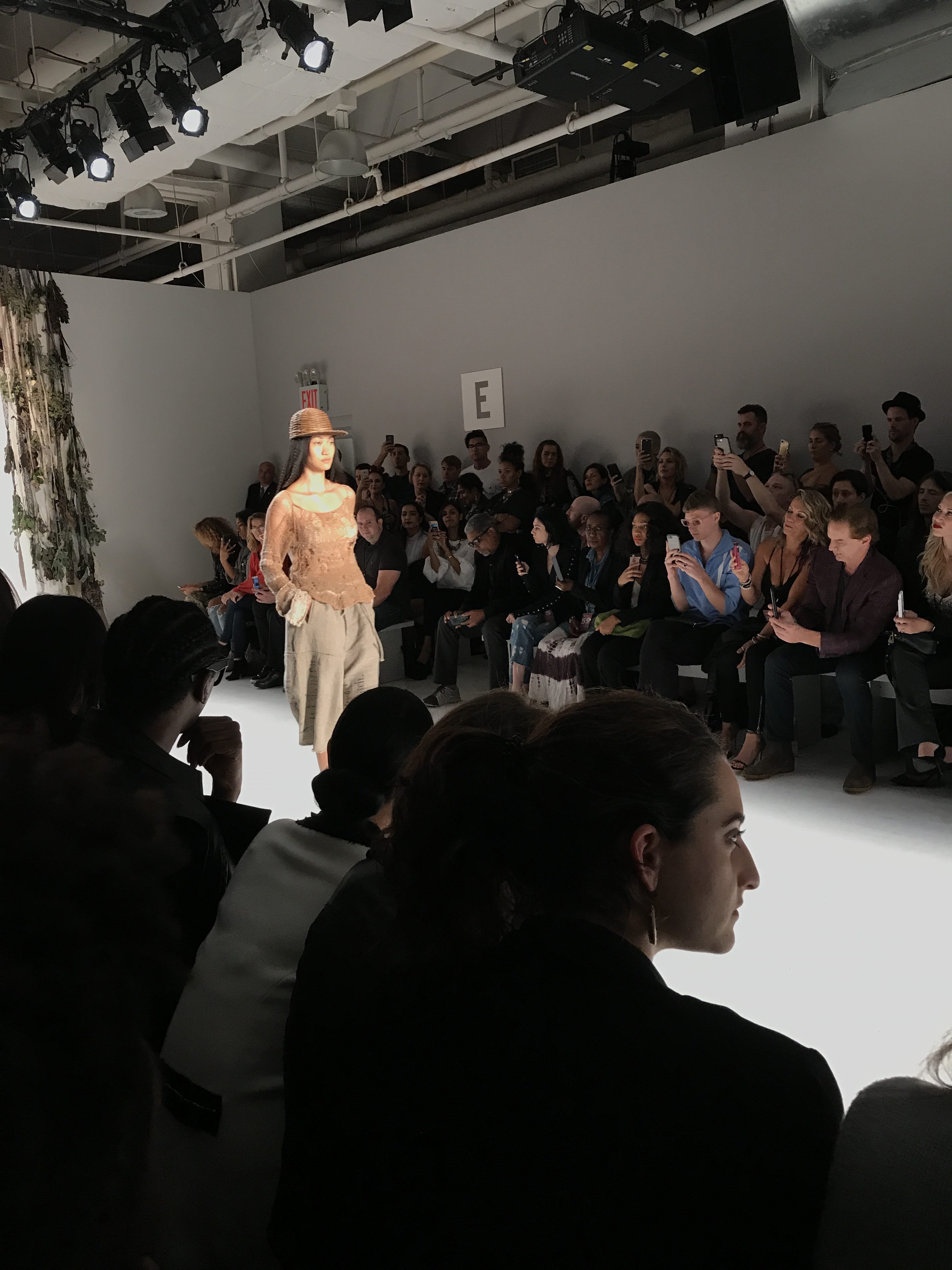 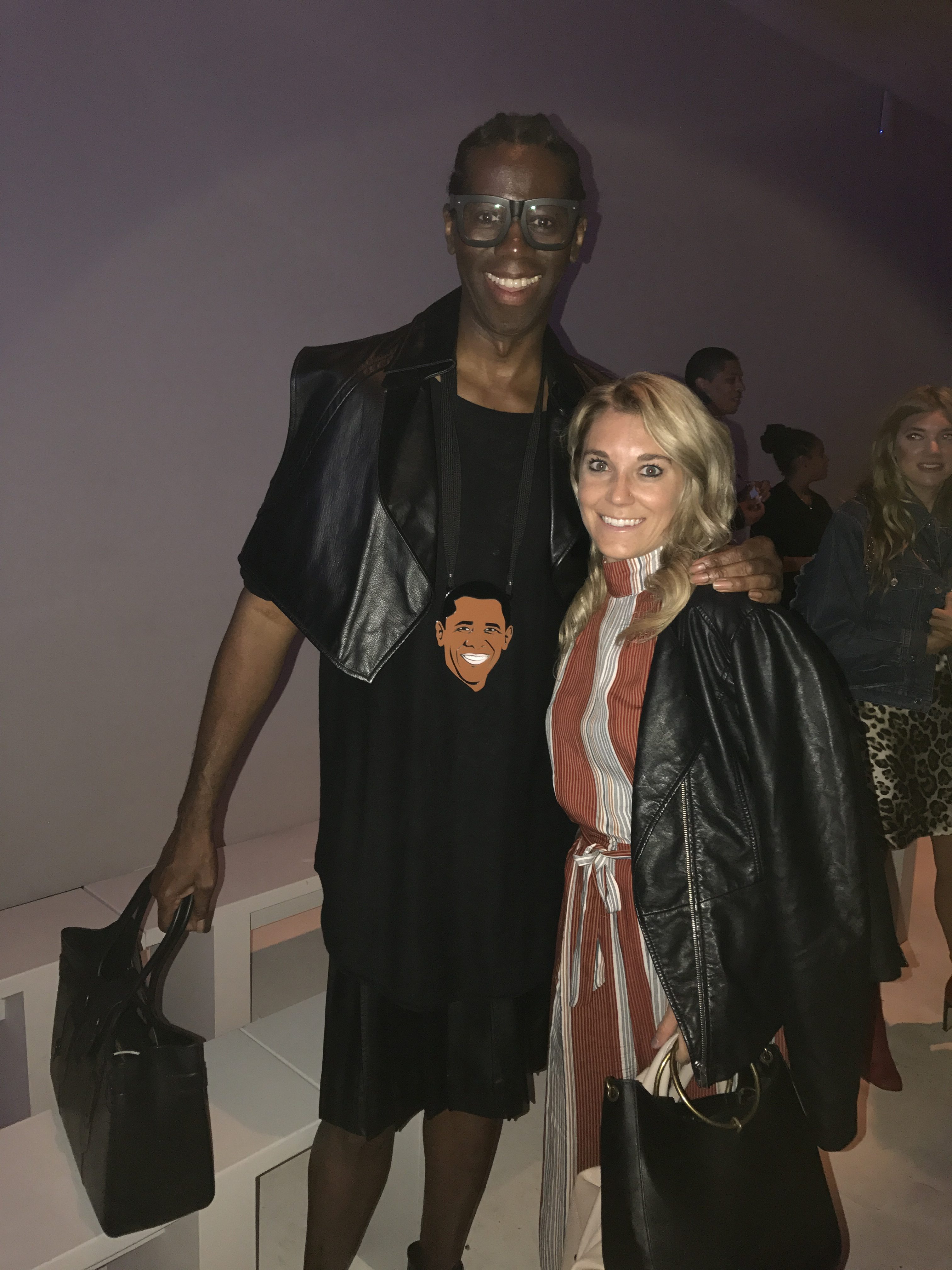 Afterwards, we grabbed food on the way home and called it a night! This mama is so not used to staying up until midnight and I was definitely paying for it! But I mean, I was in the city that never sleeps right? Had to make the most of my time there!