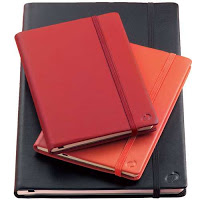 I’ve said it once and I’ll say it again…I’m Samantha, and I’m a compulsive planner and control freak.

I used to make to-do lists multiple times a day in college. I had a social planner, school work planner, and one for both. Yes, overkill and a little psychotic. But for me, it was how I kept control at all times and made sure I was at the exact place I needed to be or had the exact assignment done on time.

And then I married the United States Army (and my husband too). He’s an even bigger control freak than I am (the Army, not my husband, stay with me people). He’s also completely disorganized, oftentimes cruel, and extremely fickle. Now given my personality as explained above, can you see why it’s a problem?

For awhile, my husband and I weren’t even sure if and when we could get married. We didn’t know when we would see each other next after OSUT graduation, hence why we “eloped” if you will. Forget trying to plan a reception back home to celebrate; the first time we tried, we changed it because he deployed and the second time was due to an uncertain return date. Thanks a lot Uncle Sam!

Making it home for our son’s birth? We only found out a few days before he was leaving Afghanistan that God willing that child stayed put until he was supposed to, that Zach would be there. Throw in crazy hormones and extreme worry and you can imagine how a 39 week pregnant woman felt.

My point in all of this is that the only thing you can plan for is change. Given a date? Write it in pencil. Plane tickets? Prepare to pay out the butt last minute or gas up the car instead; who knows if you’ll actually leave when you’re “supposed” to.

How do I cope? Sometimes I don’t. I throw a temper tantrum like a toddler and curse the Army until I’m blue in the face. And other times, I take a deep breath and roll with the punches.

We are waiting on the next step in my husband’s career (3 years left ugh) and the anticipation is killing me. I’m hoping I don’t have to do the rest of my time here at Drum but then again, I have no choice.

To making plans and having them change 100 times…

To Making It Count »