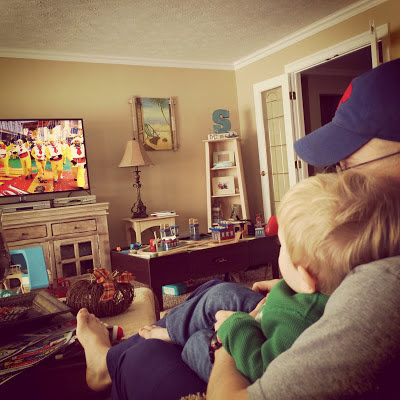 Whew, we’ve survived Thanksgiving weekend. Barely.
With plane tickets close to $1,000, Zach was lucky enough to catch a ride with another classmate driving to Columbus, Ohio. The only catch? I had to drive and pick him up there… and in the middle of the night.
So long story short, we got back to the house around 4 a.m. Thanksgiving morning and were woken up a short four hours later. But when Nolan realized that daddy was in bed with us, his reaction was priceless and we had no problem starting the day.

We spent the morning drinking Starbucks, watching the parade, and playing with every toy Nolan couldn’t wait to show daddy. We were running late to my Nana’s due to a late napper (Nolan, not me unfortunately) and as soon as we got there, this preggo was shoving food in her mouth faster than I ever have before. Since this was meal one out of two, I tried not to over indulge but because I was so hungry, that was almost impossible. But we spent the afternoon reminiscing about previous years and laughing and it was so good to see that side of the family. 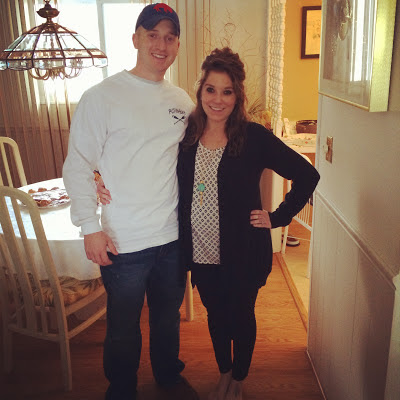 We headed to our second dinner around 5 p.m. and by this point, I was running on close to no sleep. Exhausted was an understatement. I was so blessed to have Z home but it all went so fast and is such a blur because of how tired I was. But anyways, my aunt and uncle had their house decorated for Christmas and after another delicious meal was consumed, we sat around and talked for a few more hours. 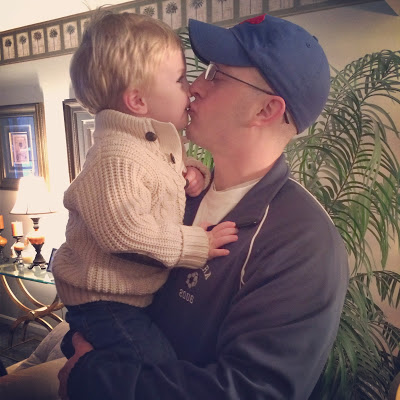 We thought about stopping at Target on the way home but when we drove by, the line was all the way around the building and ain’t nobody got time for that. So we decided we would wait until the morning and see what types of deals were still around. 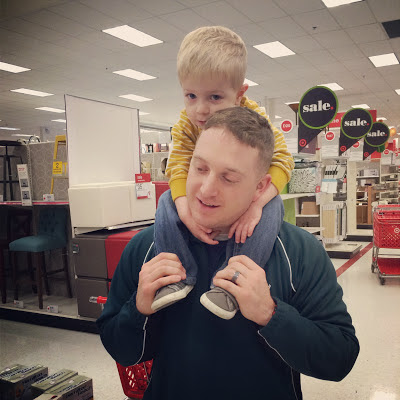 We checked out Kohl’s and had some great luck there (plus receieved Kohl’s cash for later trips…score!), as well as Old Navy, and Target. You know you’re an adult when you get excited about $16 sheets from Target and toys for all of the kids in your life. 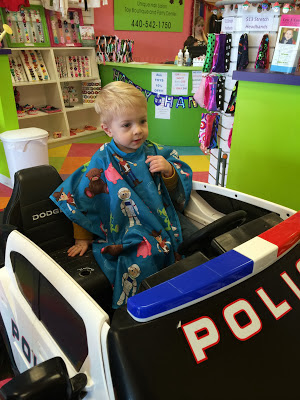 Bubs also got to show daddy how good he is when he gets his haircut, and we taught him  to say “hey ladies, I’m looking fresh”.
We spent the rest of the day hanging out, ordered pizza, and topped the evening off with a little fort action. When Nolan went to bed, we rented We’re the Millers and if you haven’t seen it yet, I highly recommend it. It was seriously freaking hilarious. 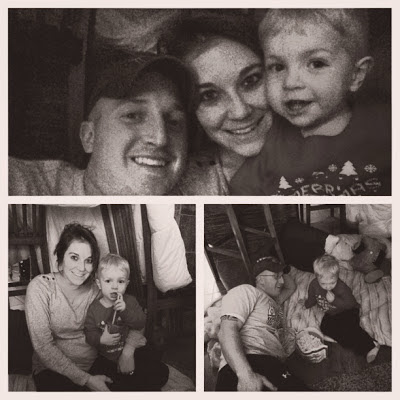 We woke up late Saturday and daddy took Nolan to gym class and let mommy get some work done 🙂 We were able to stop and see a lot of our friends in the area at various places and watched some of the best games in college football. If you follow football at all and saw the OSU/Michigan game, you know that’s one of the ones I’m referring to. Sure, the fight was inappropriate (like the video below) but come on, it was seriously hilarious.
Saturday night was for baking Auntie Anne’s pretzels, decorating the tree, and listening to Christmas music! Auntie Anne’s was kind enough to send me (and a ton of bloggers) this adorable Cup of Cheer kit a few weeks ago and I couldn’t wait to bust it out at the right time. 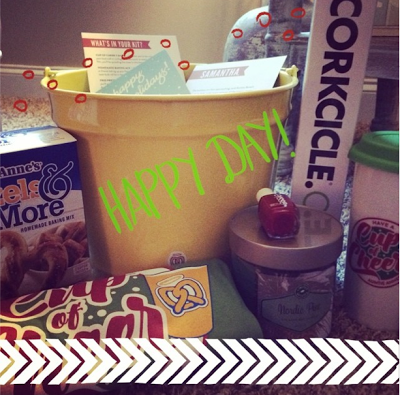 The kit included everything from candles, nail polish, Amazon gift cards, coffee mugs, and more! If you’re looking for a unique holiday gift, it would be super cute to put together your own basket of goodies and include the pretzel making kit for a little date night 🙂 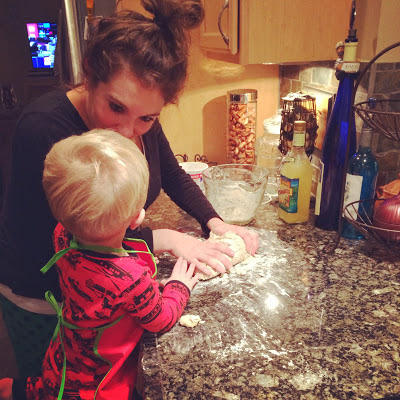 Sunday morning was an early one; Z needed to be back in Columbus and because he still had 8.5 hours to go after that, it was really early. Nolan did surprisingly well (despite the traffic we hit) and I couldn’t wait to start the countdown again. This goodbye was our last and final goodbye; only 18 days until we are together again for GOOD. 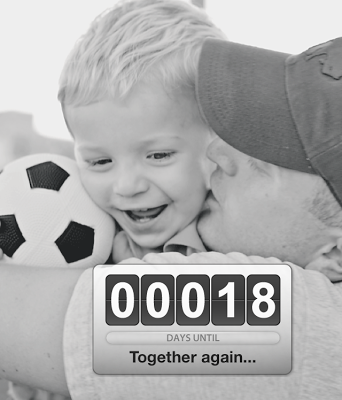 Thank you all for your support during this tough time; I honestly don’t know how I would have handled this without the support of the blogging community. You’re all amazing 🙂
How was everyone else’s Thanksgiving?! Hope it was filled with lots of food, family, and fun 🙂
XOXO

« The Rise of the Unstoppable Onesie