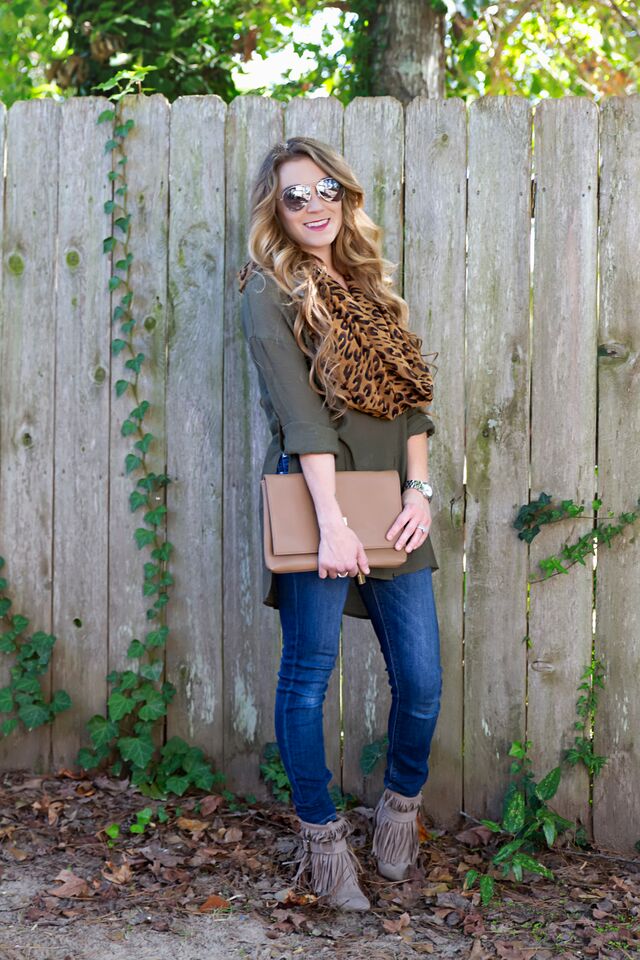 I know what you’re thinking. Sam, we know we are supposed to be nice to others. “Do unto others as you would have them do unto you.” I mean, the “Golden Rule” is one of the first lessons we learn in school. I’ll never forget singing our school song in elementary school “Cheer, cheer for Roxbury school. Where we will practice the golden rule…” You get the picture; it’s supposed to be engrained in us and common sense by this point in our lives. 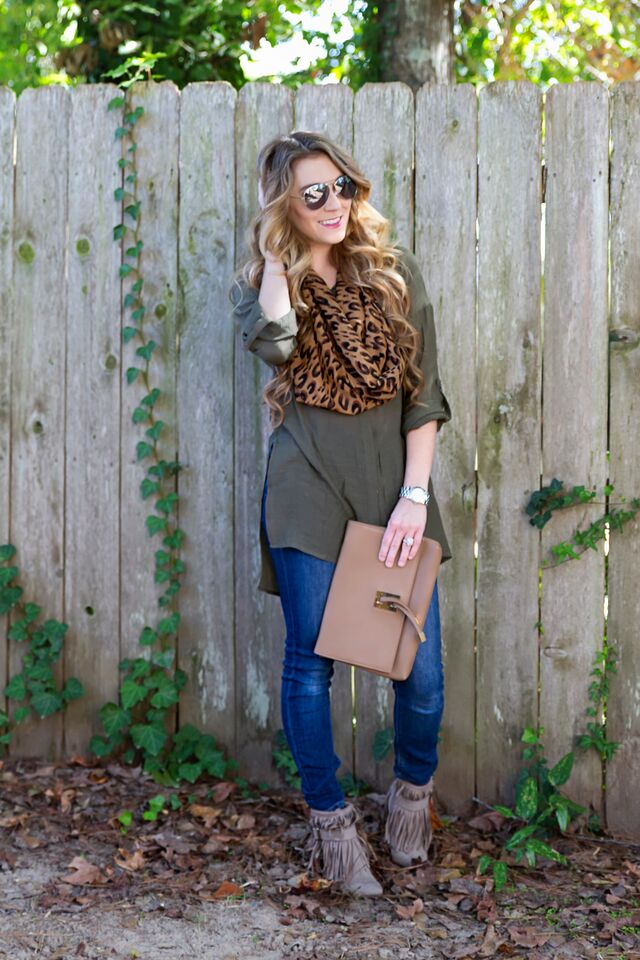 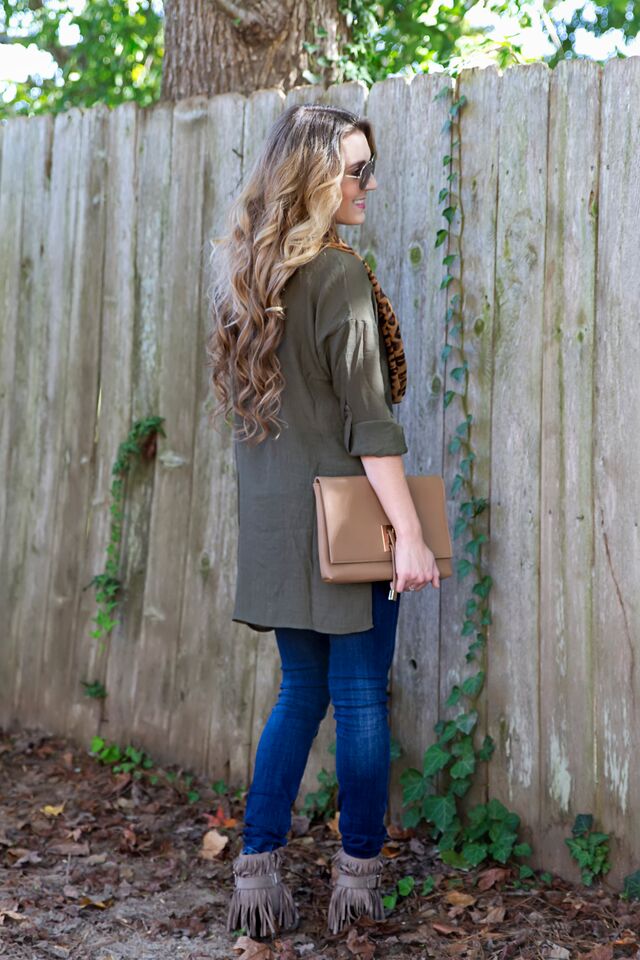 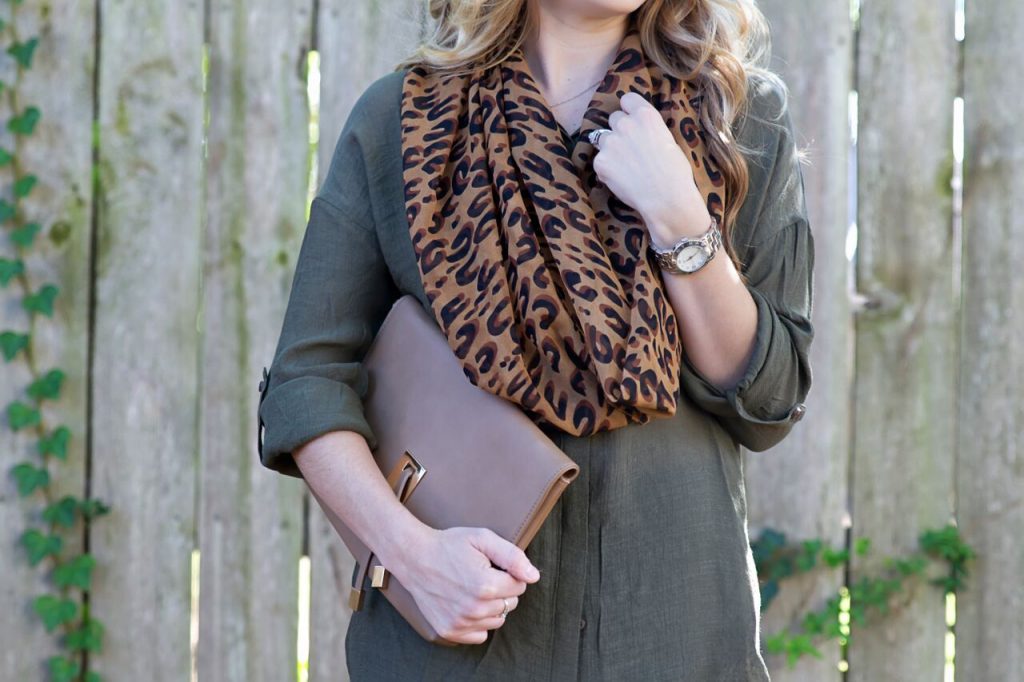 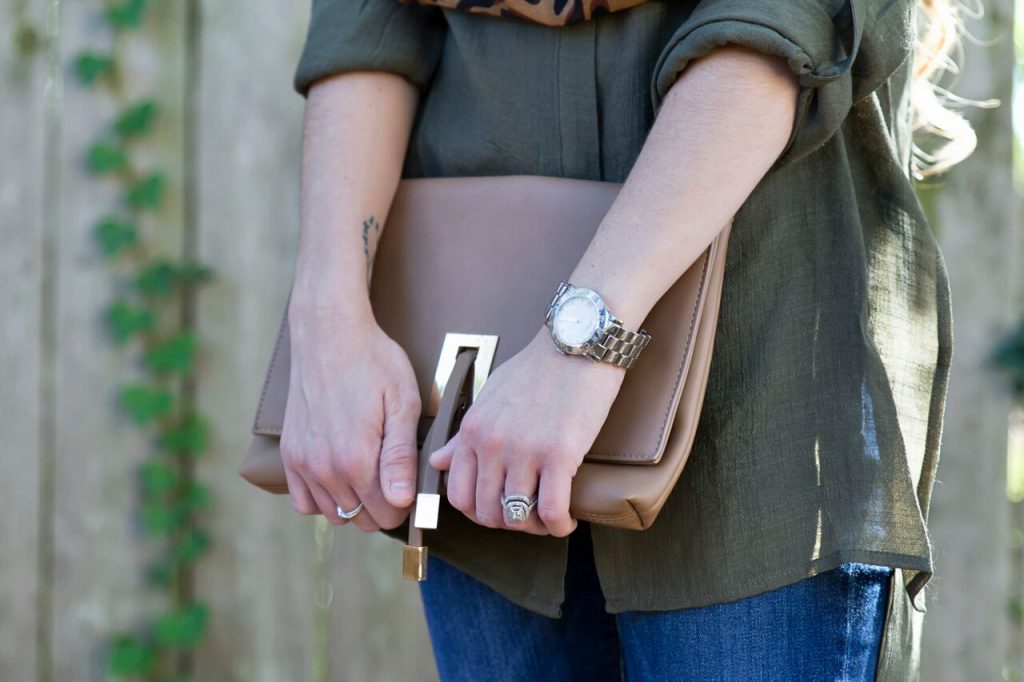 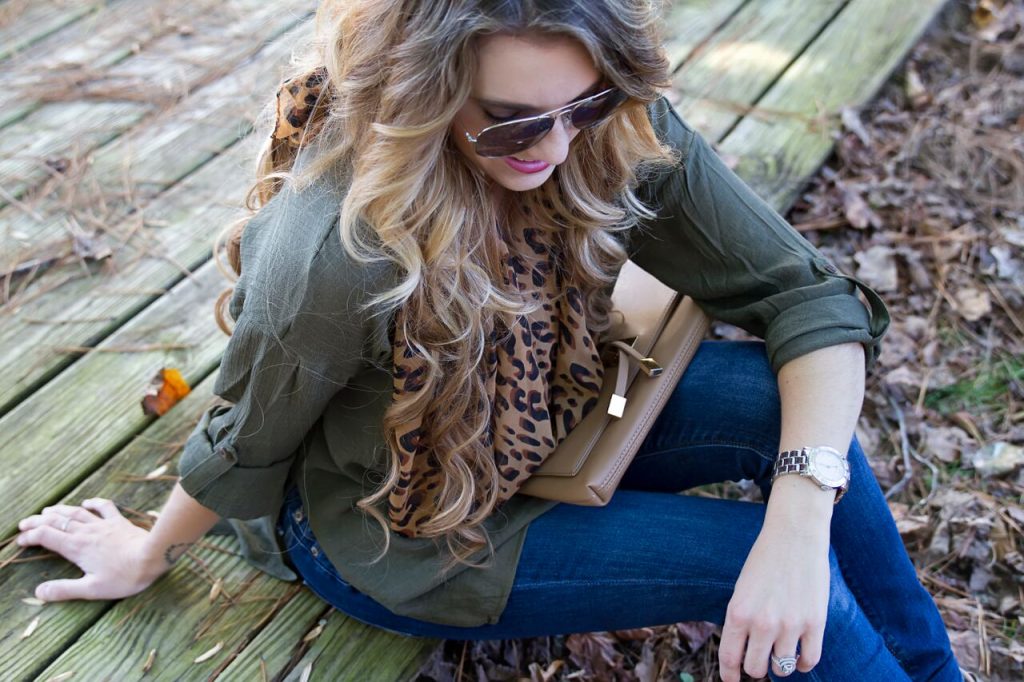 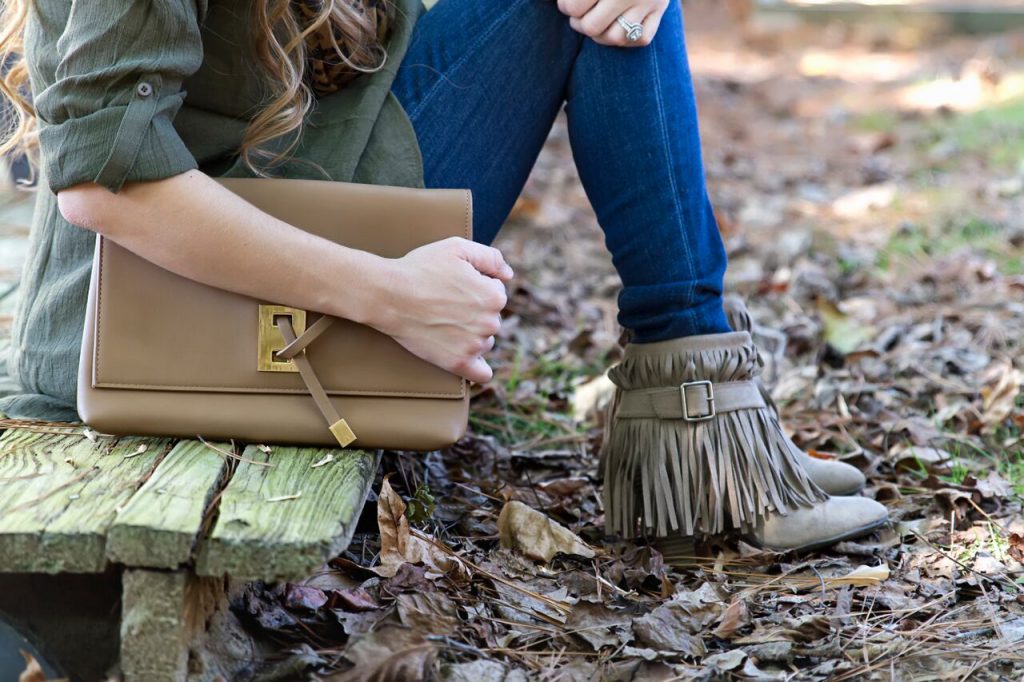 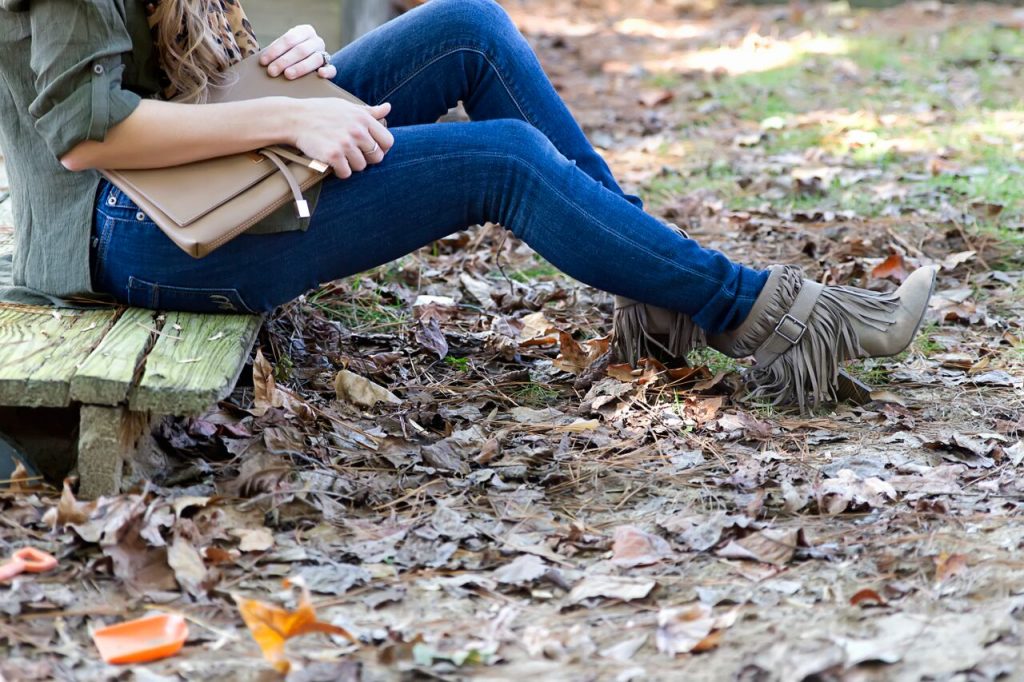 But I don’t feel like it is. Especially with the internet now and days, where we all put our life out there for everyone to see. And inevitably, judge. I know we’re all guilty of thinking things as we scroll through our Instagram feed or read blogs throughout the day. And I bet sometimes we don’t even mean to or know we’re doing it. We think things in our head and that’s human nature. It becomes a problem if 1) we dwell on it and let it affect our happiness or 2) say something out loud about it. Either to our friends or even worse, the greater community.

So because it’s Friday and this has been a week from hell, I wanted to leave it on a good note. So here are 6 reasons why we should try to be nice to everyone. And if we can’t be nice, we shouldn’t say anything at all… hmm k?

1. We don’t know what they’re going through. People don’t choose to share everything going on in their lives so before you judge them, remind yourself you have no idea what’s going on behind closed doors.

3. Think of how you would feel. What if you heard something someone said about you? Or read it online somewhere? It would hurt, right? Remember that before you do anything that could potentially hurt someone else.

4. You don’t know that person. Maybe they could be a great resource for you career wise. Maybe they have a friend who they want to set you up with and you could eventually marry. Maybe they’ll turn out to be your best friend in the world. Or maybe they just really, really, really need a friend right now… and that person could be you. Don’t discredit anyone; give them a chance before you blow them off.

5. Remember that people come from different backgrounds. Some people grew up in stable homes and some didn’t. Some come from money and some don’t. Some were raised religious and some weren’t. The point is, people were raised differently and just because they do, say, or like something different than we do, doesn’t mean it’s wrong. Embrace your differences and learn from each other. Ask questions…educate yourself! You may learn something that changes your life.

6. It’s the right thing to do. Life is too short to be unhappy or feel bad about yourself. So don’t purposely do that to someone else.

I know we aren’t going to like everyone we meet or get along with them. Hell we may not be able to stand some of the people we meet. But in that case, you know what the best thing you can do is? Smile. Be kind. Be humble. Put your energy into something positive. Remove yourself from situations where you feel like you could potentially say something or do something that would make everyone upset. Build yourself up instead of tearing others down.

I want to challenge everyone to do something nice for someone else this weekend. Pay for a stranger’s coffee in the drive-thru. Reach out to a friend you haven’t talked to in awhile. Send flowers to your mom. Anything! Just go out of your way to do something nice for someone else. You never know how much that one small act could mean to someone. Or how much they may need it.

Have a great weekend 🙂 xo 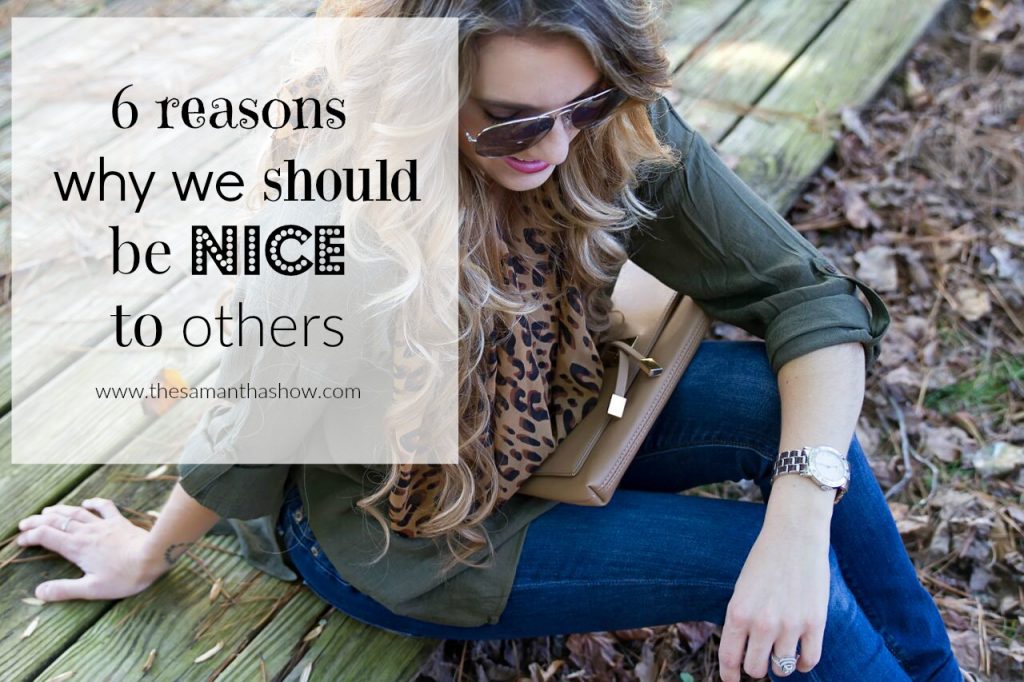 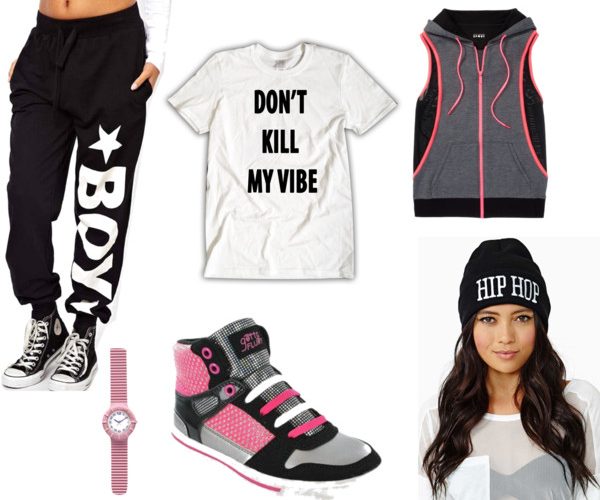 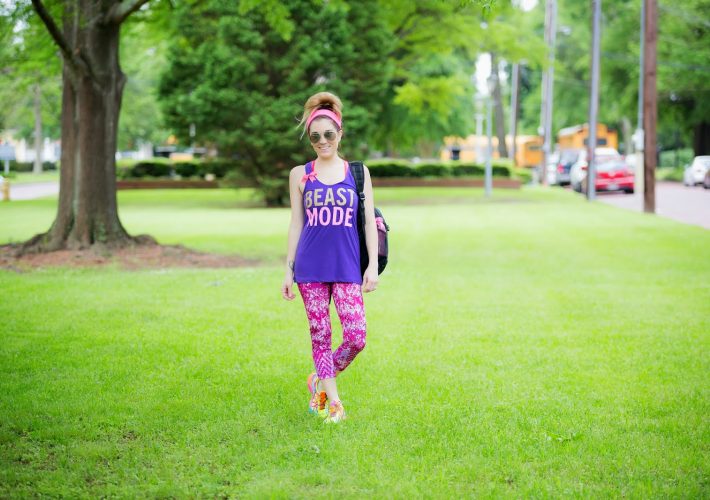