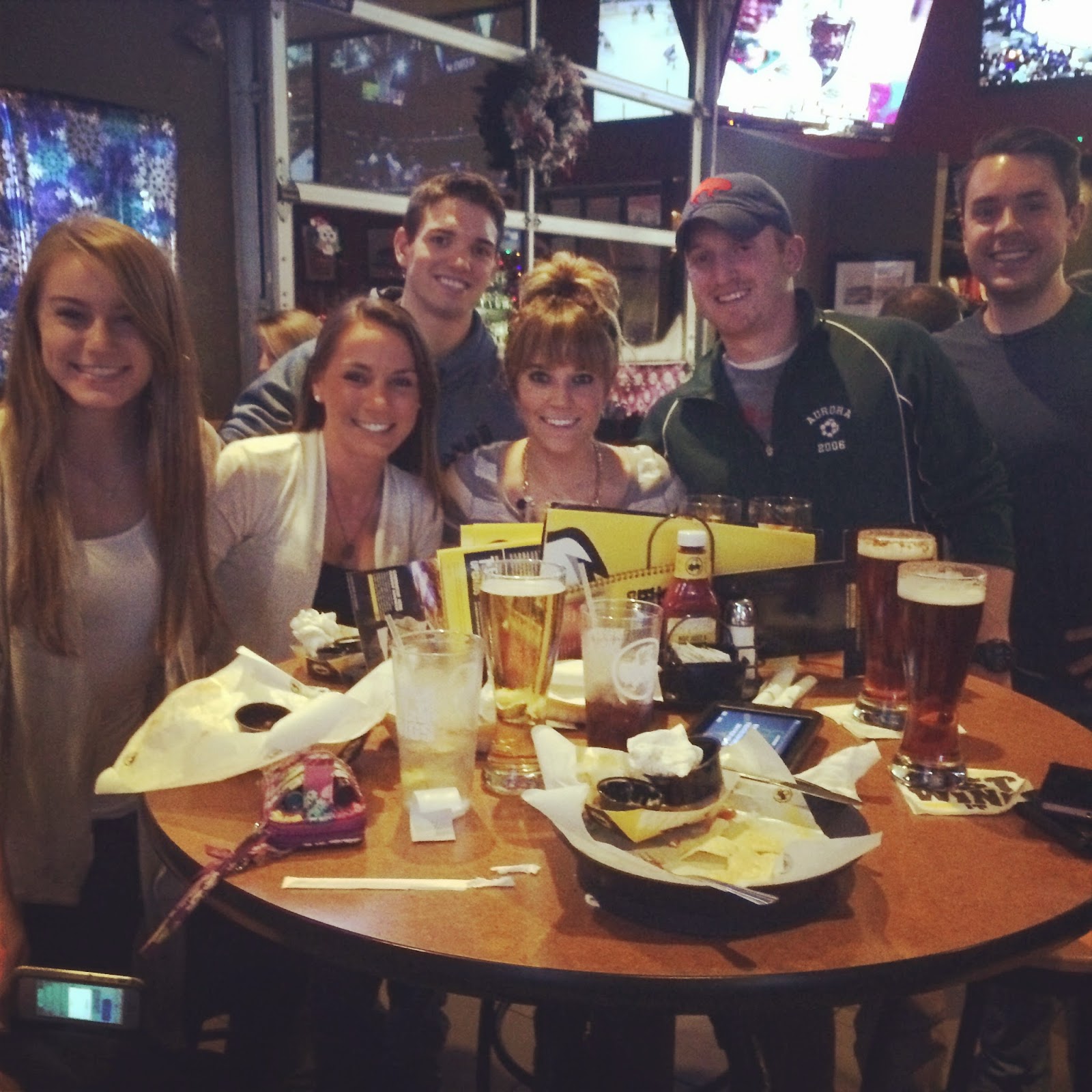 Christmas has always been my favorite holiday. It’s one of the only times each year that I get to be with all of my family and we always have an absolute blast together.
This year was a little different because my Chicago family couldn’t make it in. They typically come in the night before Christmas Eve and we all meet at Bdubs for wings, beer, and some friendly competition. But to keep tradition alive, those of us that could decided that we would still meet there and carry on! We missed them, but we had a great time catching up. And let it be known, the girls team beat the boys team in trivia 😉 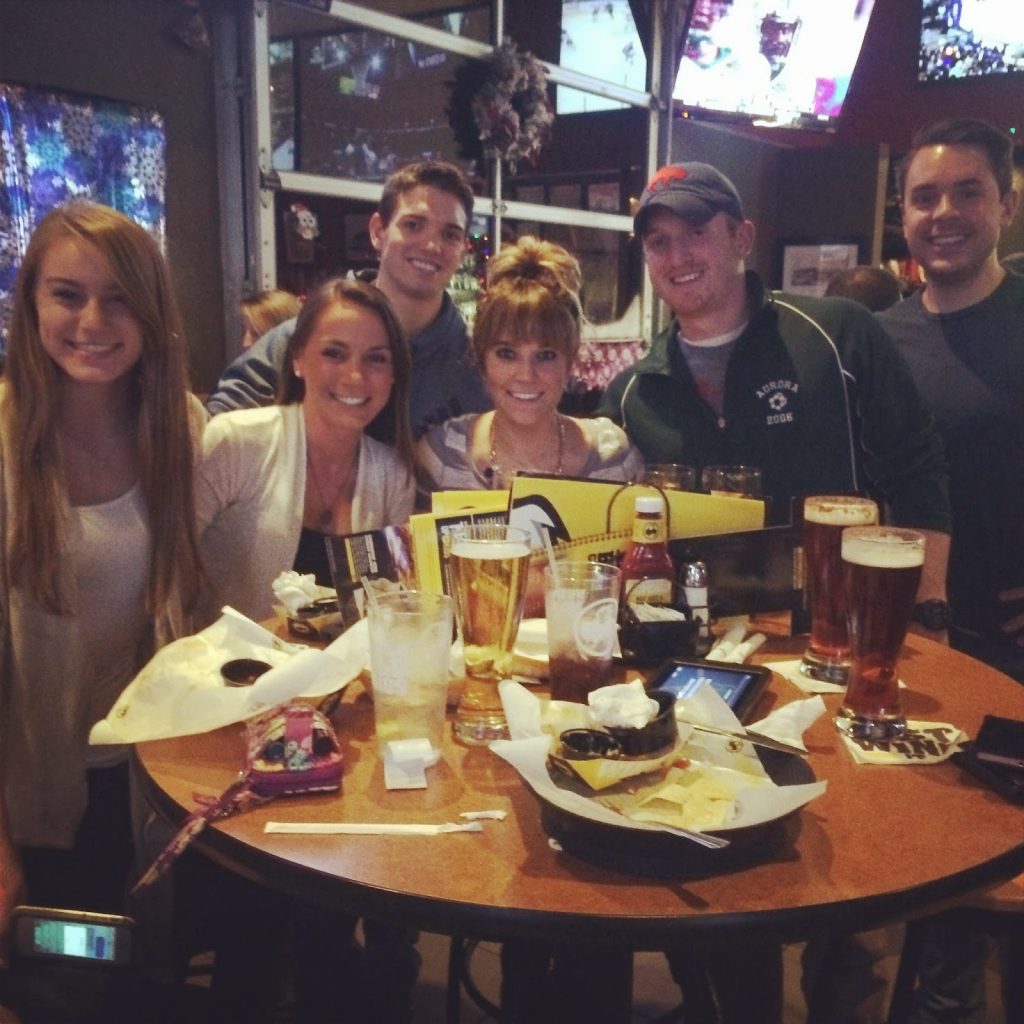 Christmas Eve day was spent running around and wrapping presents. I usually have my shopping done by mid December but with Zach coming home early, there were a few last minute things that needed to get done. But then we spent the rest of the afternoon relaxing and watching Christmas movies. 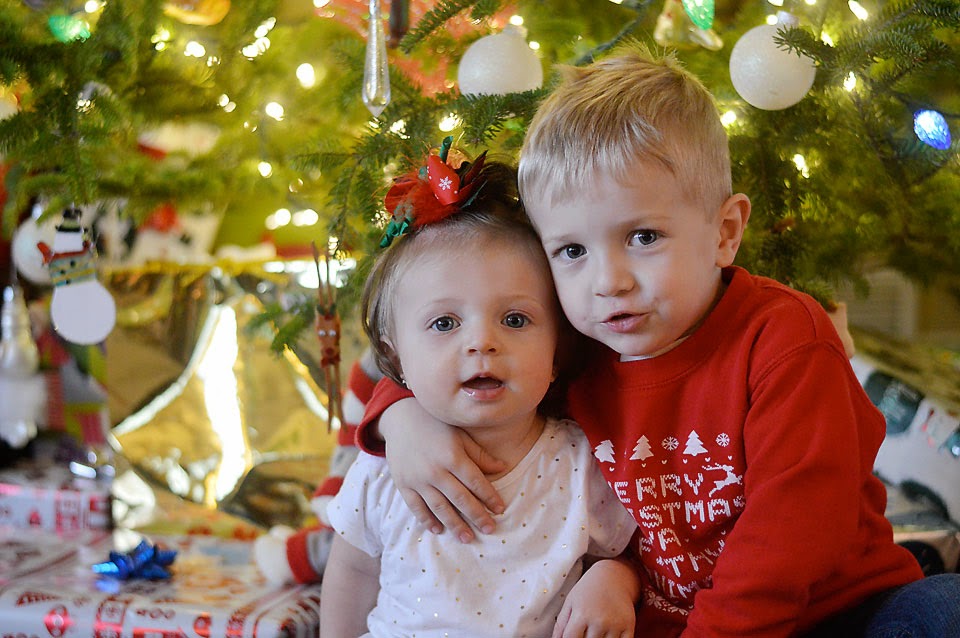 Christmas Eve is always spent with my dad’s side of the family and we rotate the “host” house each year. We always play a game with dice where everyone brings a present, you roll a 7 or 11 to choose one and then a 7 or 11 to steal another one for 10 rounds. It tends to get a little crazy but it wasn’t too viscous this year… probably because we were down 10 + people. Next year, it’s on… 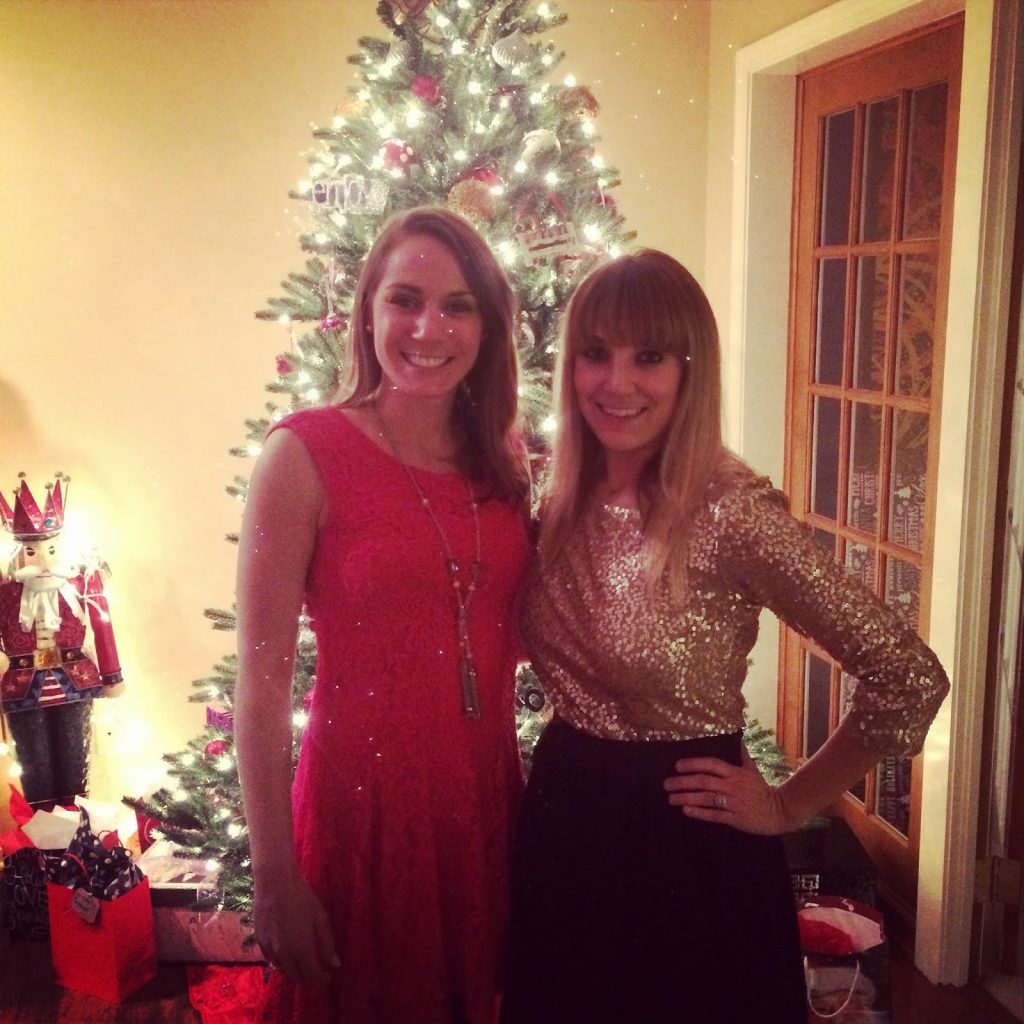 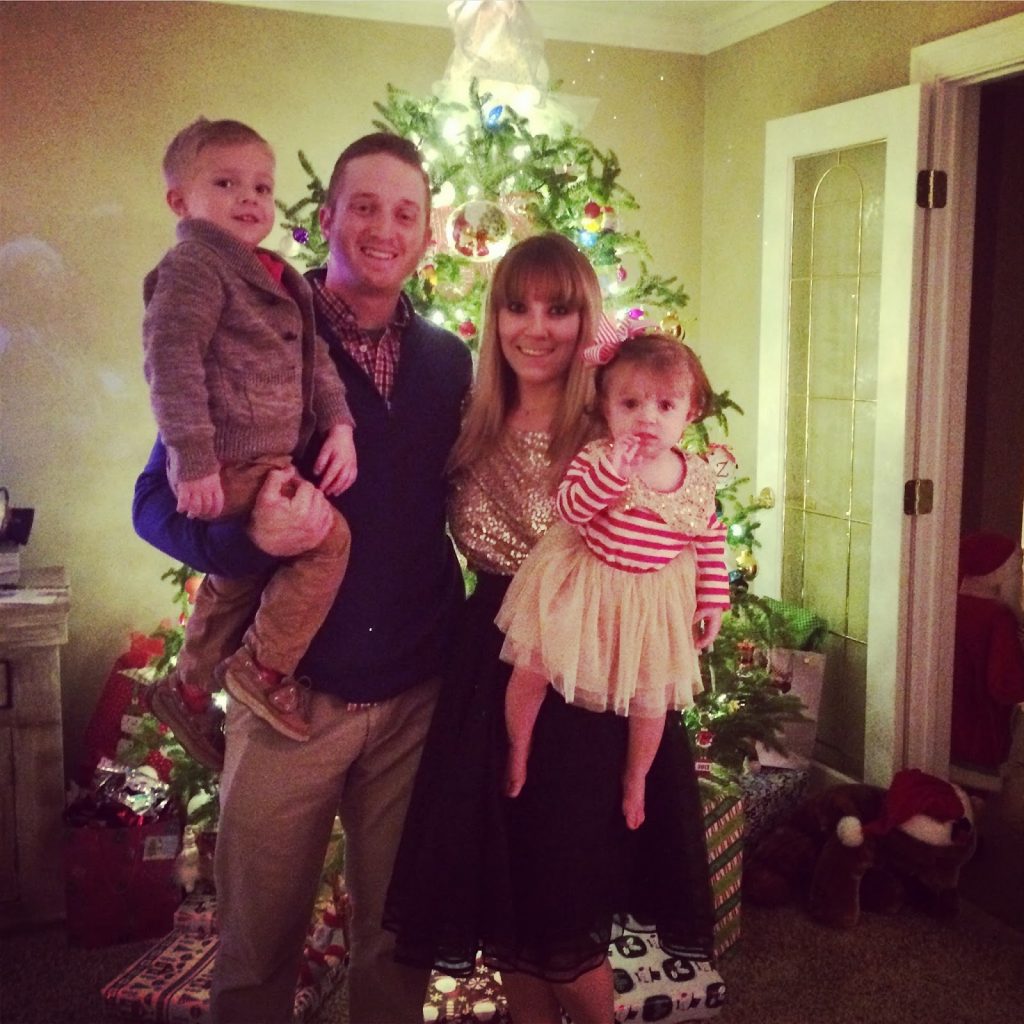 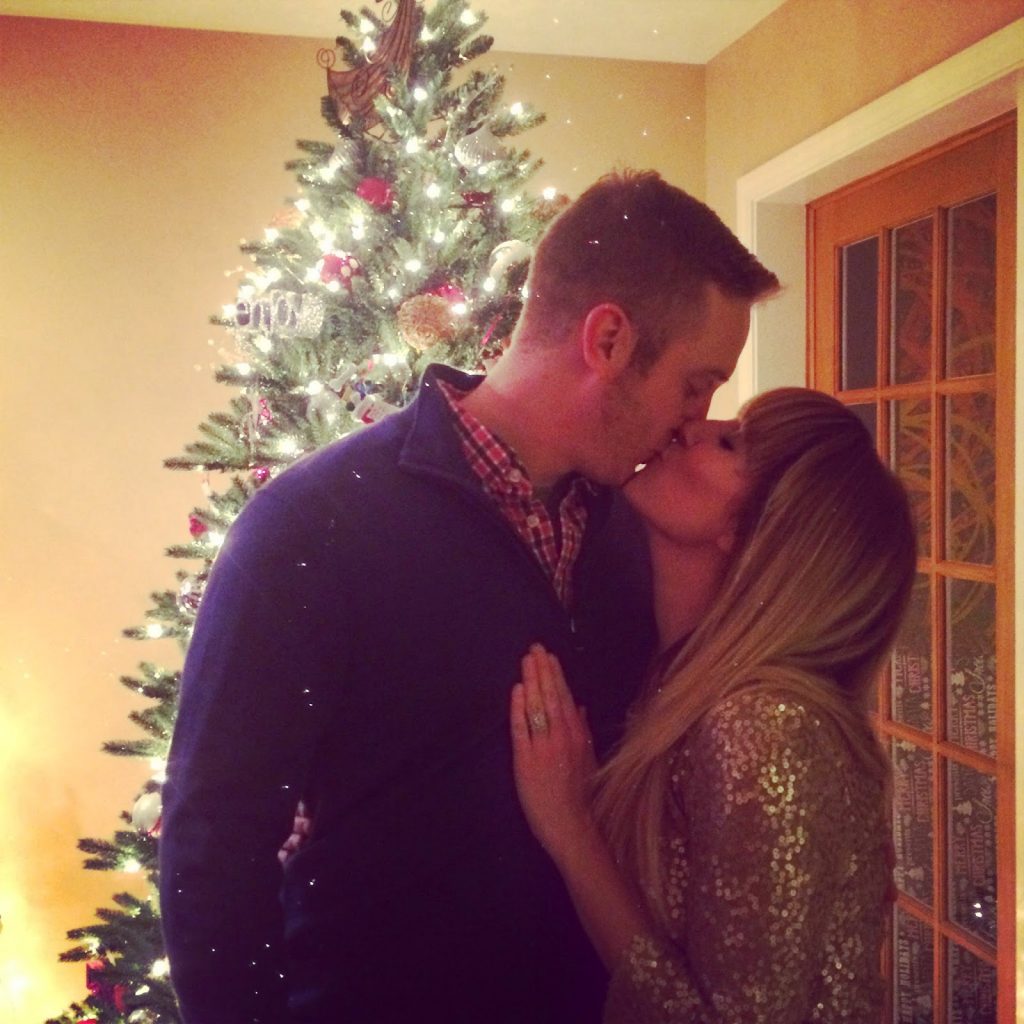 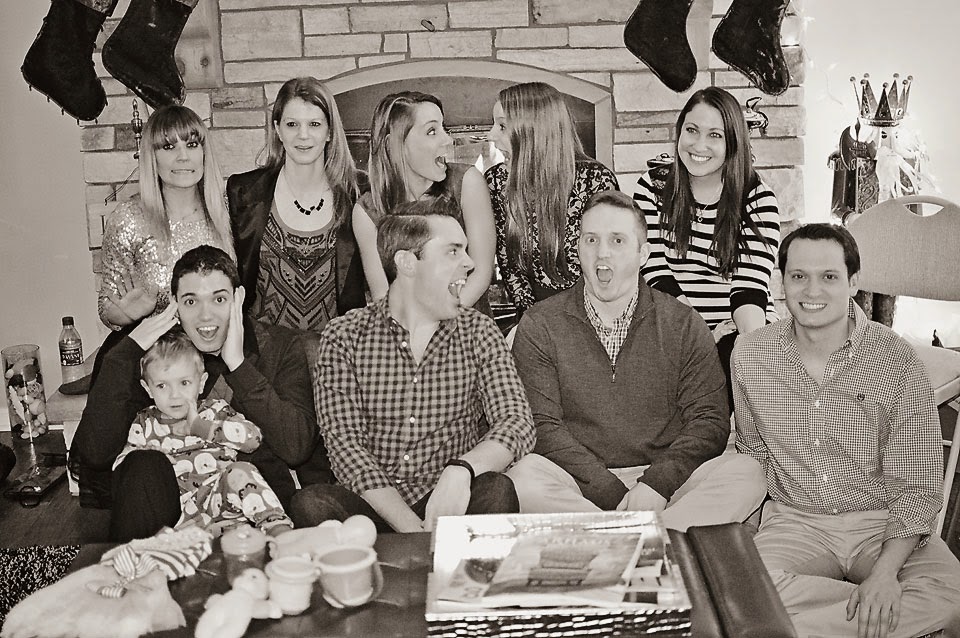 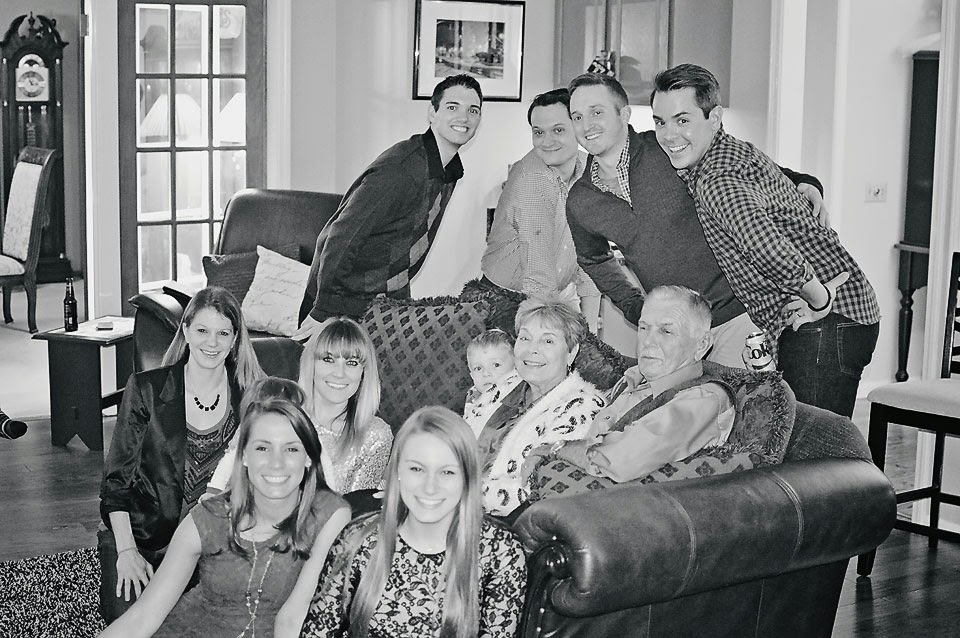 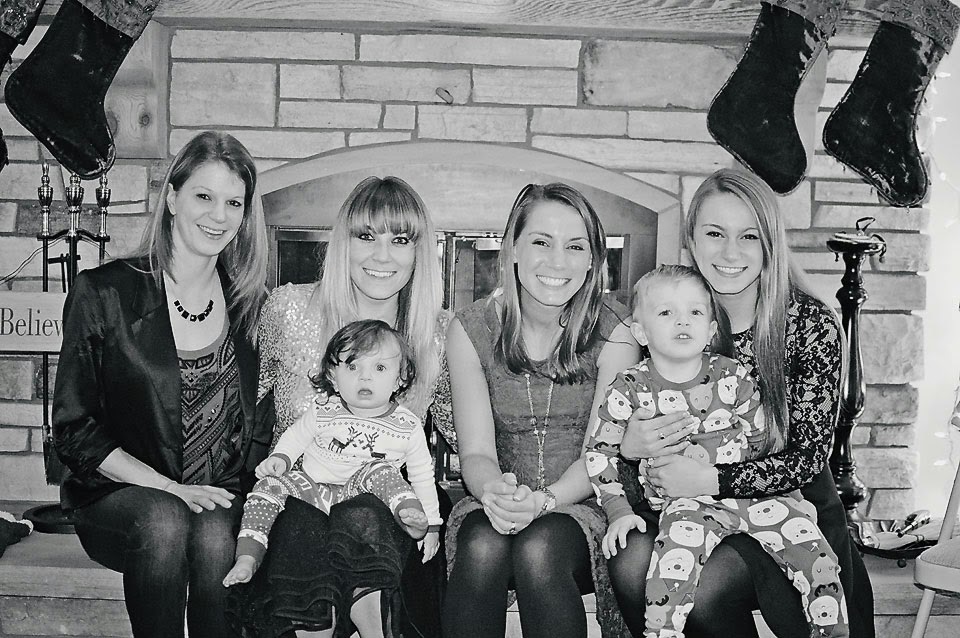 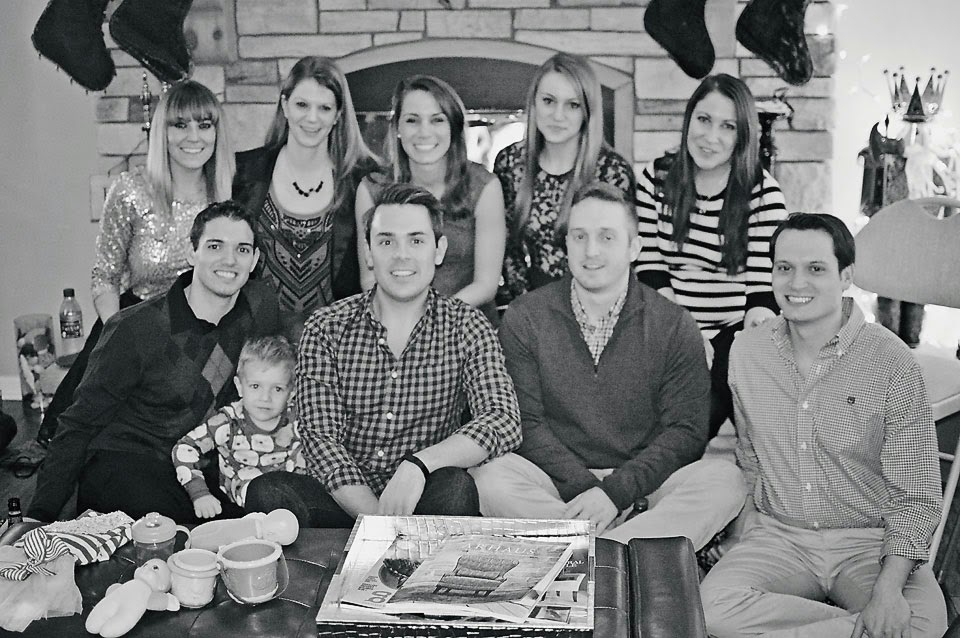 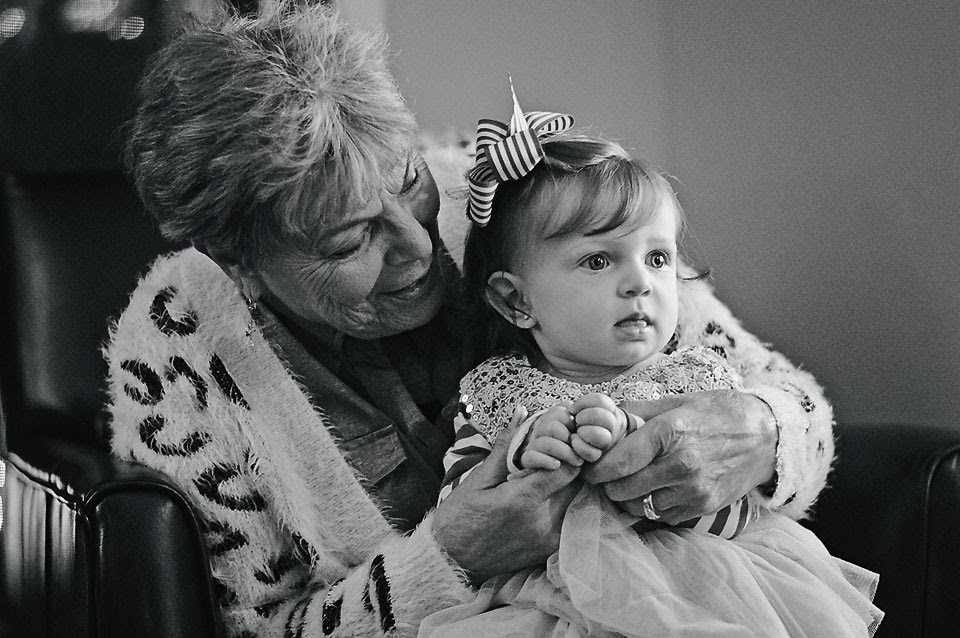 We headed home early to put out milk and cookies and wait for Santa to come! 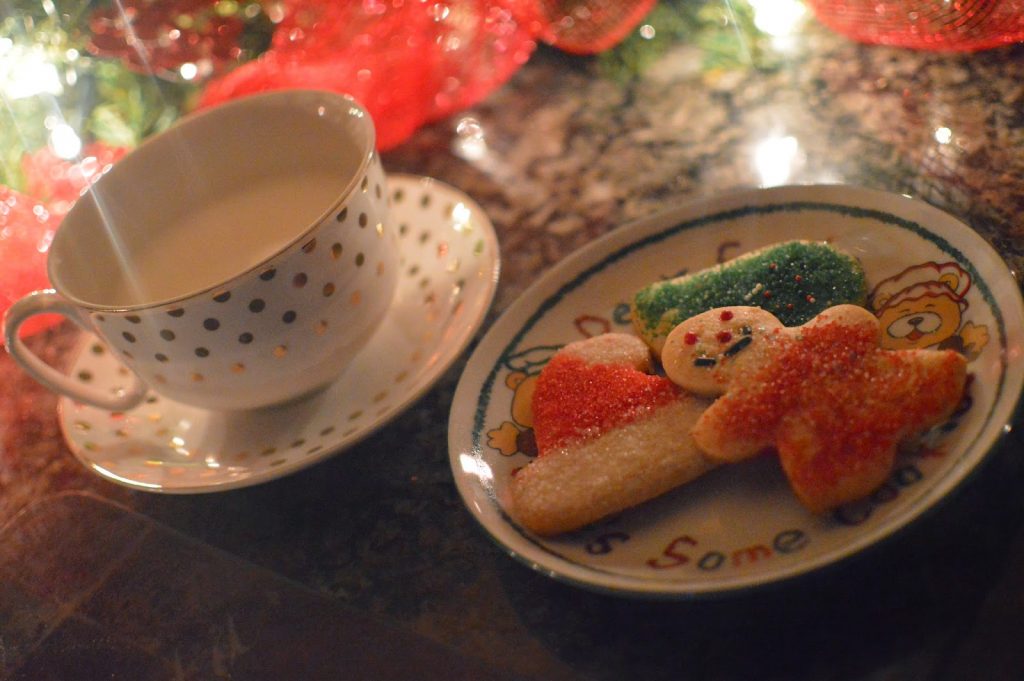 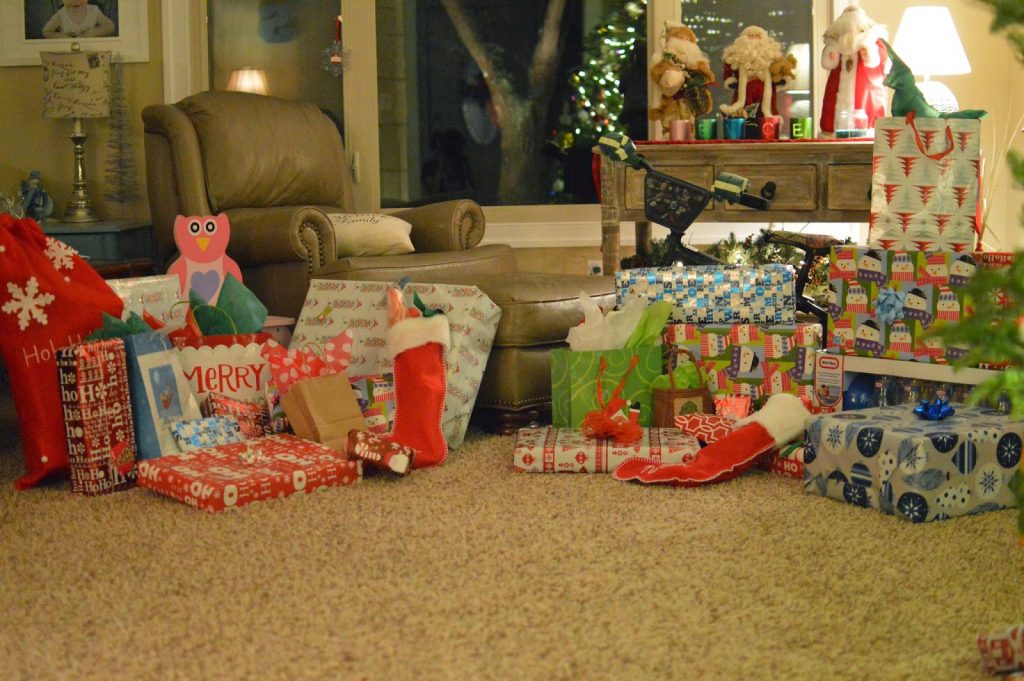 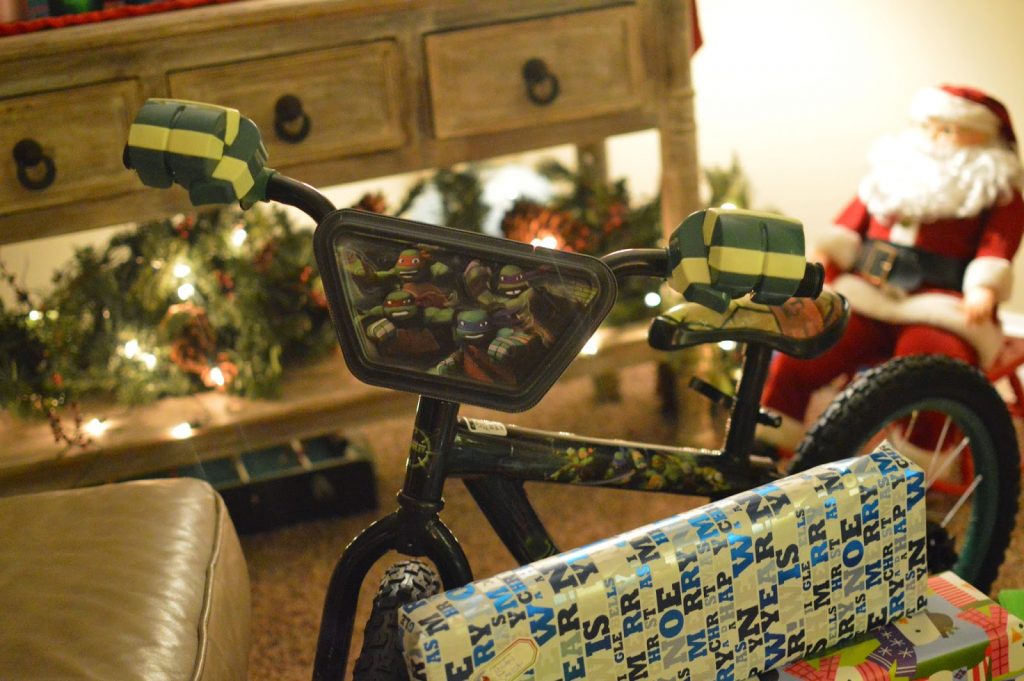 And then surprisingly, the kids slept late Christmas morning. Guess Christmas Eve wore them out! But Nolan was beyond excited to open all of his presents and I think he opened most of Paislee’s too. When he was done, I asked if he had gotten everything he wanted and he said yes. Well it was supposed to be a trick question because his bike was hiding in the laundry room. So I found one last wrapped present, his helmet, and just about lost it when he opened it, checked the bag, and said “but I wanted a bike.” And then it was to the laundry room we went…and there it was. A Teenage Mutant Ninja Turtles bike in all it’s glory. 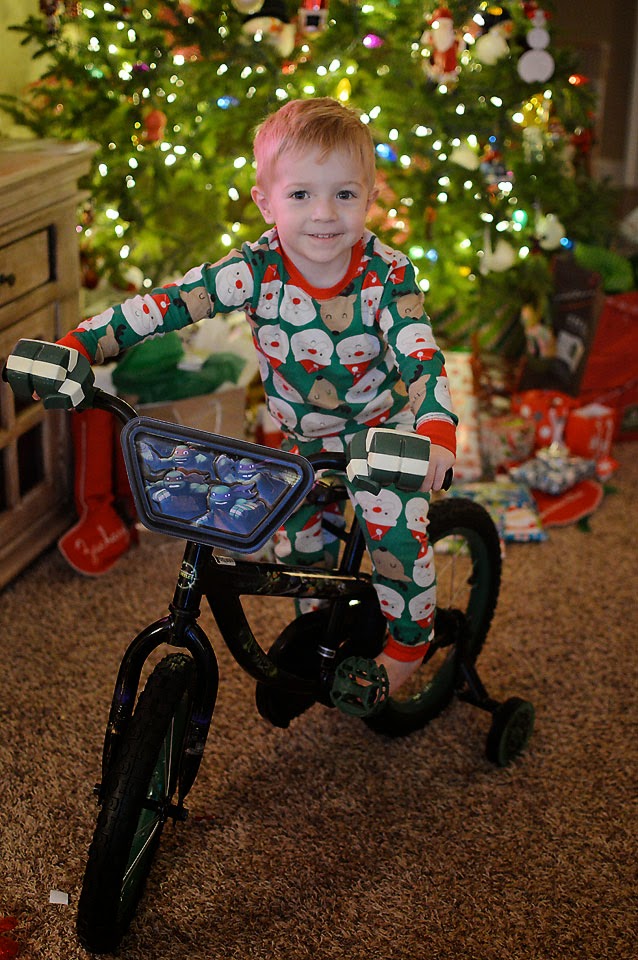 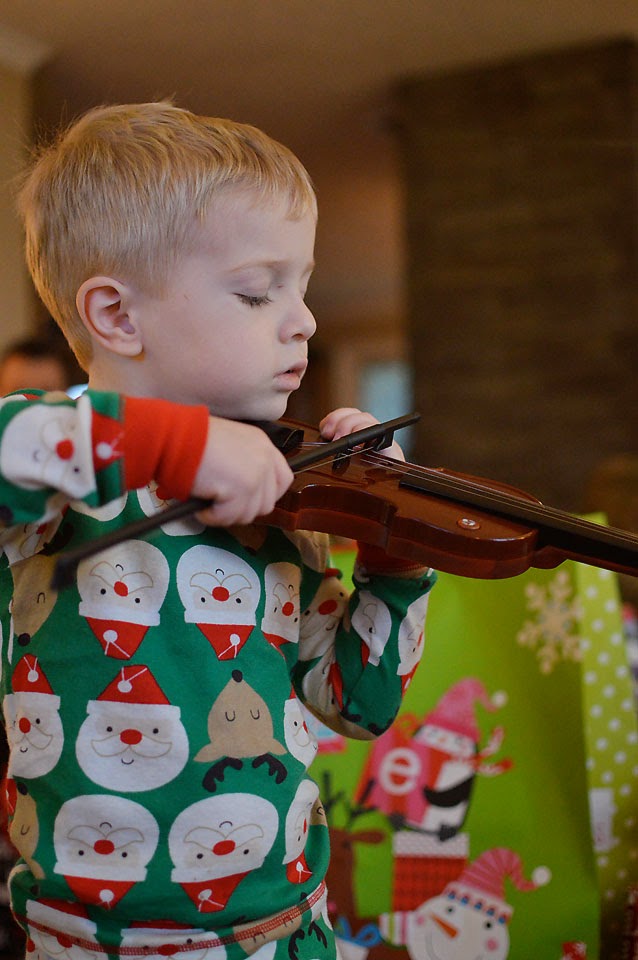 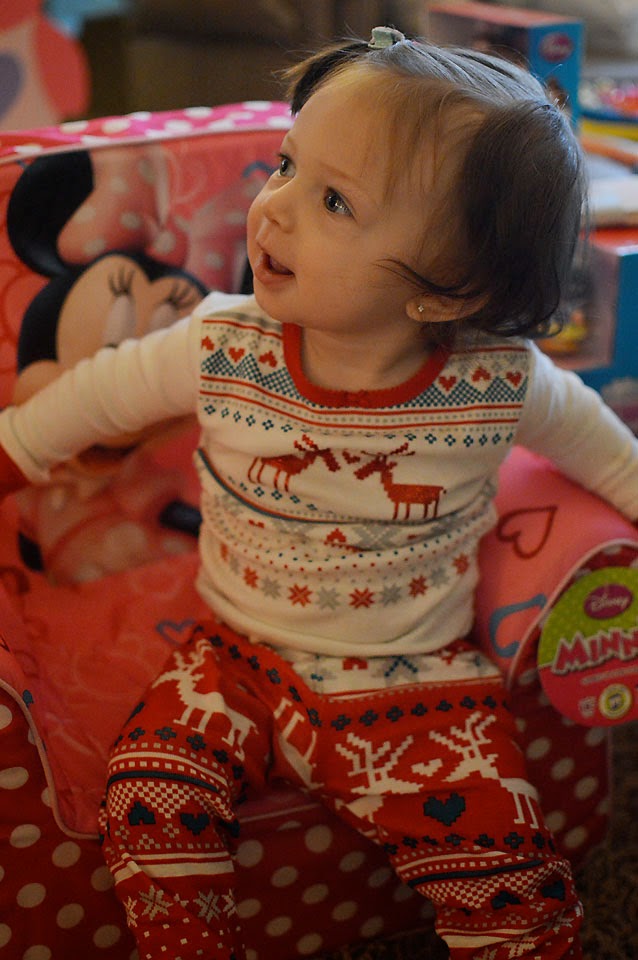 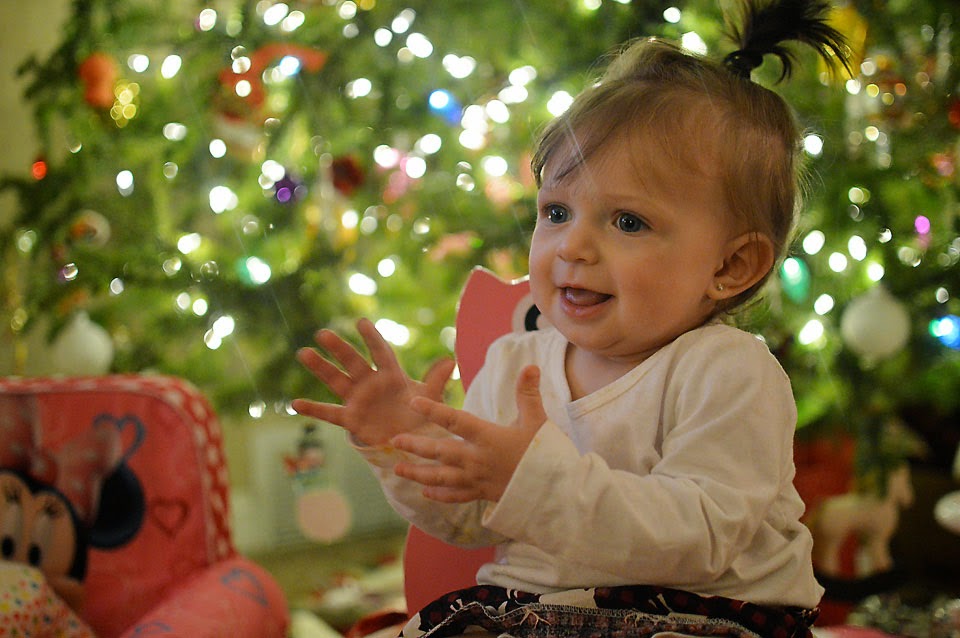 My mom’s side of the family always comes over Christmas day. My cousins are usually working or going to their spouses’ side of the family so it was such a pleasant surprise when my cousin and her husband made it over too!
We had such a wonderful Christmas. The kids were absolutely spoiled and I don’t think we will need to buy a single toy all year. But more important than presents, we got to spend it with the people we love and make new memories along the way. Things change a lot as you grow up but it’s good to know that family will always be there to give you some sort of constant. And I just happen to have the most amazing family in the world.
To top the weekend off, we celebrated Nolan’s 3rd birthday and Paislee’s 1st birthday at my parents house. Since we are leaving to go back to Georgia this week, we wanted to make sure they had their special celebration before that. I’ll share more about that tomorrow 🙂
Hope you all had a great holiday weekend! xoxo 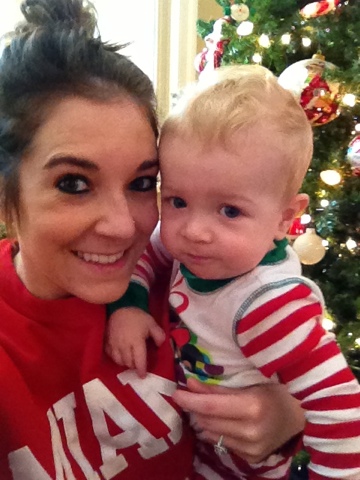 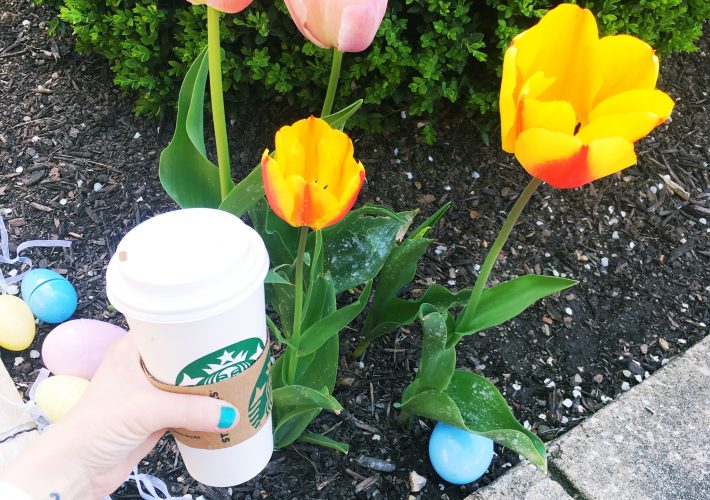