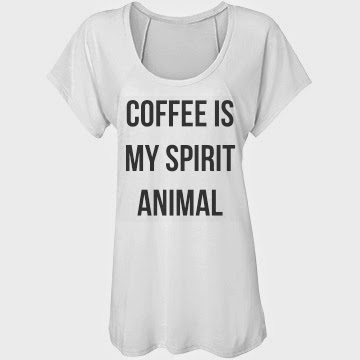 Have you ever been so tired that you feel hungover? Well in case you haven’t, that’s exactly what exhaustion feels like. Although without the fun the night before.
P crawled out of her crib for the first time the other night, and was standing at the top of the stairs. Yes you read that correctly…AT THE TOP OF THE STAIRS. I seriously put on 10 years of my life in that moment. I didn’t even know this little peanut was strong enough to do that but apparently I underestimated her. We tried to lower the crib but it looked like she would still be able to Scofield her way out of there (Prison Break, anyone?). So we decided we would make the transition to a toddler bed for safety reasons.
We put a gate at her door, and then another one at the top of the stairs. I bought a video monitor and had high hopes that this would be an easy transition. And it might have been…had there not been something else going on. Teeth, ears, who knows. But homegirl decided to scream and cry from 2:30-5:30 a.m. the other and wanted nothing to do with her daddy. I was the only one she wanted and was only calm when she was nursing or laying right next to my face.
I tried everything; I laid in the crib, halfway out, on the floor with my hand on her… nothing worked. She must have exhausted herself after doing it for three hours and finally passed out. We tried again last night and she did much, much better. She didn’t wake up until 5:30 a.m. and the only problem we had last night was Nolan waking up at 1:30 and crying for me. Because…
Last night was the first night he’s slept in his own room. He’s been sleeping on my floor since before we moved to the new house, only after I told him he couldn’t sleep in my bed anymore. We co-slept with him when he was younger and it’s never been the right time to transition. I didn’t want to force him out after I stopped nursing him. I didn’t want to force him out when P was born. I didn’t want to force him out each time after the multiple moves. Poor kid has had it rough. So transitioning him to his own room and bed needs to be gradual.
I’ll admit, Z and I don’t have them on the best routines. Or really any routines. P is on a better one than Nolan, but now that Nolan is in school, we’re working on it. But last night was the first time we went upstairs and put our foot down… no one was coming down. We read books, we sang songs, and we laid with them while they fell asleep. Some people can say “bedtime” and their kids go to bed no problem. My kids have had a little bit of a different lifestyle thus far and that just hasn’t worked for us. Maybe one day when the time is right but for now, it’s going to be a little bit of a process.
We’re headed to the doctor today for P’s 15 month check-up and my biggest point of concern is going to be the nursing issue. Little diva child still wants to nurse all day everyday and I have just reached my limit. Nursing is a beautiful thing and it has been wonderful for the past 15 months. And was wonderful for the 15 months I nursed Nolan. But my body is exhausted. I’m no longer excited to get to sit on the couch and spend those precious minutes with her. I love snuggling her and cuddling her but there’s just so much else I need to get done. I feel guilty when Nolan says “Mom come play with me” and I’m nursing for the billionth time.  I know I should be “cherishing this time” and trust me, I have and do with other things we do. But nursing is extremely demanding and time consuming and I’m just at the point where I no longer want to continue.
The problem? She’s not that interested in food. She grazes here and there but never sits down to eat an entire meal. I can’t deny my child what she needs to survive, so I haven’t had a problem with continuing to nurse until now. And obviously I will keep doing it until she eats more solid food. I’m also going away for a weekend in June and she’s not coming. What will I do then? She has to be done nursing by then and I don’t really want to “cold turkey” it. So I’m hoping the doctor has some advice but if any of you have experienced anything like this, I would love to hear about it.
My parents come next week and I am SO excited! They haven’t been down to visit in awhile and I can’t wait to show them the new house. My dad is also a landscaping design genius and we’re going to give this yard of ours some TLC. We’re also going to some of my favorite antique stores, Chuck E Cheese (Nolan’s request), and more. Can’t wait!
It’s raining for the 5th day a row here in GA and I am so over it. These kids have so much energy they need to burn! It’s supposed to clear up next week and I can’t wait… ain’t nobody got time for this rain.
Hope you’re all having a great week! Be sure to check my Instagram later tonight for a super fabulous giveaway. I wish I could enter… so I would love if one of YOU guys won it!
xoxoxoxo