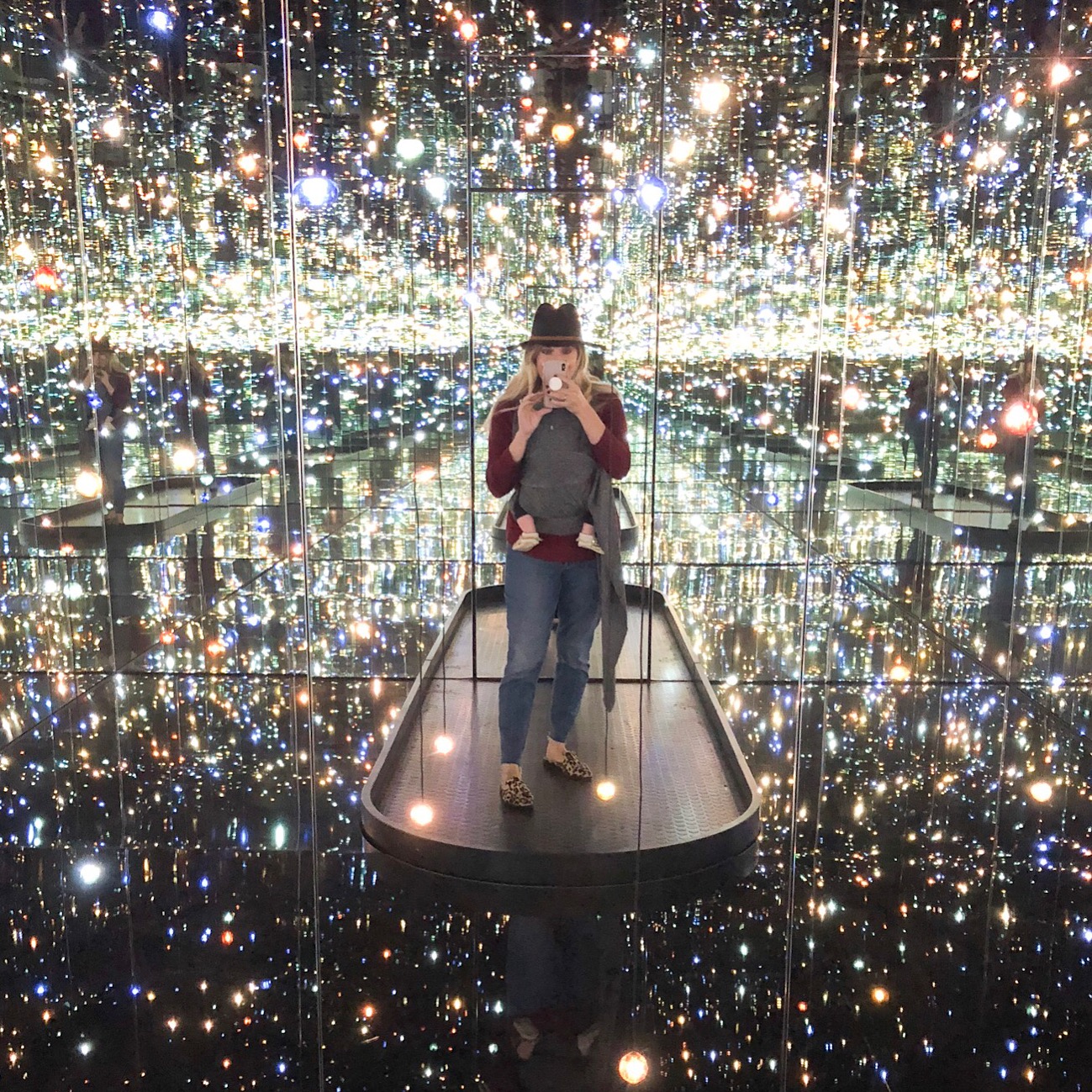 When we lived in D.C. for those short six months, the Yayoi Kusama Infinity Mirrors exhibit was at the art museum. We weren’t able to get tickets and I was super bummed. So when I heard it was coming to the Cleveland Museum of Art, I knew I wanted to get tickets. But with being super pregnant and then having a newborn, it wasn’t exactly my top priority and I totally forgot about it.

Until two Mondays ago when it randomly popped into my head to check the website ( I didn’t even know that’s when tickets went on sale!) I logged on at 9:30 a.m. and I had 4,528 people in front of me. Yeah… didn’t get my tickets that day. But I was determined to get them the following Monday so I set an alarm and then pulled over in a parking lot so I could focus on getting a spot in the que. I only had 527 people in front of me so so far, it looked promising! And then 28 minutes later, it was my turn to purchase my tickets. I couldn’t believe we would finally get a chance to go!

I told the kids where we were going and to my surprise, N had been learning about it in school in his art class. Which totally played to my advantage because he was excited to see it in real life. And if he was excited, P was excited too. I wrapped baby in her carrier and our little party of 5 headed to the first line.

Each “room” has it’s own line. So you get in line for the first one, then walk and get in line for the second one and so forth. Each line is about 20-30 minutes and each person gets 20-30 seconds in each room (apparently that’s how Yayoi Kusama intended the experience to be.). And when I say room, it’s really just a little box/pod kind of thing but the mirrors make it feel crazy bigger.

You guys it is SO cool. It’s such a simple concept but the way it’s all set up and the meaning behind the different rooms is amazing. And after being there and seeing it all, I had to research more about Yayoi and her life. She is such a unique individual and I never knew I liked art this much. But for real, this was such a cool experience and I would highly recommend it to anyone who gets the opportunity! 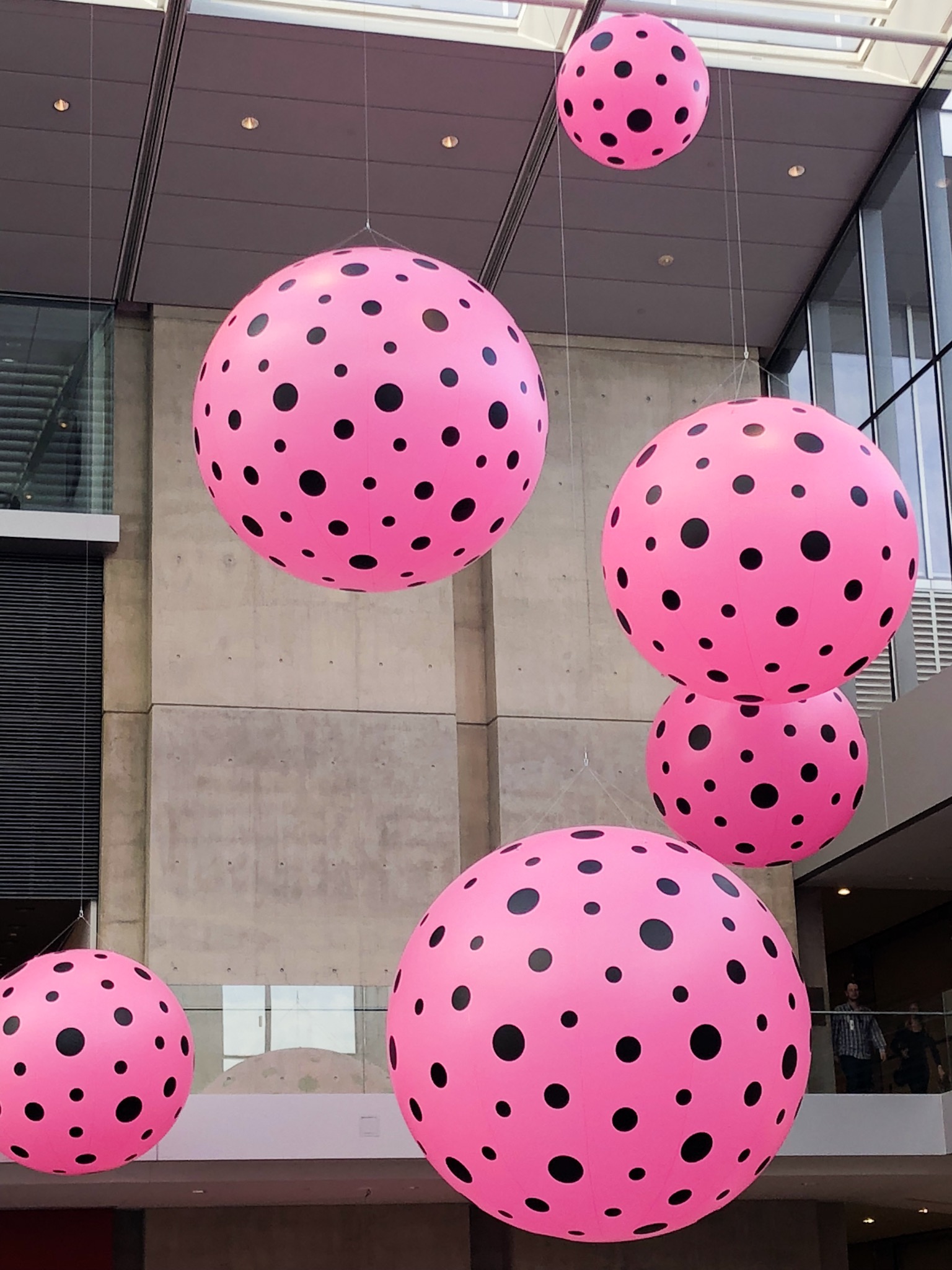 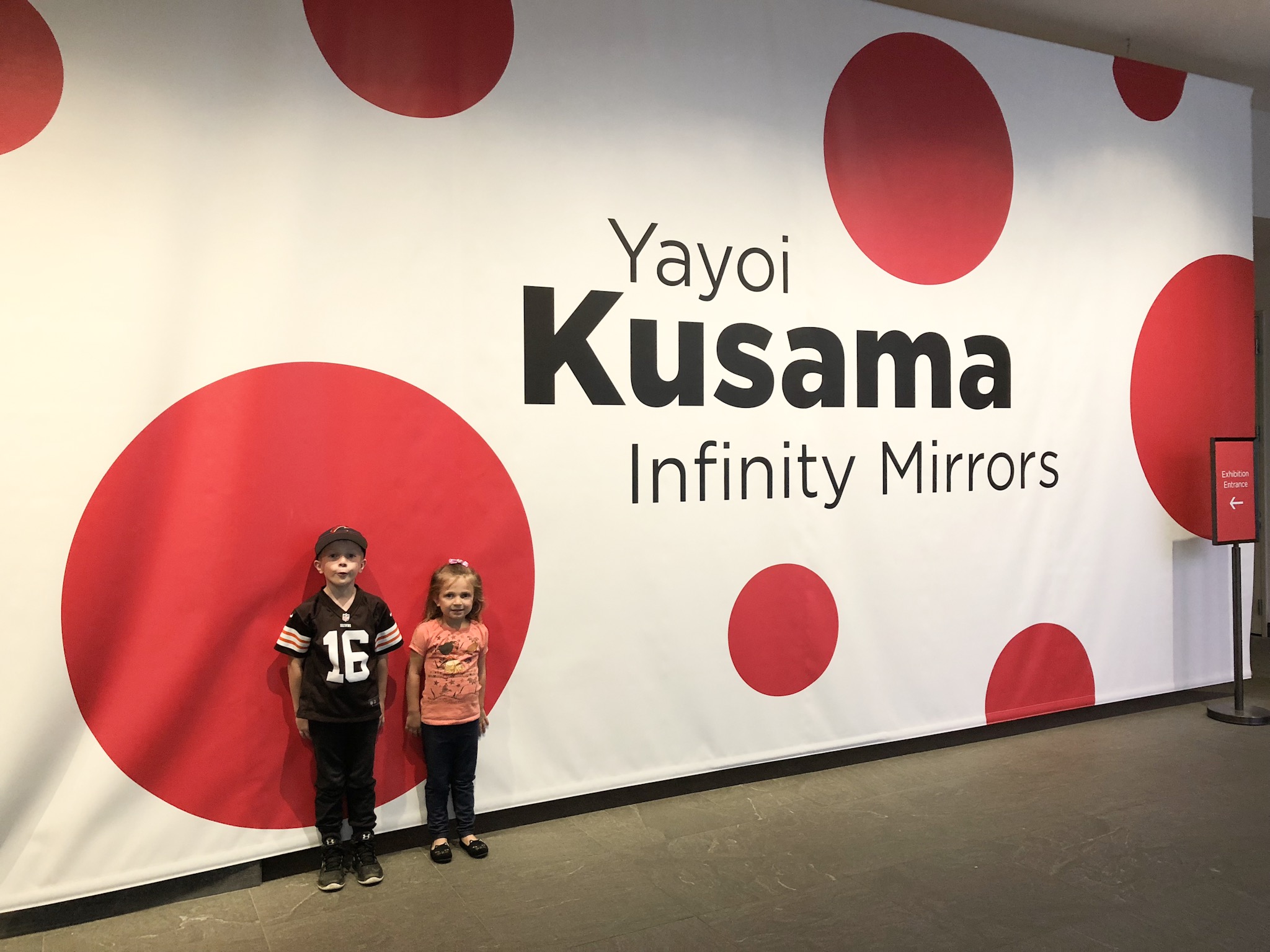 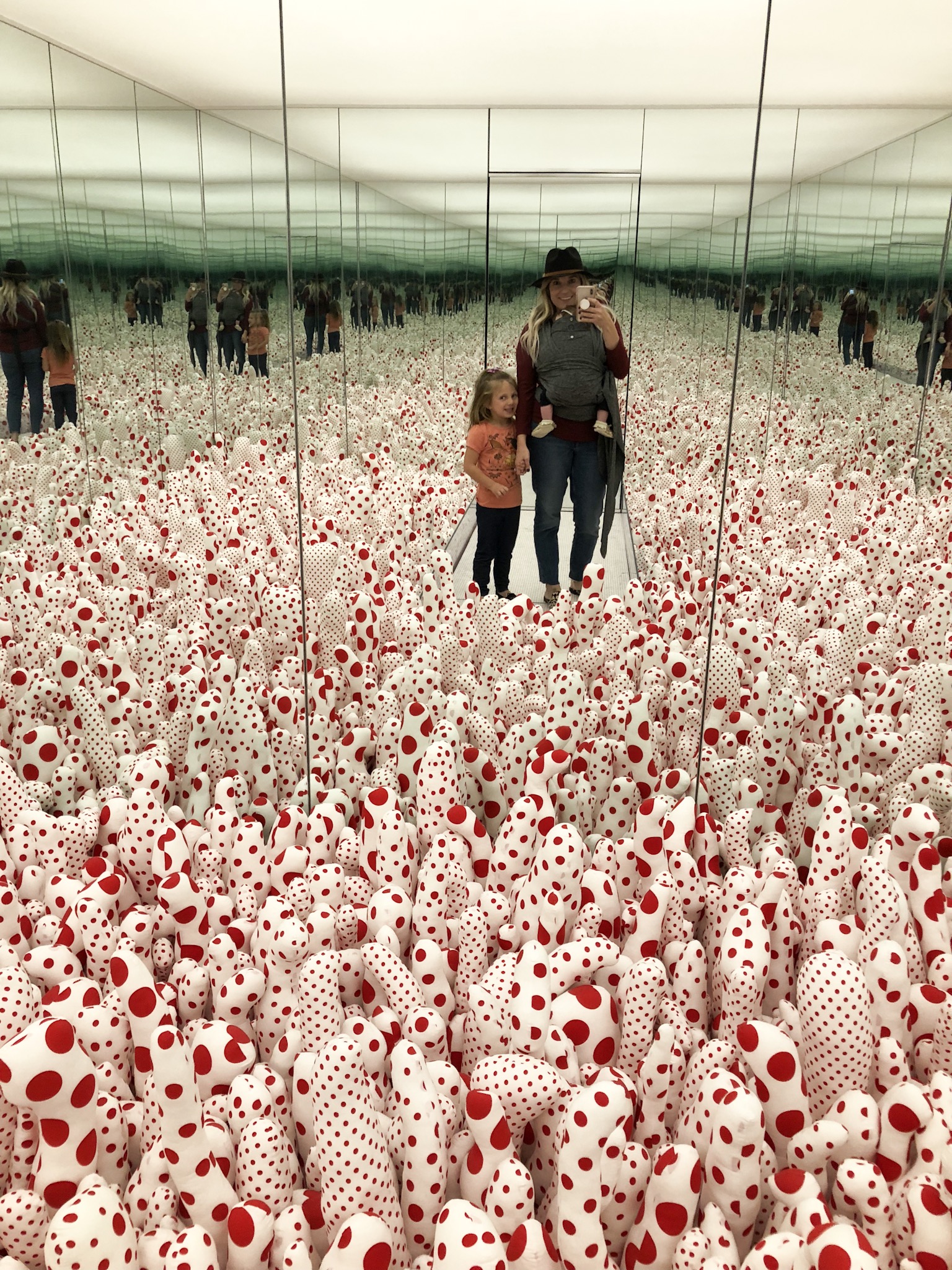 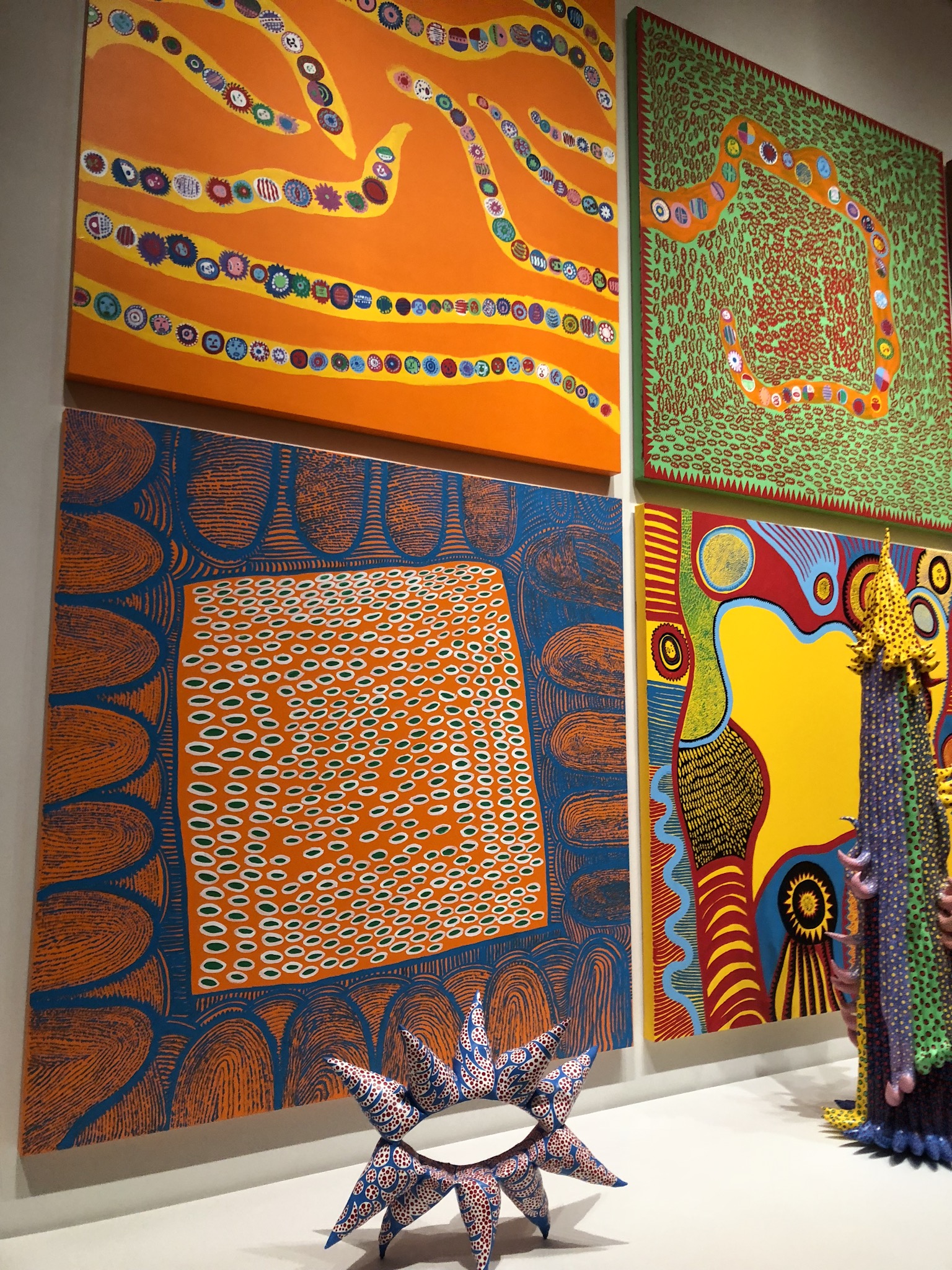 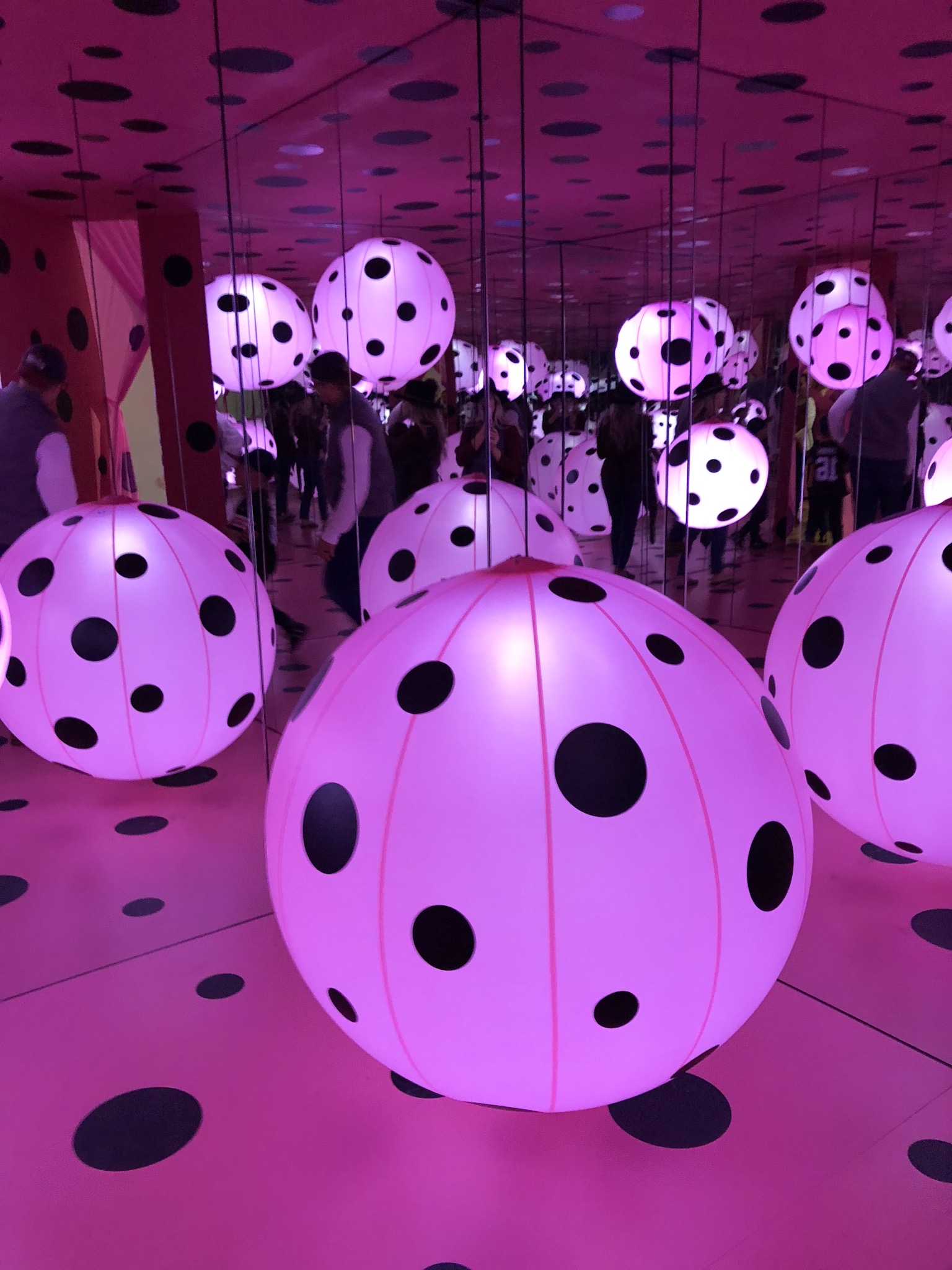 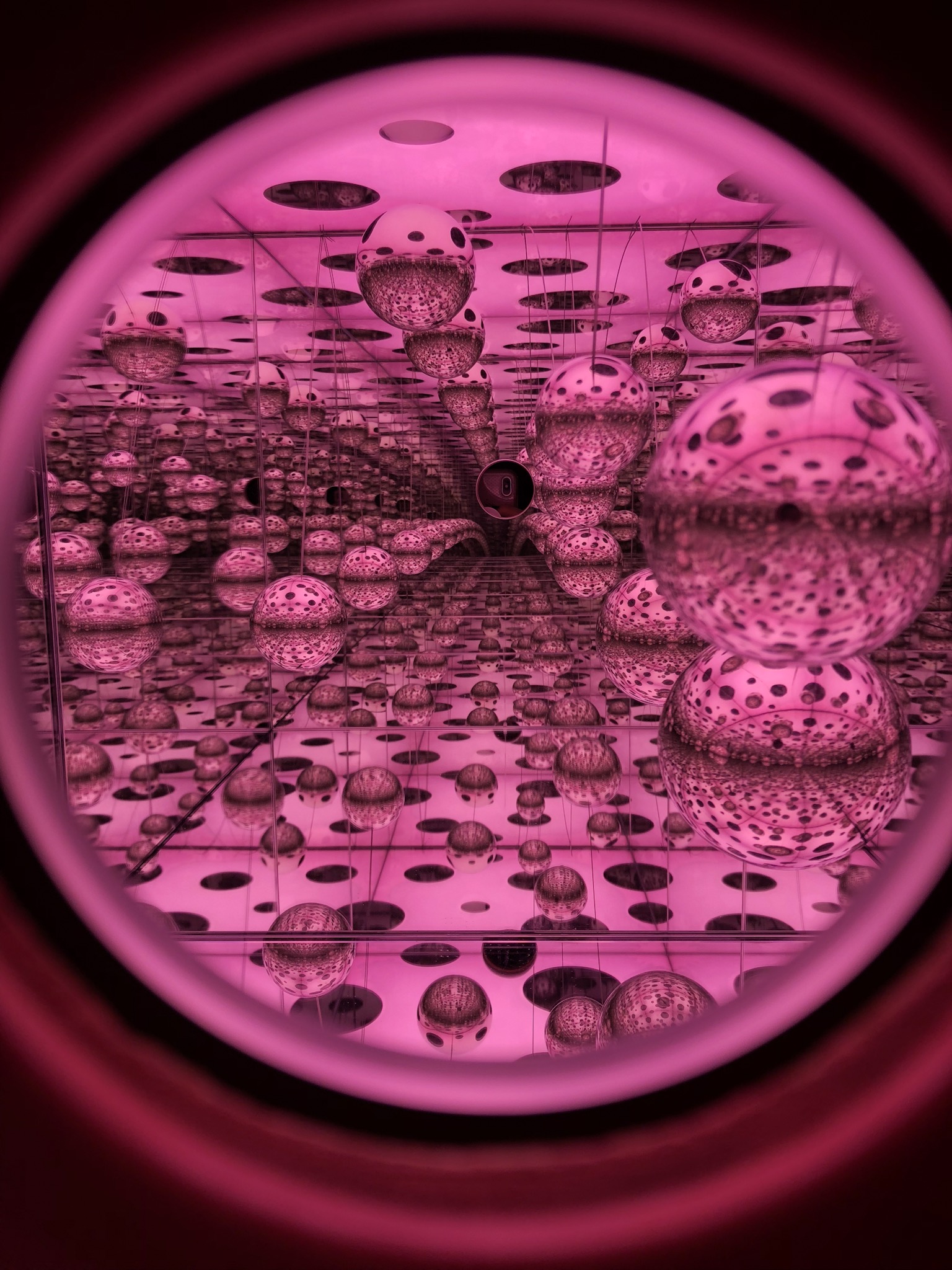 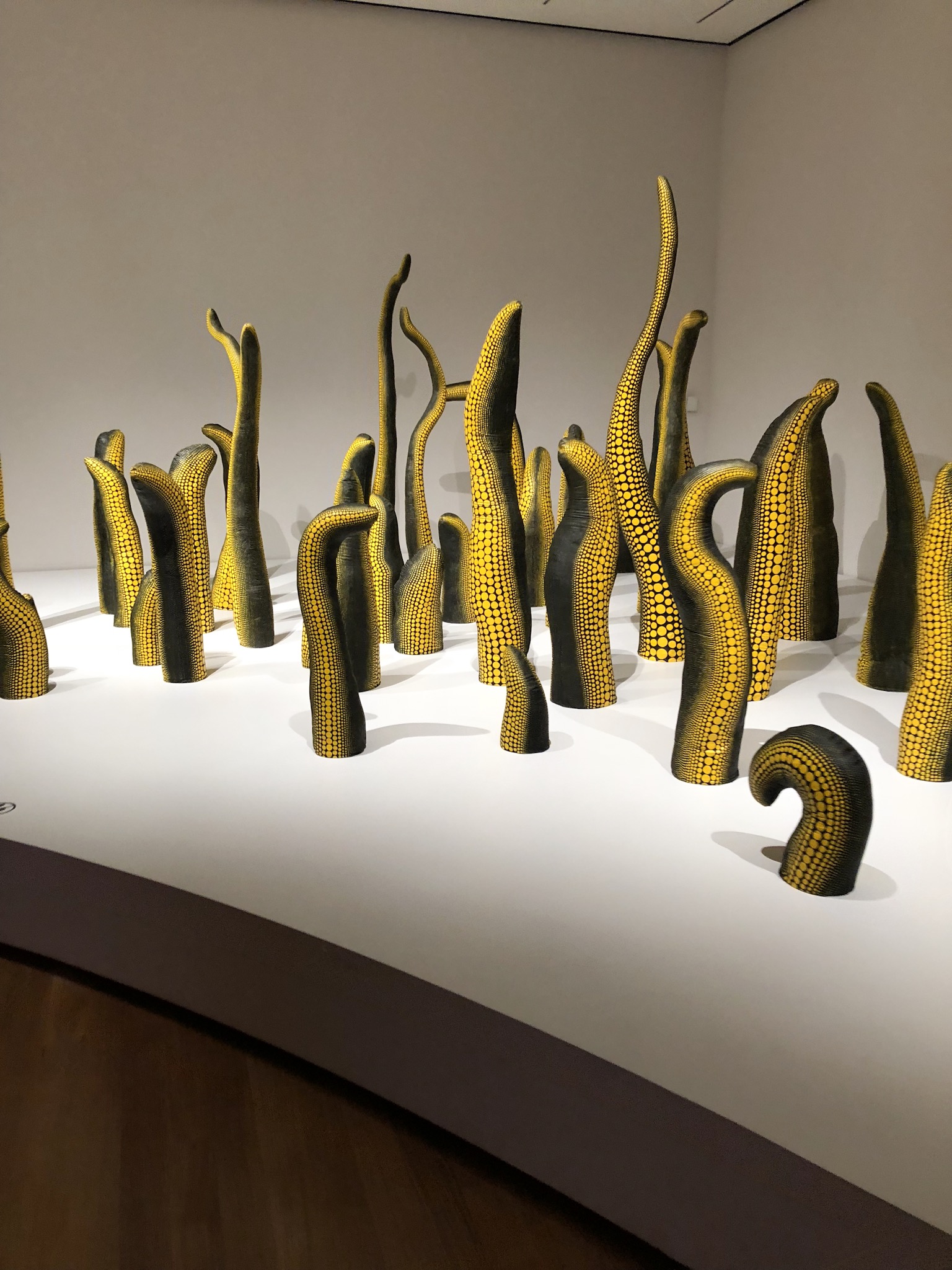 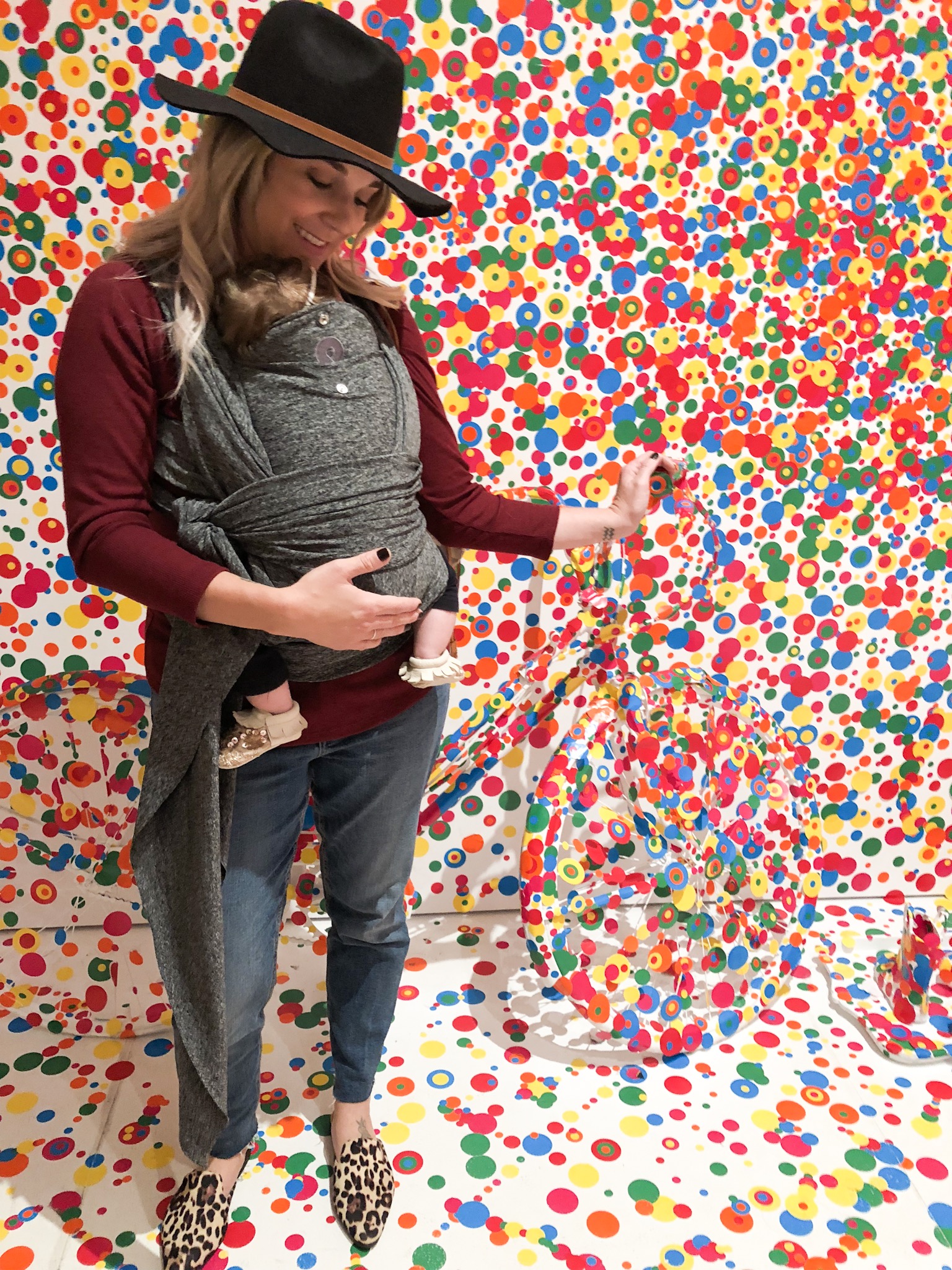 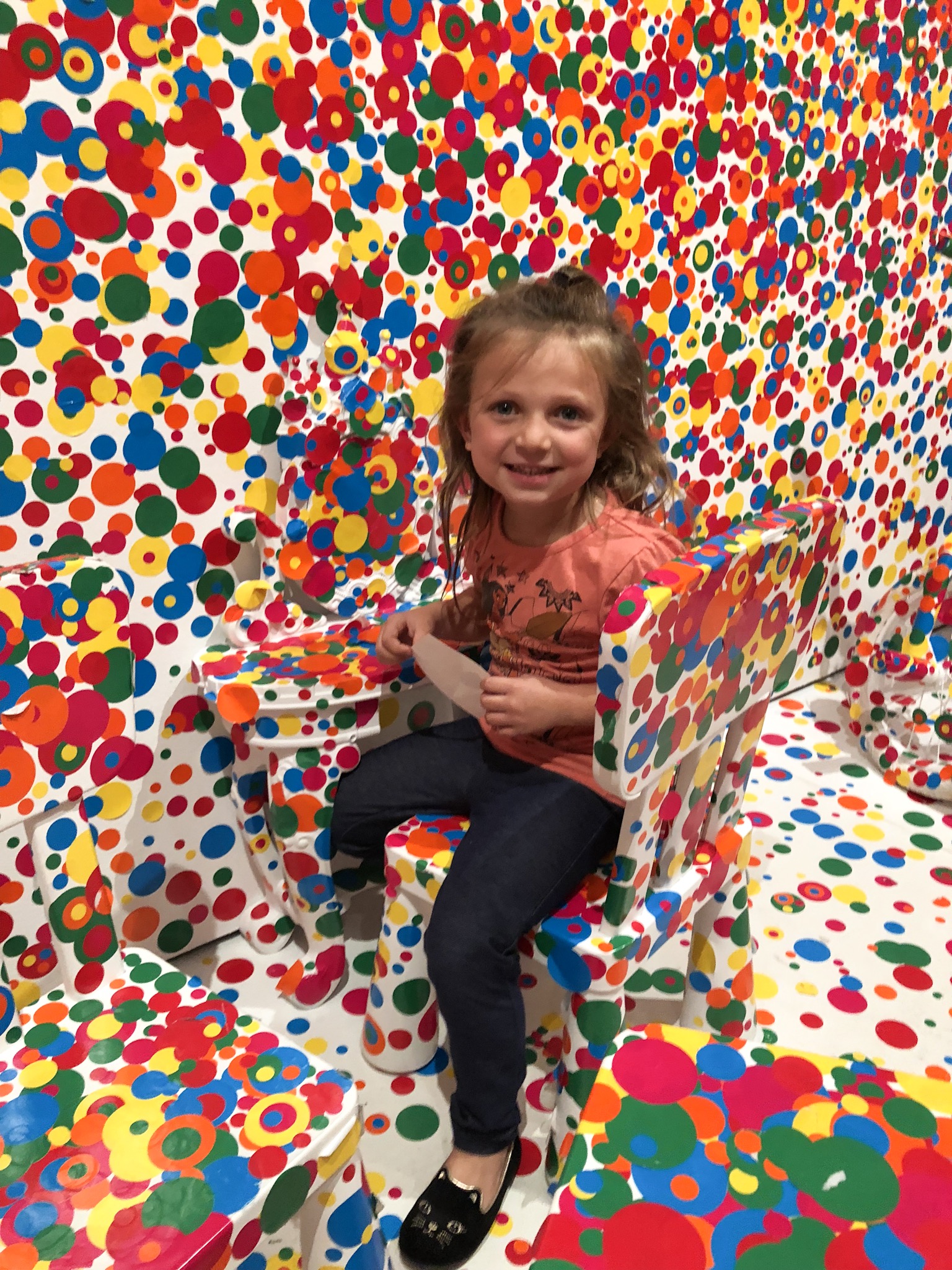 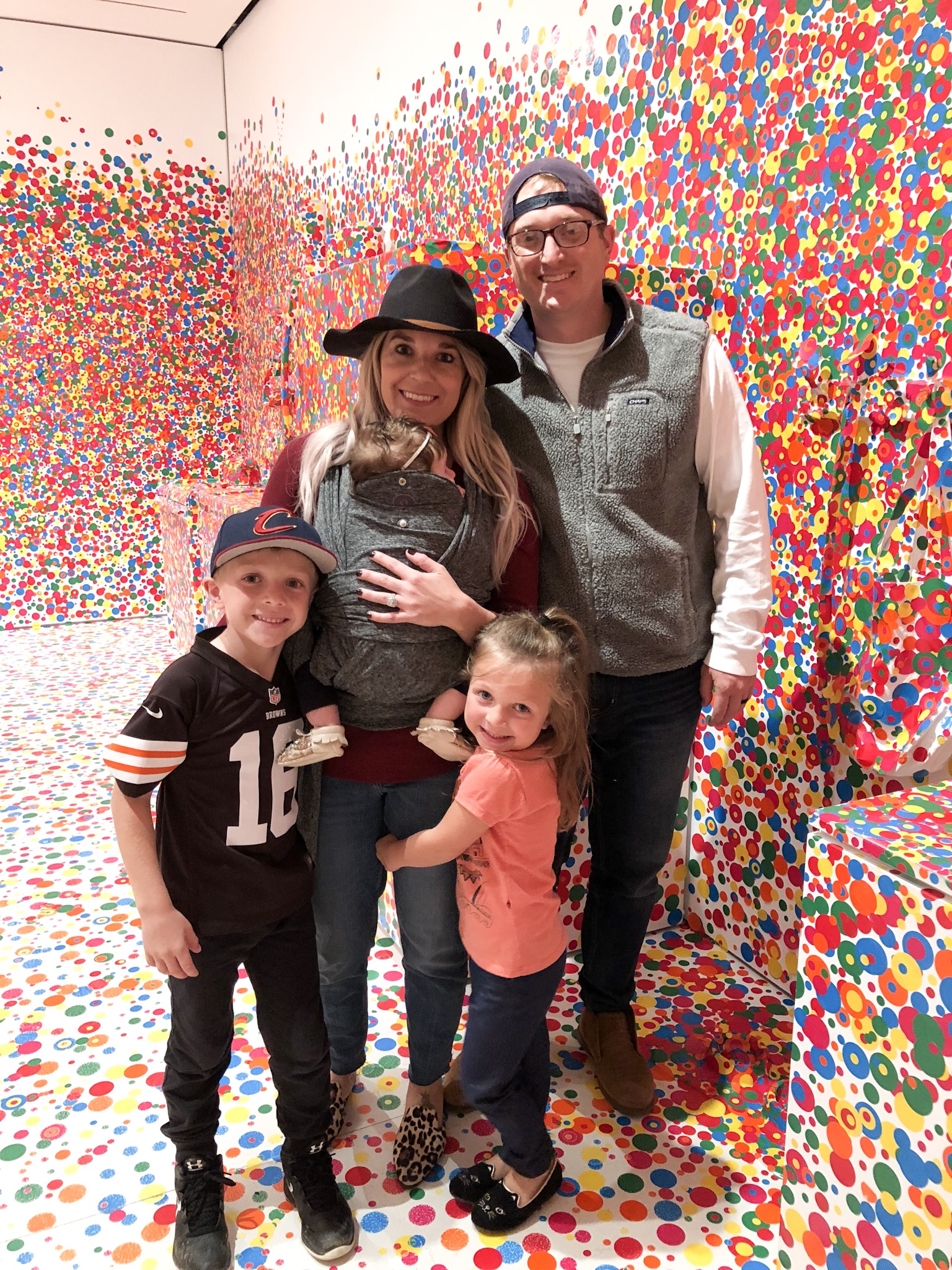 Have you been to the exhibit? What did you think of it?!