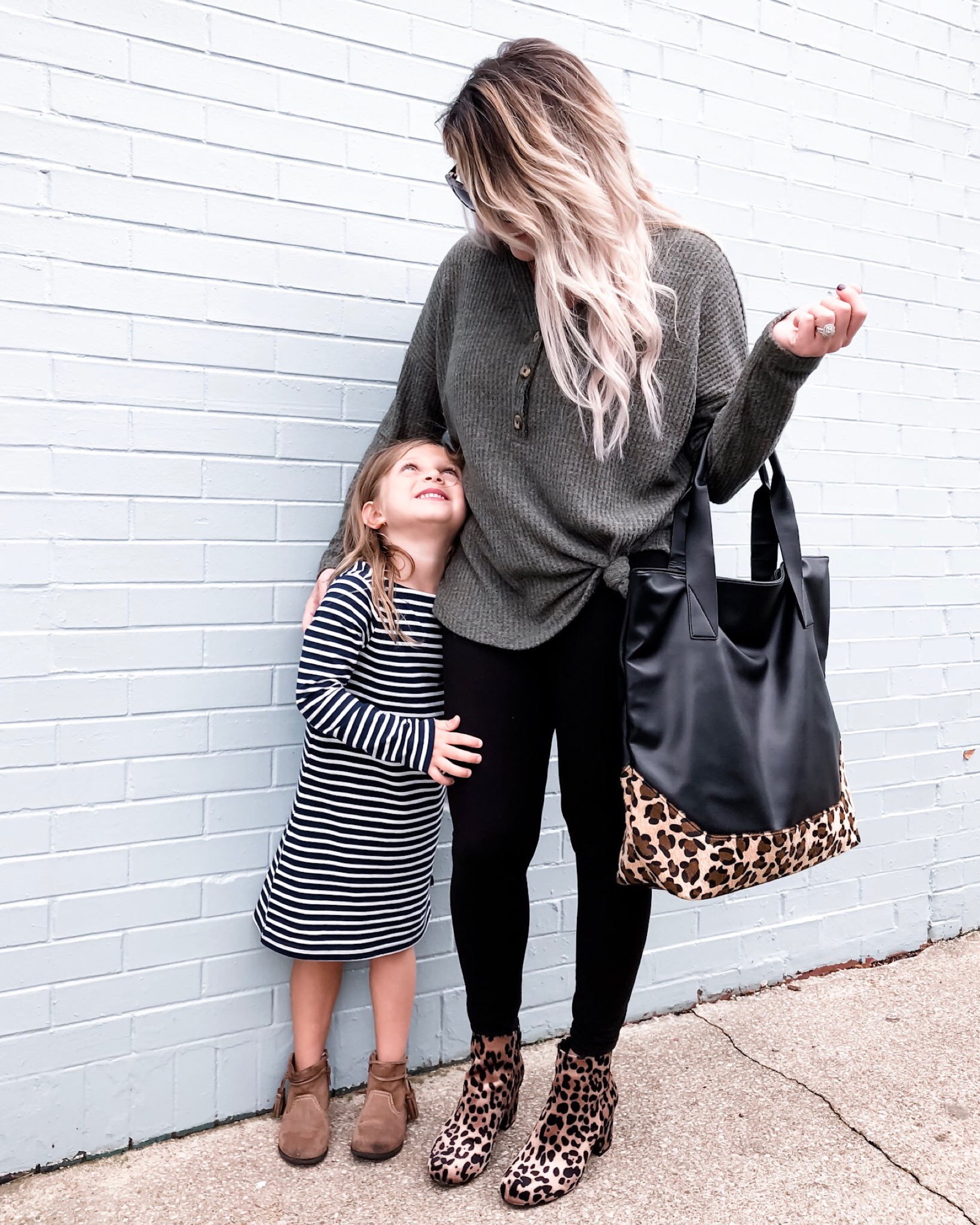 Oh hey babes! Remember me? I know, it’s been real quiet around these parts but for good reasons. I mean, we’ve only added another human to our pack and on top of that, I’m usually carting the kids to soccer, gymnastics, or school. So yeah, I’m usually losing my mind on a daily basis. But I can’t complain! Baby P has been a perfect baby and is actually sleeping anywhere from 5-7 hours a night. Better sleeper than her older sister, that’s for sure.

I had to take a postpartum glucose test this week and it may have been the worst I’ve ever felt after taking one. And I’ve taken that damn test NINE times now. Not to mention he gave me the drink for pregnant women, not the drink for postpartum testing. He caught it and gave me the other drink and told me only to drink a certain amount of it but then I was all worried it was going to skew my results.

I thought for sure I was going to vomit so I went upstairs to my OB office and asked if I could lay down. They said I looked super pale so they gave me a cool cloth on my head and let me just relax. I got my results back yesterday and I guess I’m borderline pre-diabetic and my cholesterol numbers were a little borderline too. So as of now, I just need to make good food choices and exercise. They’ll probably just monitor me and maybe spot check me here and there but they didn’t seem to think it was anything alarming so that’s comforting.

I’ve been super stressed about selling our home in Georgia. We’ve had SO many showings so that’s amazing, but I need it gone ASAP. Our tenants are moving out this weekend and I certainly don’t want to pay for two mortgages but unfortunately that will be the case for a few months. So say a little prayer we get it sold ASAP and off our hands!

Some other exciting things that happened this week; my blog got a facelift and I hired a new assistant! So I’m hoping that helps me be a little less spacey and crazy but who am I kidding, I don’t know that I’ll ever get it together. But maybe this will help a little 😉

We’ve got a super busy weekend with two birthday parties and two soccer games. I really want to head to a fall festival or something and maybe pretend it isn’t still 80 degrees here. But I think it is supposed to cool down this weekend and only be in the 70s that week so I’ll take it. I would really love some 50s and 60s but I know we’ll get there soon enough. Just keep the snow away from me.. not ready for another winter of that at all.

In other news, SNOOKI RETWEETED ME. No effing joke you guys. I almost peed my pants with excitement. Now if only she would just give me a call and we could be BFF, that would be great. Did you guys know my nickname after college was Snooki and my friends here still call me Snooks or Snooki? Good times… those were the days!

Well I’m going to take full advantage of the fact both kids are in school today and try and get as much done as I can. At least while Baby P is sleeping anyways. Have a great weekend babes! xo