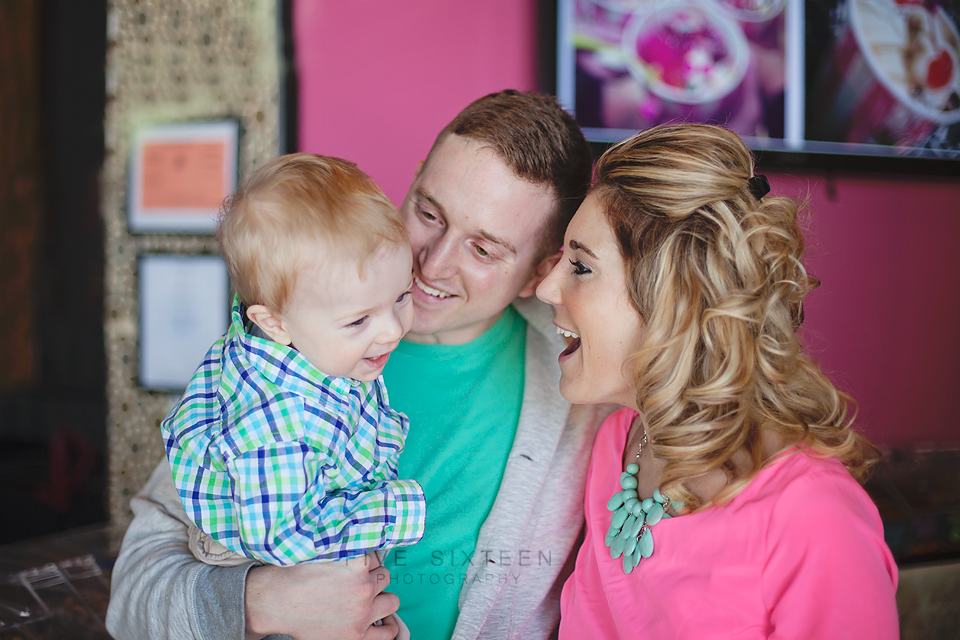 Do you ever stop to look at your life and think “How did I get so lucky?”

I do. All the time. And maybe because two of the most important things, rather people, were almost taken from me.

While Z was deployed, I worked at an after school program for 1st-4th graders. One day, upon walking into the classroom, my belly was simultaneously met by an eager 4th grader sprinting out of the room. She knocked the wind out of me, but I didn’t think anything else of it.

The next morning, I woke up to some bleeding but figured it wasn’t a big deal. I had had some spotting a few weeks prior and upon visiting the ER at that time, learned it was quite normal to have a little spotting here and there. I called the doctor anyways and she told me to come in and get checked out; better safe than sorry.

I had planned on meeting a friend for lunch that day and texted her and told her I’d be there a little late, that I was running to the hospital real quickly. Never in my wildest dreams did I think that this “quick visit” I was expecting would turn into five days of tears, fear, and uncertainty.

They hooked me up to the machine and monitored Bubba (who we called Bean at the time) to make sure everything was okay with him. He was perfectly fine but after getting checked by the doctor, we’d come to find I was 1.5 cm dilated and 50% effaced. The blood, sign I was possibly going into labor. I was only 26 weeks, how was this possible? Was the baby coming now?

I was given two steroid shots to help prepare Bubba’s lungs in the off chance he was born that day and an IV with fluids to keep me from contracting. I called my mom who came to meet me, and although it was more comforting with her there, she wasn’t my husband.

I started panicking. He was in Afghanistan with no way for me to get in touch with him. I got on Facebook and luckily one of his friends was on Facebook chat. I told him to have Z call me immediately, that it was an emergency and before I knew it, Z was the one chatting me on Facebook.

I tried to explain what was going on but couldn’t get it out in words. He told me he was headed to tower guard and would call me as soon as he was off. Because he was so worried, he had his friend call me and of course, I just lost it. I had to tell a complete stranger what was wrong when all I wanted to do was hear Z’s voice and for him to tell me it would be okay.

I was admitted into the hospital until further notice. In case this baby was coming early, 14 weeks early, they wanted me there and under their watch. After Z finally called me, we just sat and cried and prayed to begged God to take care of this baby.

He didn’t call when he said he would. I didn’t think anything of it, something was always coming up over there and “blackouts” were always happening. (A blackout occurs when there is an injury or death and until the family members are notified, the internet and phones are shutdown. These sometimes lasted for WEEKS but that’s a story for another day and time).

When he finally called me, he told me the tents had blown over and they were busy cleaning them up all day. What I didn’t know, and wouldn’t know for a few days later, was that he had been in an explosion, an attack. He had “fibbed” not to worry me anymore than I needed to be, and because more stress could have caused me to go into labor.

He almost died that day. Not many people know that and I try not to think of it often. He was 6 feet away from the “attack” and managed to survive with only minor injuries. I write this with tears in my eyes as I try and imagine life without him, and I absolutely can’t. 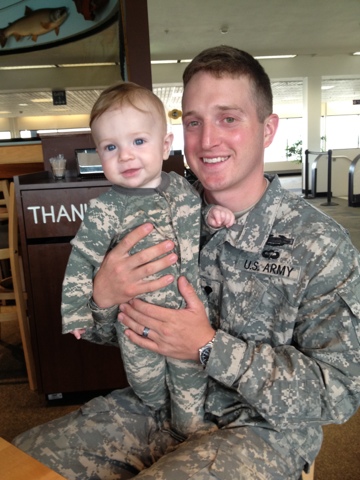 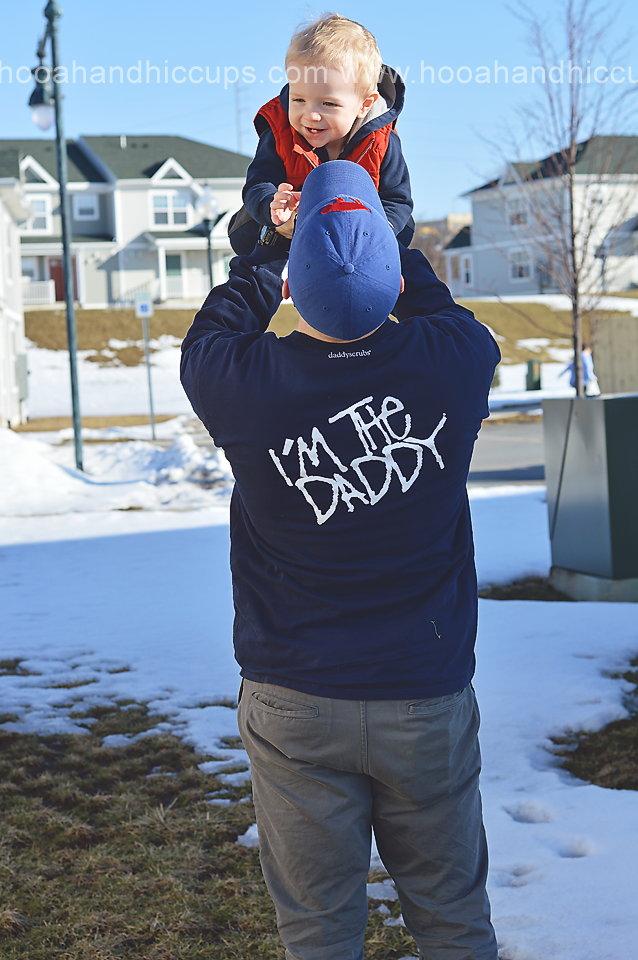 After a five day stay in the hospital, I was released with strict instructions. I was to remain on bed rest until further notice (which would end up being 6 weeks), have non-stress tests performed twice a week, and be given monthly ultrasounds.

We were tested that day, that week, that pregnancy, and that deployment, in ways I can’t even begin to describe. But we had faith. We knew there was a reason for it all and knew that one day soon, our family would be together. We’d be whole. All 3 of us.

It’s times like these, the most trying times in our lives that we must dig down and find the strength to carry on. It’s hard not to be angry and to question God and ask him why. But things like this happen to remind us that he is in control.

Z’s been home a year now and I sometimes forget all of these things happened. I get so caught up and stressed out, annoyed and frustrated, angry and mad some days, and forget that the little things don’t matter. I was given this gift, this time with my boys because I prayed and trusted in a power higher than myself. 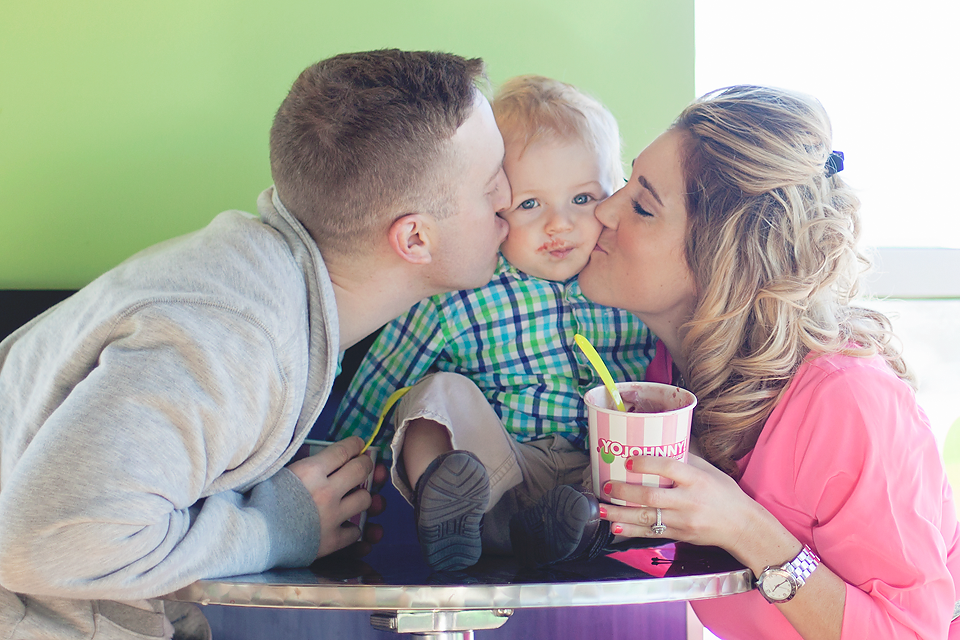 Days like this, when we’re sitting around and I’m watching my boys play and laugh and wrestle, I think back to those dark days and remember how truly special this time is.

Treat yourself to a new COACH bag! {Giveaway} »