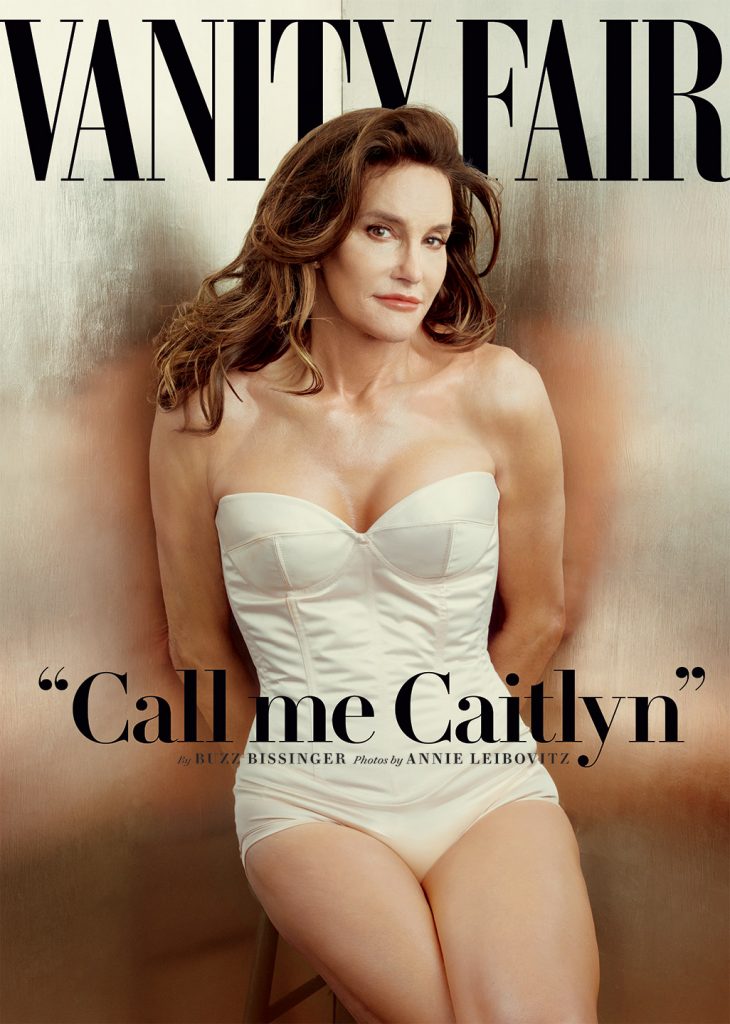 I never thought this would be as touchy of a subject as it is until I started seeing the negative comments around the internet. Because for the most part, everyone I have talked to and everything I’ve seen in regards to “The Interview” and “The Transition” have been positive.

But I read a blog post yesterday that just got under my skin. I wanted so badly to comment on it but I decided not to. Because the feelings I was feeling in that moment weren’t very nice ones. And I knew that the words to come out of my mouth wouldn’t be very nice ones either.

Everyone is entitled to their own opinion. That’s one of the beautiful things about living in the US of A. Freedom of speech, freedom of religion, etc. We all don’t need to agree and shouldn’t agree. That’s fine and that’s reality, not everyone is going to have the same opinion on things.

But if there’s one thing I can’t stand, it’s ignorance. The blog post I read was just down right ignorant. Now maybe it’s because of my age and experience or maybe I was just raised a different way, but I was offended by reading it and it wasn’t even about me! It doesn’t concern me and at the end of the day, it doesn’t really matter. But the lack of acceptance and the judgment made me sick to my stomach. Whether or not you believe in a man transitioning to a woman, that’s your opinion. But being ignorant about it and without knowing and understanding the facts behind it… well that’s just not okay.

A lot of people are turning this into a religious issue. But if you watched The Interview, you know that Caitlyn is very religious. That she believes this is what God has intended her to do with her life. That it’s something bigger than her own happiness. This wasn’t a decision she made overnight, but rather a battle she’s been fighting her entire life. And call me crazy, but aren’t Christians supposed to be accepting and loving? The entire post I’m referring to was using religion as a reason to bash, hate, and judge someone. And quite honestly just made this writer look like a mean girl.

The writer also said that people have a choice in choosing to be transgender or gay. First of all, these two shouldn’t be grouped together because as Caitlyn taught us, sexual identity and sexual desire are two different things. And had this person watched The Interview, they would have known that. But I’m not sure why anyone would “choose” to be transgender or gay when these individuals are fighting so hard to be accepted by society. When there are so many suicides related to these issues, why would anyone “choose” to fight for their life?

Not everyone may see Caitlyn Jenner as a hero. But she’s someone’s hero. She’s paved the way for many transgender individuals who may have felt like they couldn’t be themselves. You and I may not understand the feeling of identifying with a different gender than we were given by God, but people do. It’s real. It’s not something that people around the world are making up for attention or publicity. And yes, there are veterans who are heroes, atheletes who are heroes, and now Caitlyn. There is plenty of room for more heroes in our world. So just because she’s receiving an award from ESPN and someone else isn’t, doesn’t mean she’s not deserving in her own way.

I’ve been wrong before. I’ve judged people and I’ve made mistakes. I’ve done things I’m not proud of and I’ve reevaluated myself as a person numerous times. Who I am now isn’t the person I was 10 years ago, but in a good way. I’m more mature. I’m more cultured. I’m more experienced. I’ve immersed myself in diversity. I’ve been open to learning about different religions, sexual preferences, and sexual identification. Had you asked me 10 years ago my thoughts on a transgender person, my answer may have been different than it is now. I think I still would have accepted it, but knowing what I know about the world now, it hit a nerve with me more so than it would have 10 years ago.

I’m not judging the person who wrote the hate filled post or their opinion, but rather stating mine. I’m also not judging anyone that doesn’t agree with what Caitlyn has done or what the transgender community is trying to do. We are all entitled to share our beliefs and opinions on situations, but maybe if the world was a little more accepting of people different than them, it would be a better place.

How to rock a t-shirt 4 different ways »