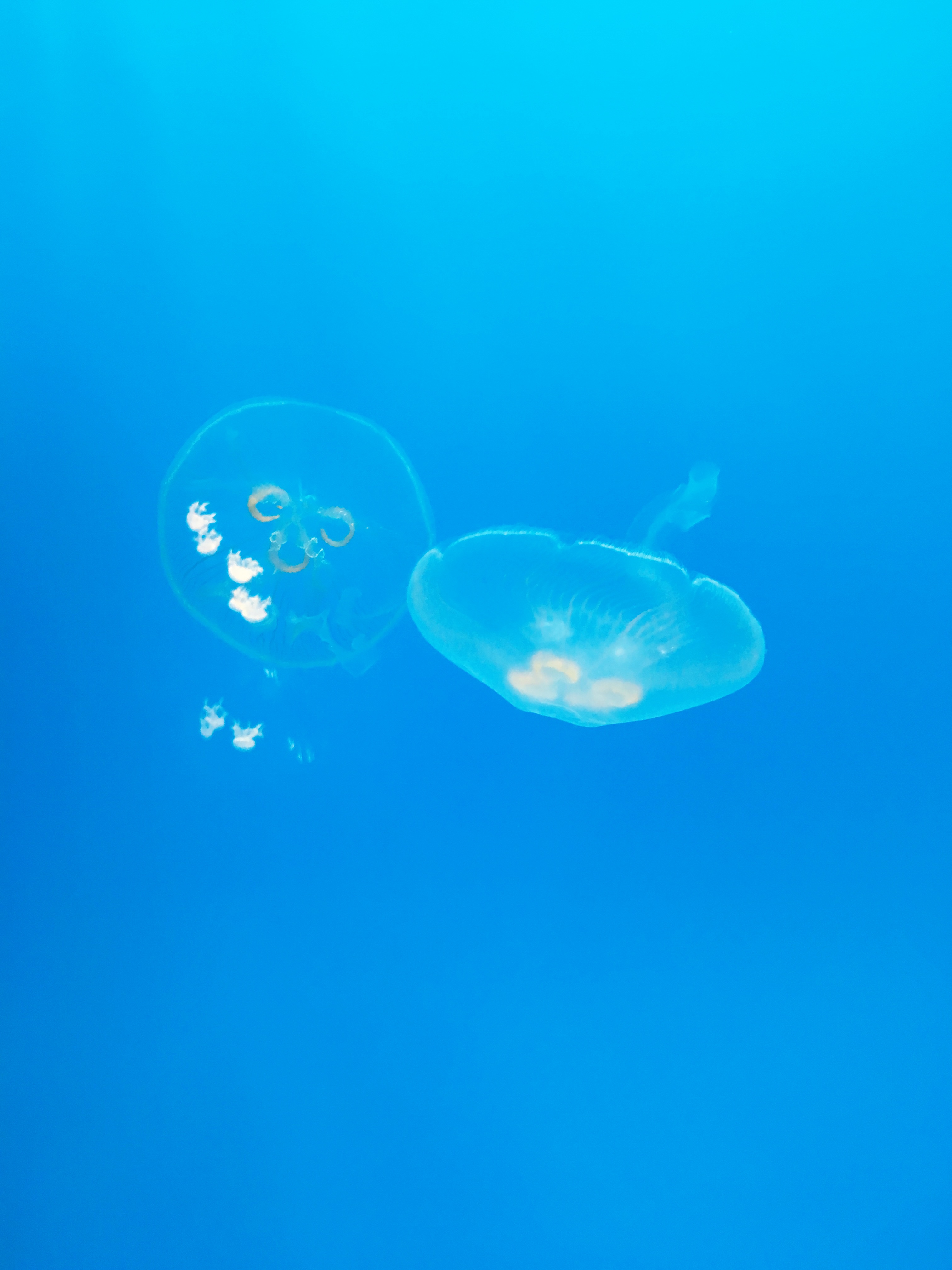 When we moved to D.C. a few months ago, I couldn’t wait to have visitors so we could explore the city. It’s always so much fun to have people stay with you in the first place but when there’s a super fun (and new) city in your backyard, it’s the best! Some of my college roommates were in town last weekend and we had so much fun exploring the city! Since we have some more friends coming next weekend this is part one:

Here were some of the places we visited:

On Thursday we headed to the Zoo, which in case you ever come to D.C. you need to go…because it’s free! We actually bought a membership so that we get free parking but totally not necessary. I love zoos but at the same time, they make me sad because I feel bad for the animals. But I overheard one of the zookeeper say that most of them were born in captivity so that made me feel a little better. But then my mind starts to wander and I’m like, are they force breeding them? I don’t know, let’s just pretend I didn’t let my anxiety think crazy thoughts and enjoyed how much fun my kids were having, hmm k? 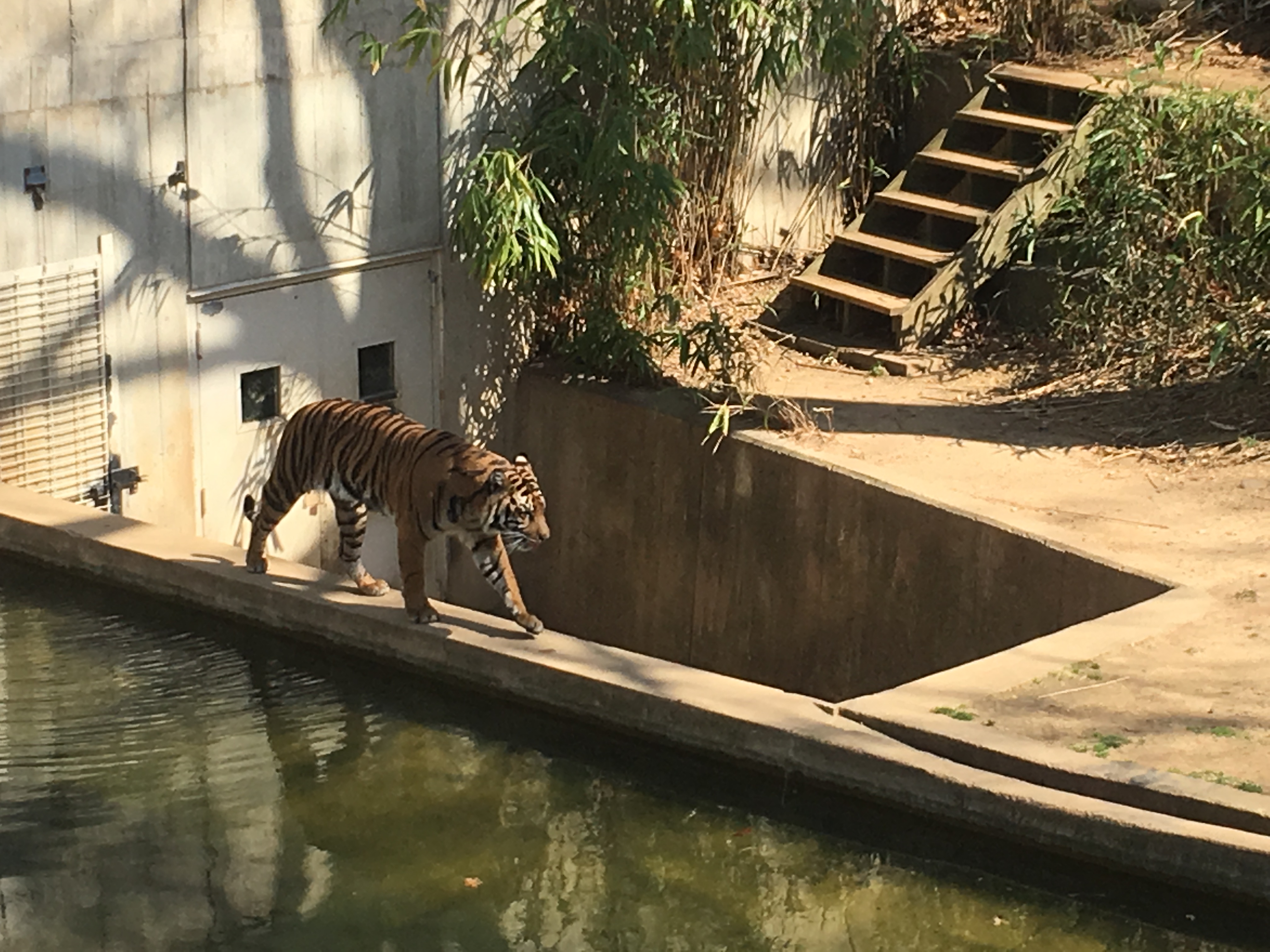 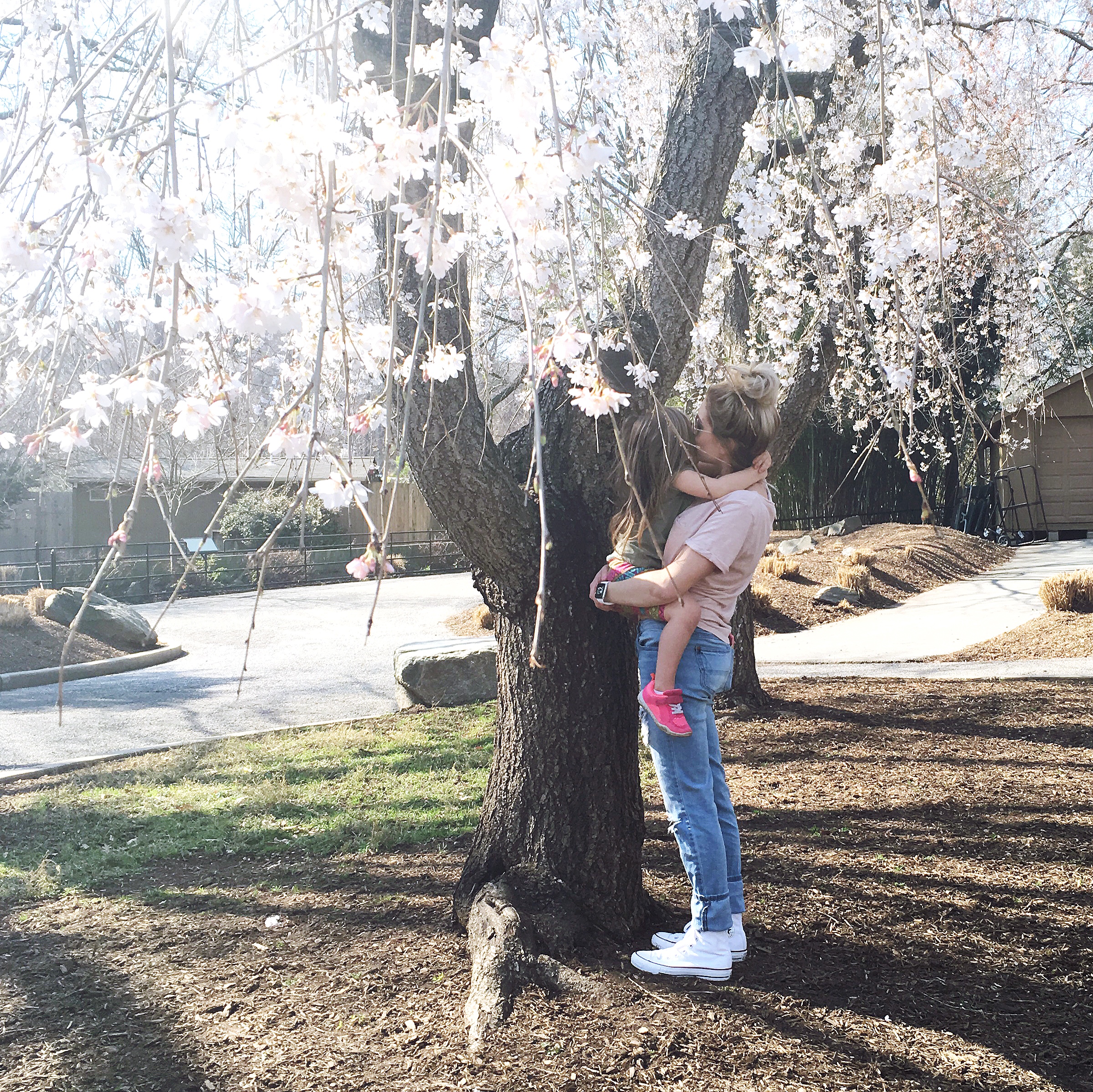 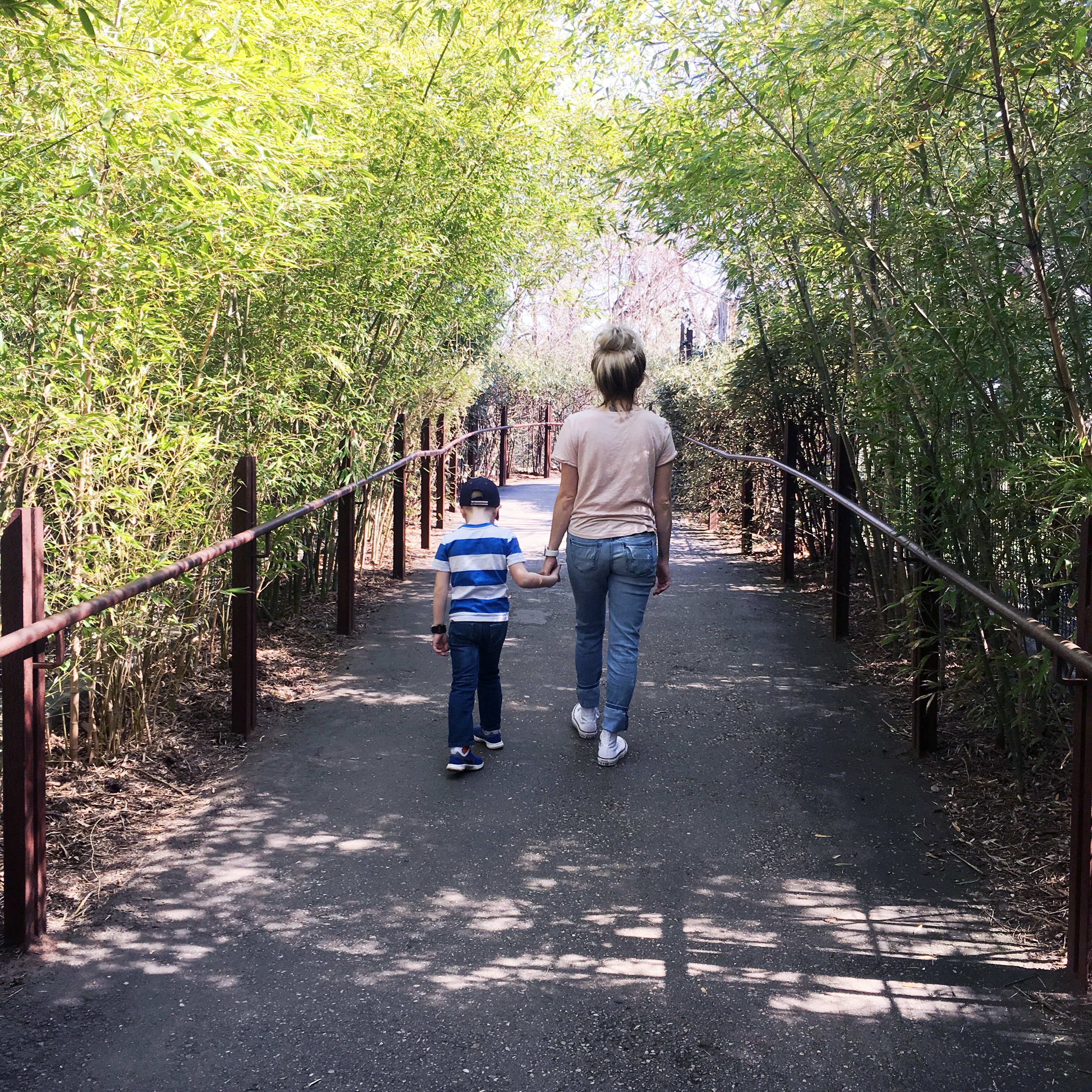 We made a quick stop downtown before going home to see if any of the Cherry Blossoms were blooming yet but they weren’t. If you don’t know why that would be a big idea, read more about the D.C. Cherry Blossom Festival here. But anyways, no dice. So I am hoping I will see some this week when my next round of visitors gets here.

Thursday night we tried out a hip-hop dance class at Nickelz Production. My friend had found it on Google and since we used to dance together in college, we thought it would be fun to re-live the good old days! Let’s just say I was SUPER out of “dance shape” and won’t be sharing the video. Like, I wasn’t terrible… just not as good as I used to be. Whomp whomp. But it was a lot of fun and that’s all that matters, right? 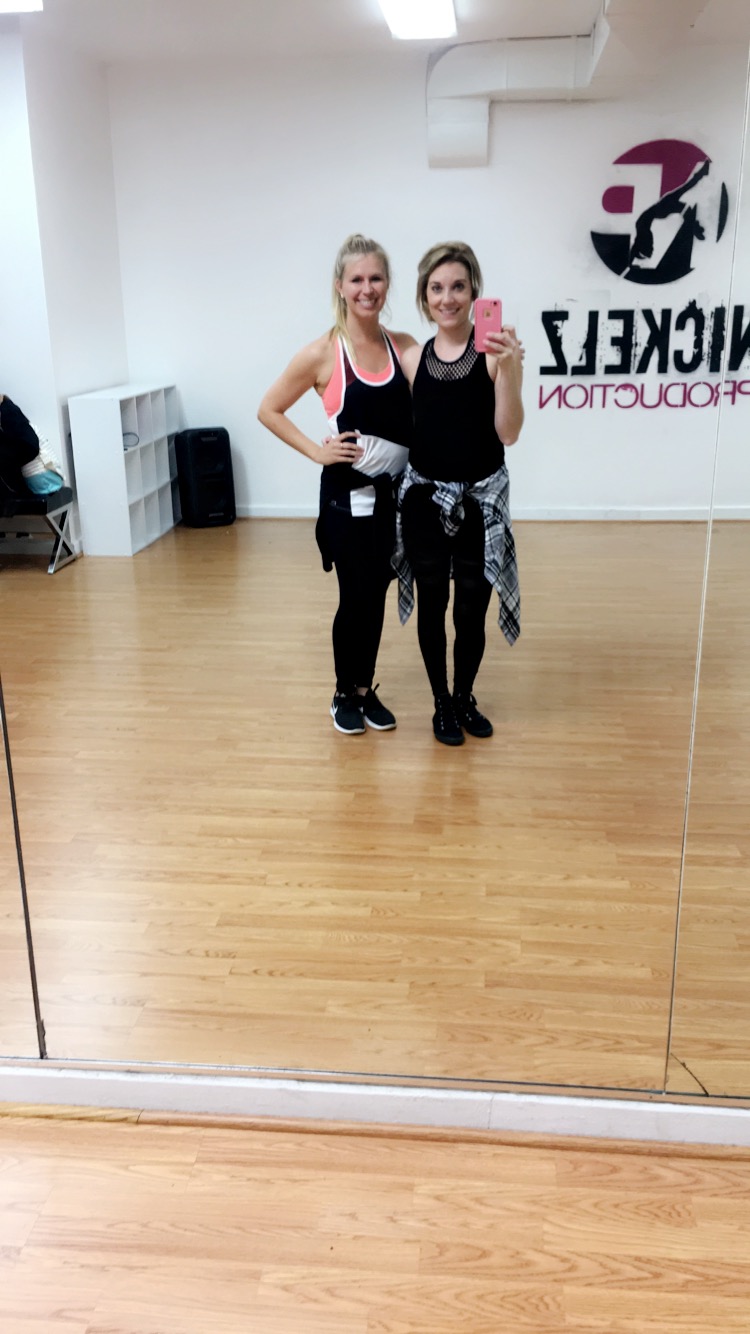 Friday morning we woke up and did a mask because why not? And somebody insisting on joining us. She’s a ham that one… After our morning beauty routine, my friend and I headed to lunch in Old Town to meet two of our other friends for lunch. We ate at Vola’s Dockside Restaurant and although it was good, I think it would be a lot more fun in the summer. But if you ever get the chance, go to Old Town Alexandria because it is SO cute. Shops, restaurants, bars, and more. A+++++ 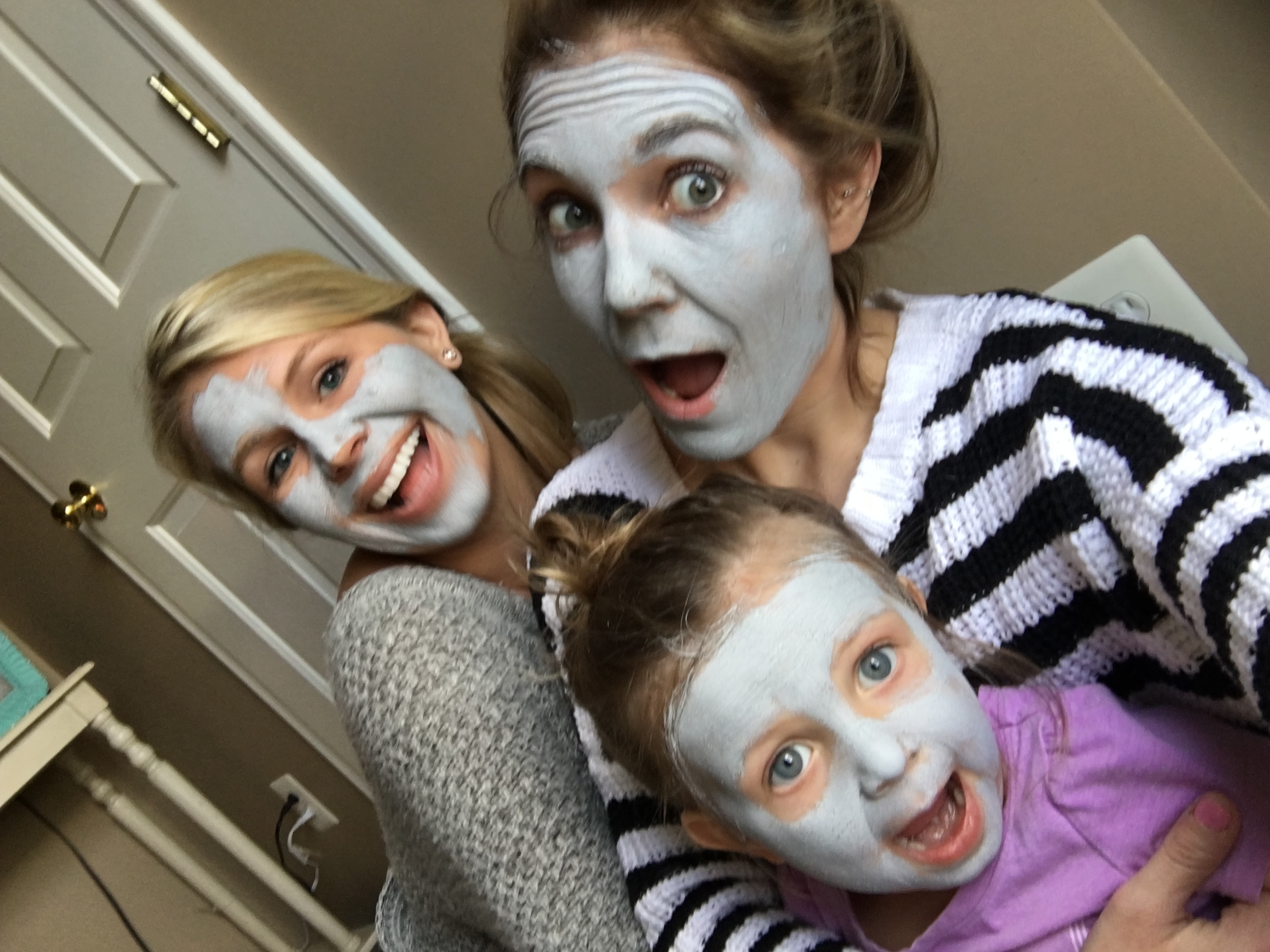 After lunch we went home to relax for a few hours and then get ready to go out to dinner. My friend made reservations at Farmers Fishers Bakers so we hopped in an uber and headed to Georgetown. Their menu is SO intense (in a good way) but I settled on a salad, some chips and guac and for dessert, some fried dough stuff. Which was UNREAL. I also tried a banana daiquiri and a traditional margarita…both delish. Don’t ask me what the scale said on Monday because I don’t want to talk about it…

Georgetown is such a cute area, specifically where the restaurant was. There was an ice skating rink, bars, restaurants, twinkly lights, and it over looks the water. It’s probably super fun when it’s warm out!

After dinner we headed for a few drinks and seriously, I don’t think I’ve laughed that hard in months. It was so, so good to see all of my girls and even though it’s been 5 years since all of us were together, it felt like we’d never left. 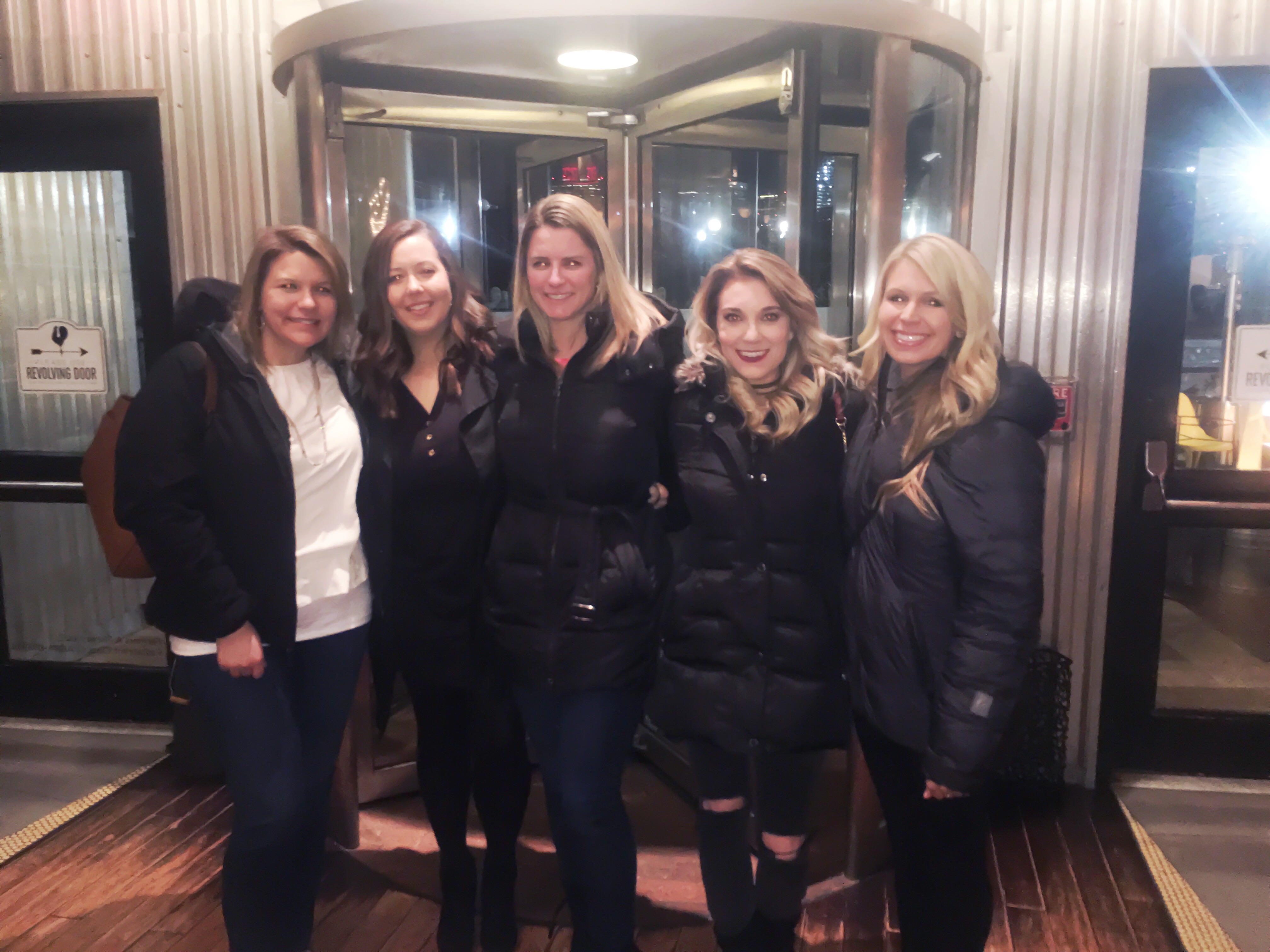 Saturday morning we headed to Great Falls Park to do some hiking. If you know me at all you’re probably thinking wtf Sam YOU went hiking?! But guys, I actually really enjoyed it. It wasn’t super intense and was more like a nature walk with a few challenging climbing parts. But it was so peaceful and calm. Not to mention beautiful. And it was just so good to catch up in a quiet and focused setting. No phones, just each other 🙂 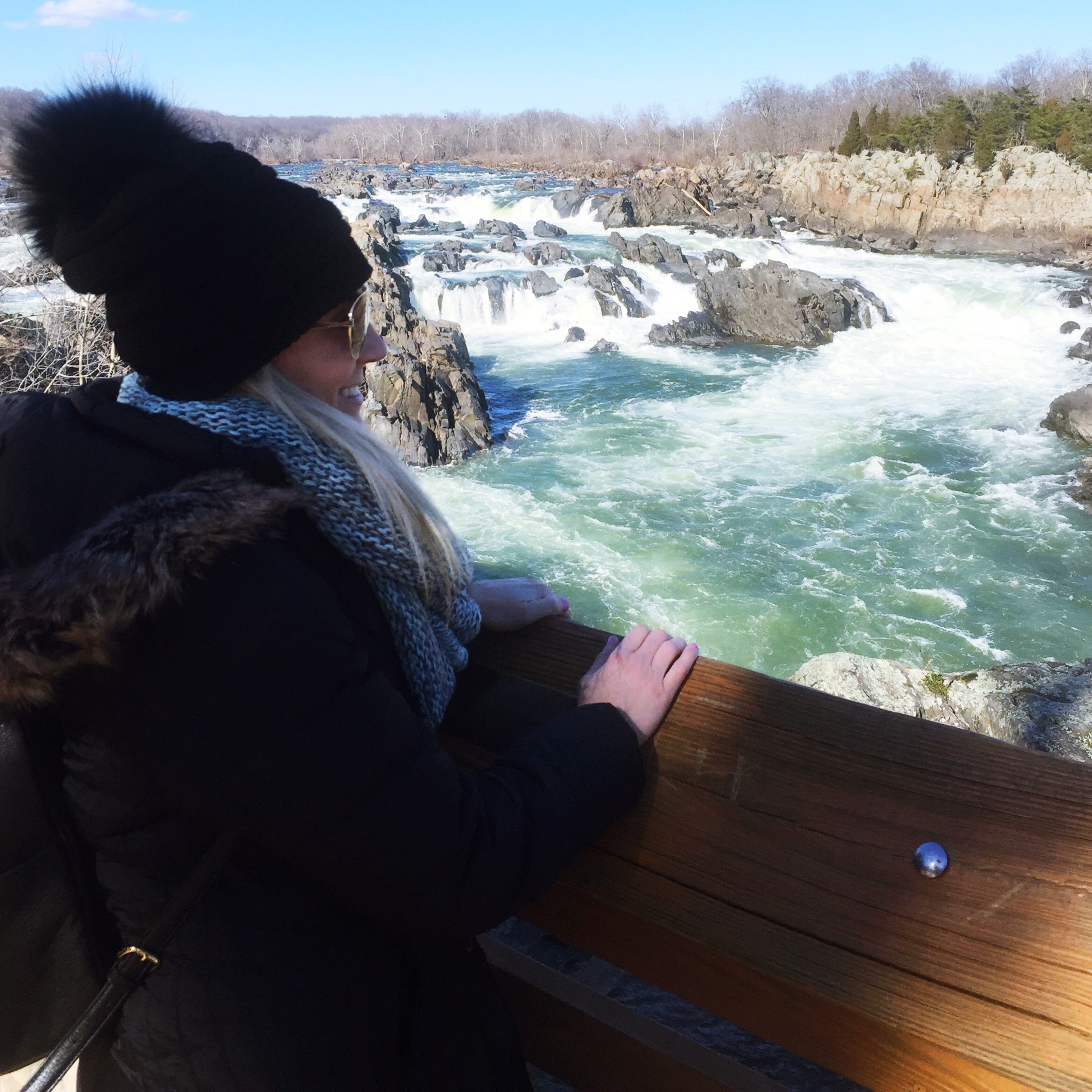 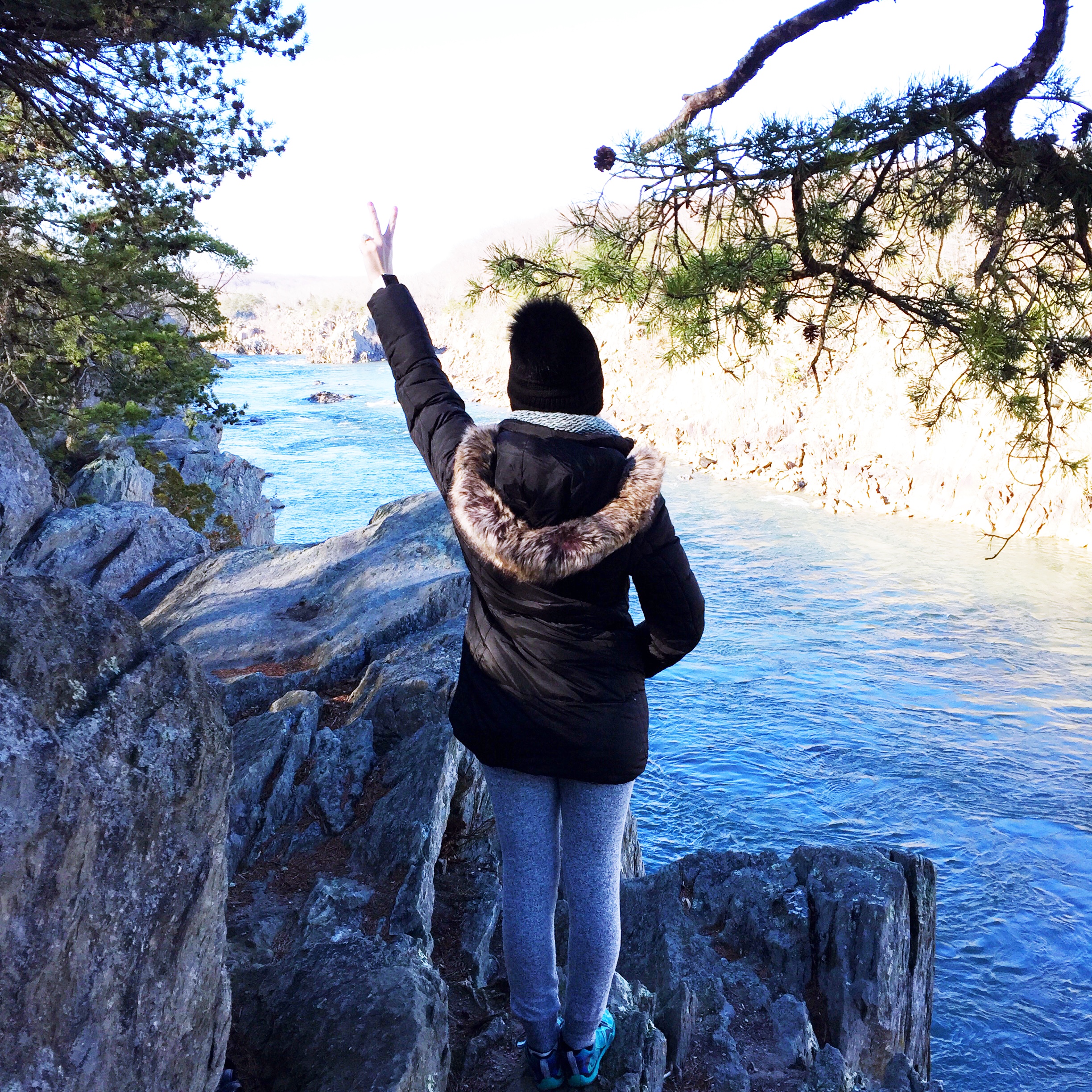 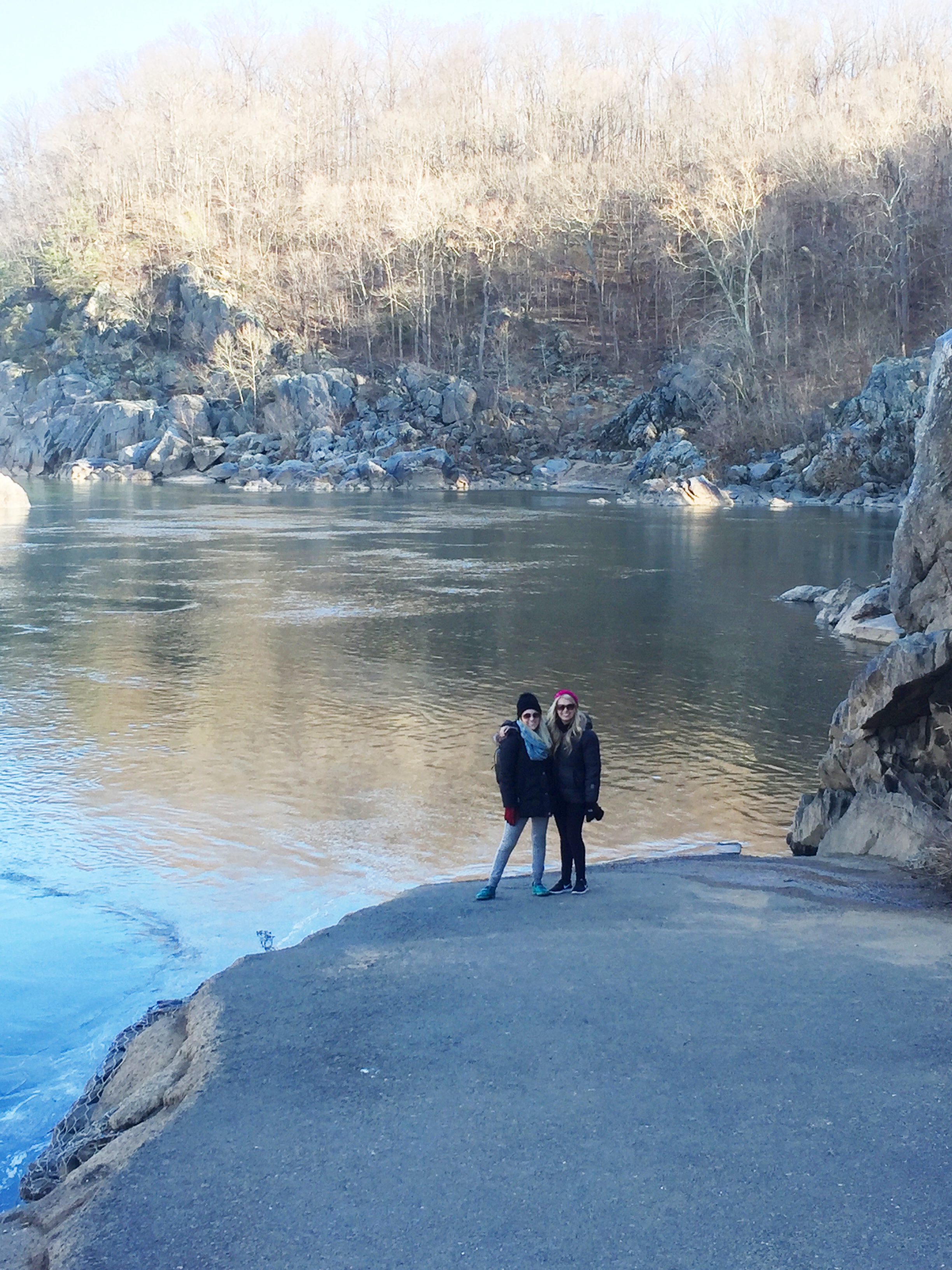 My friend was flying out of the airport in Baltimore so we decided to make a day of it! The National Aquarium in Baltimore is only an hour from D.C. and it’s freaking sweet. So much to see and we definitely didn’t have enough time to explore all of it! But we saw dolphins, sharks, and our favorite part, Nemo! You know how I feel about zoos so aquariums give me the same kind of vibe but I tried to enjoy it and the kids had a blast. We had a little bit of fun too… 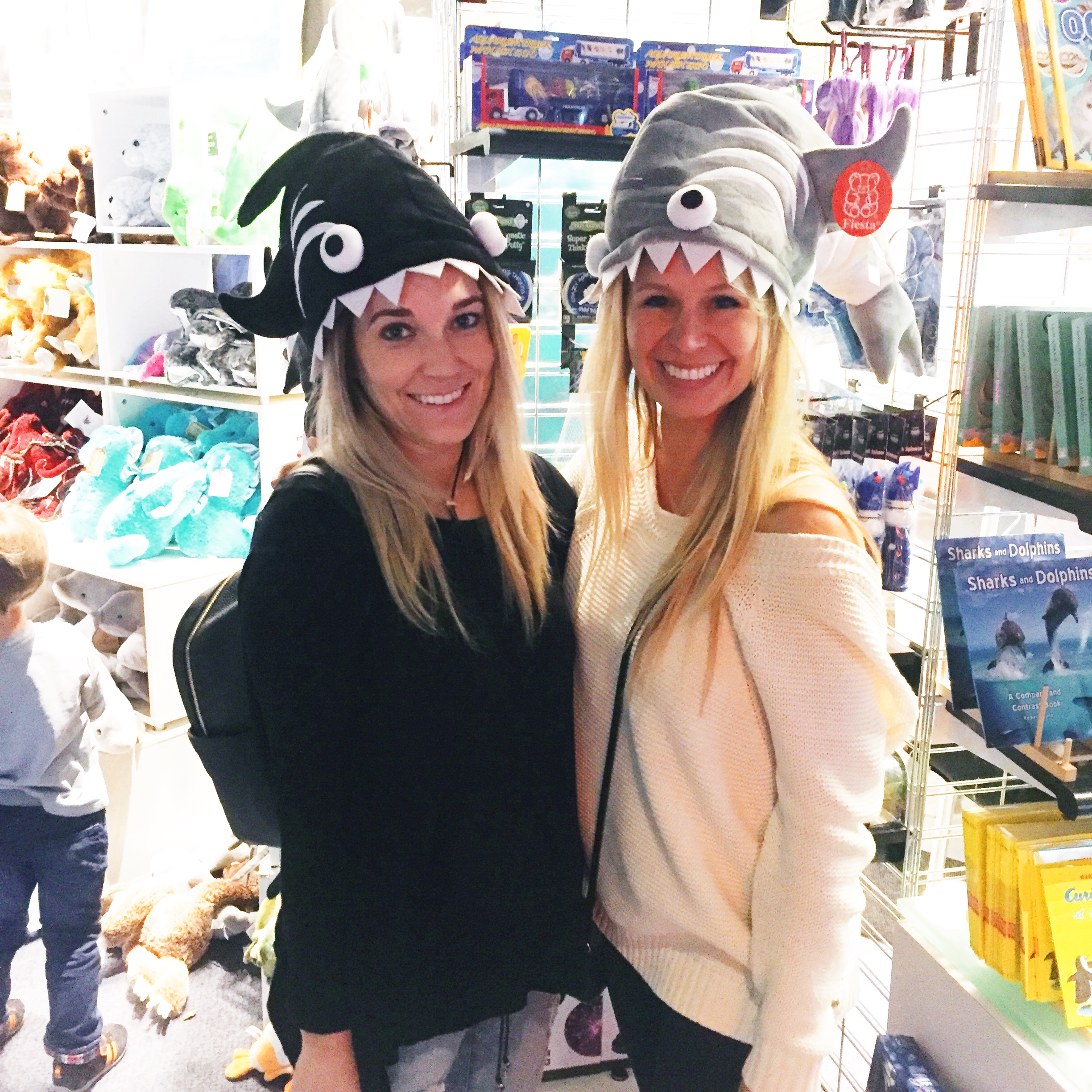 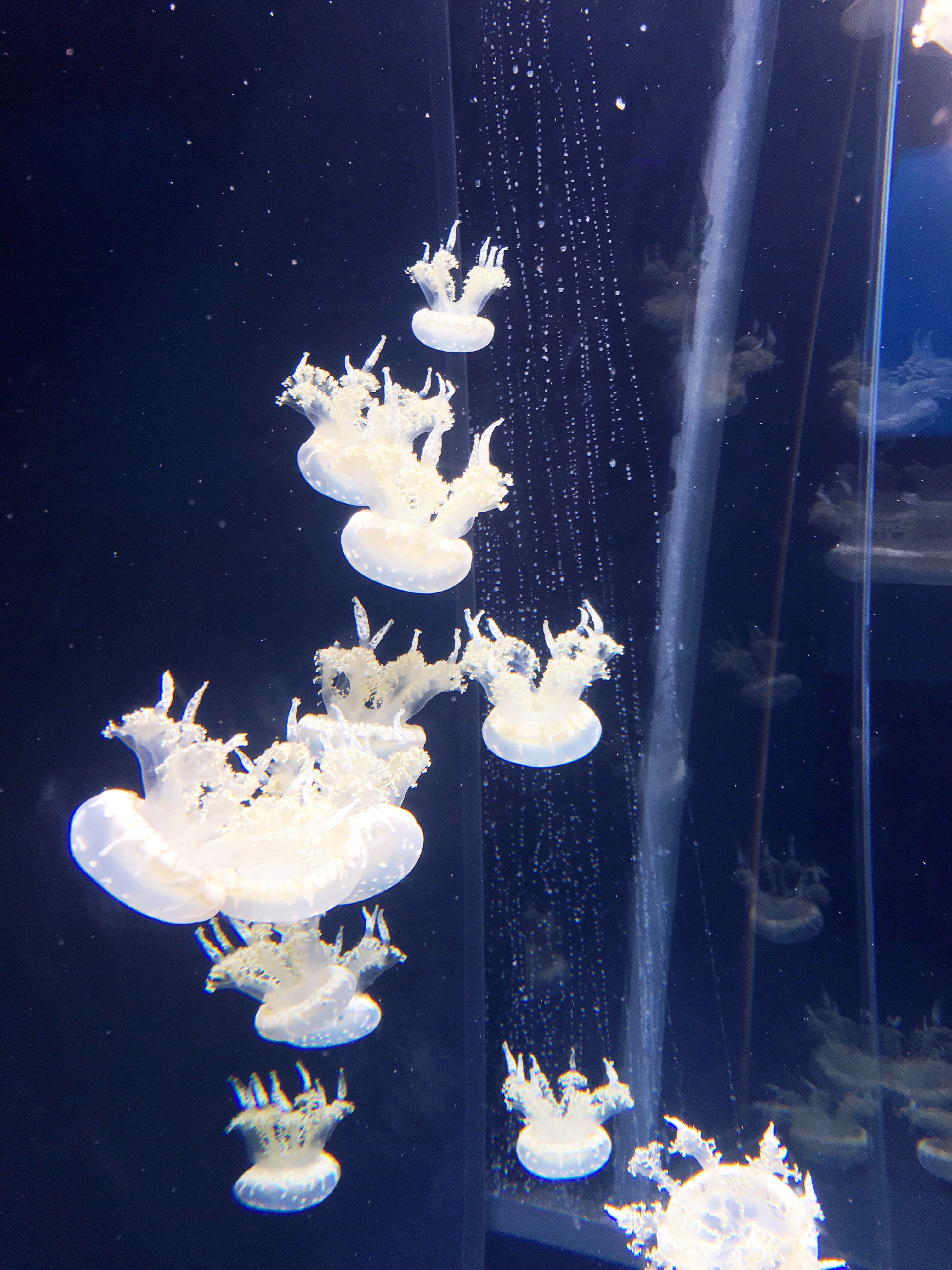 There are so many other places we want to explore before we leave the area and it just so happens we have more visitors coming Friday! So I’ll be sure to share some more fun places in the next coming weeks!

What are some of your favorite activities to do when you have visitors in town? Do you explore or lay low? 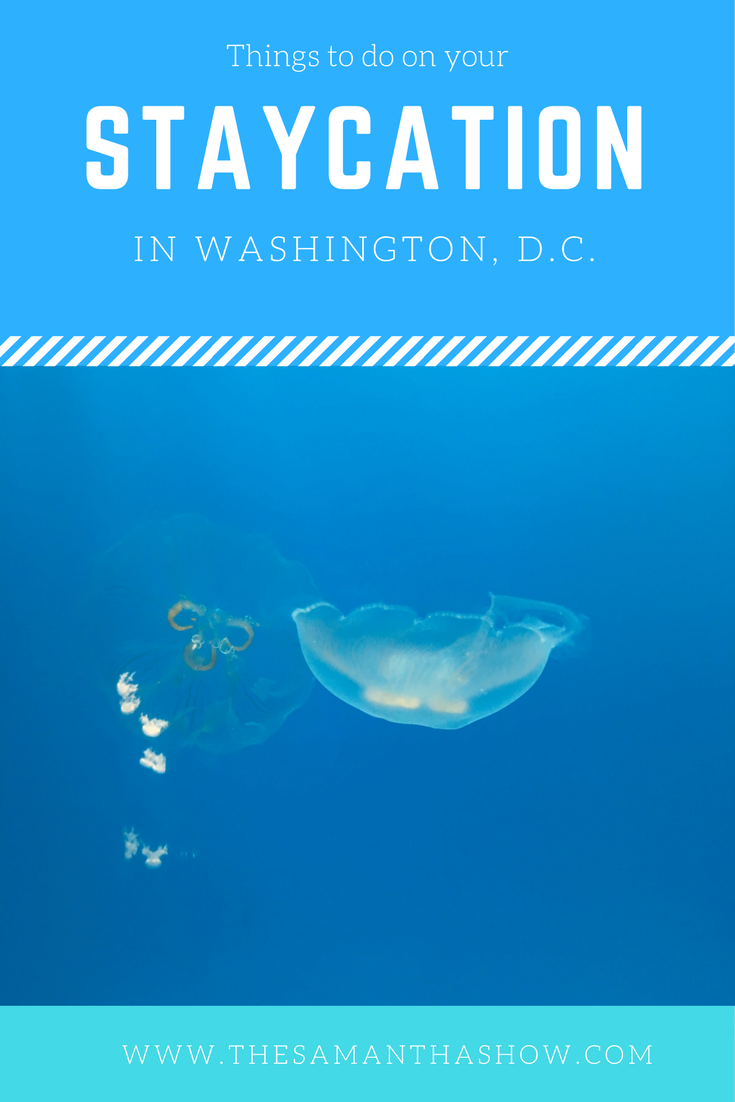 5 Love Languages: The Secret to Love That Lasts » 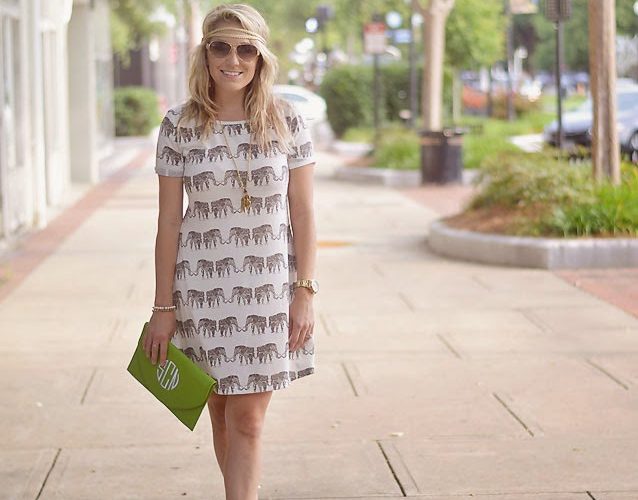 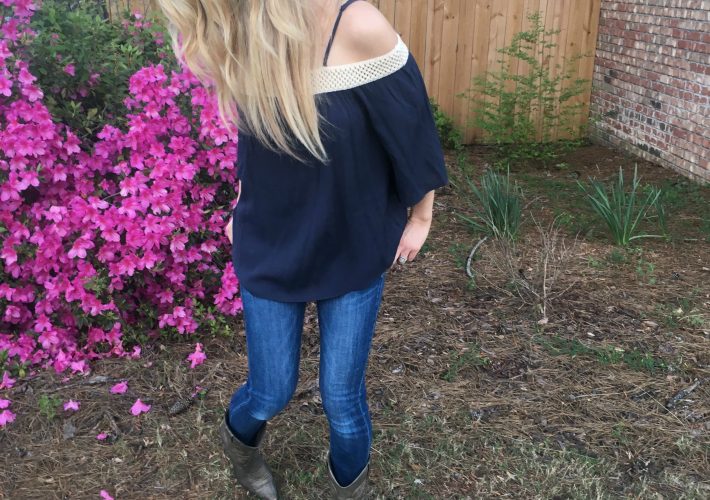