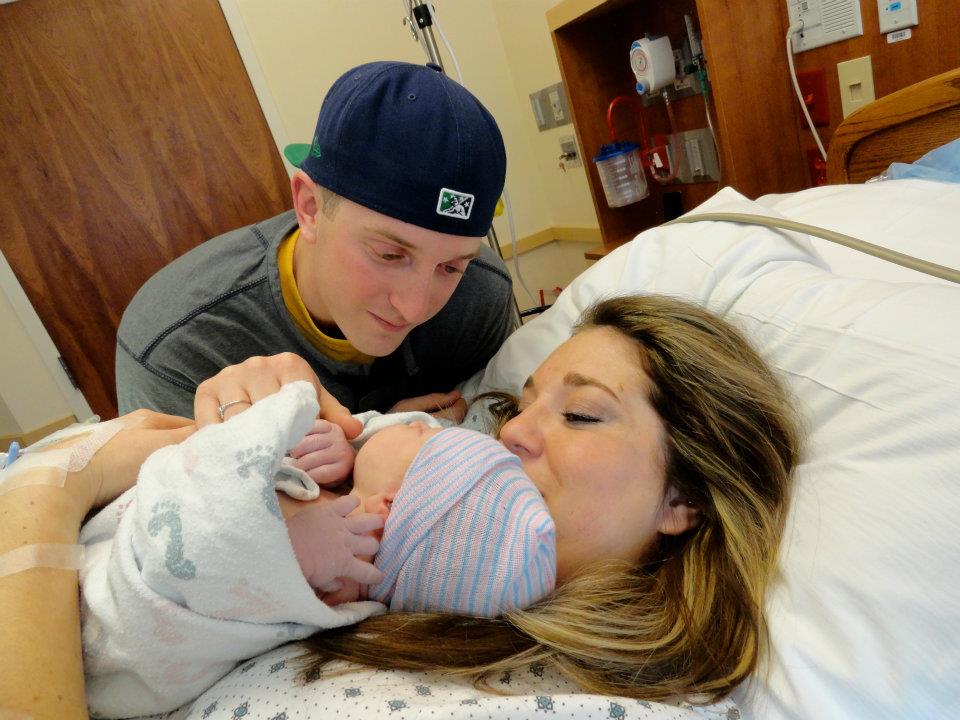 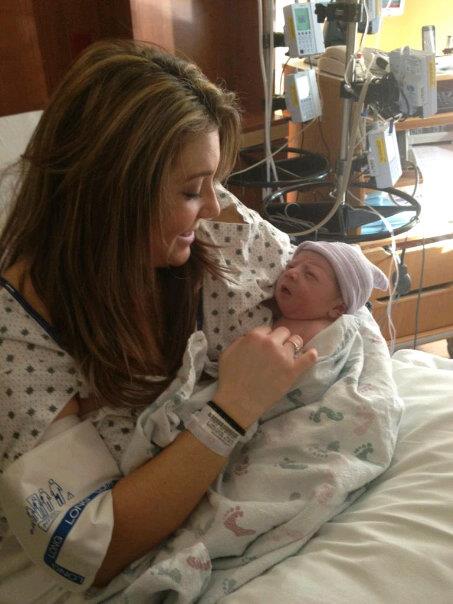 Most people worry about where they will be when they go into labor, but for me, I was most worried about who would be there.

Z deployed when I was 8 weeks pregnant and didn’t come home for two weeks of R&R until I was 38 weeks. My pregnancy sucked; no sugar coating it here. I had bleeding, I had two hospitalizations, I had bed rest, and I had gestational diabetes. ALL while my husband was defending our country and laying his life on the line daily. Not fun.

Because of my diabetes and the fact that Z would only be home for two weeks before returning to Afghanistan, my doctor agreed to induce me at 39 weeks and 1 day. The baby had appeared perfectly healthy and ready to make his appearance into the world. We scheduled my induction and anxiously awaited Bubba’s arrival!

I arrived at the hospital at 6 a.m. to fill out paperwork and start my IV. Apparently I was told two different times, and could have slept 2 more hours, pshh like that would have happened anyways! I was so excited to meet him!

The anesthesiologist came in to brief me on the epidural process. I had already decided before arriving at the hospital that it was something I wanted to do. It’s not for everyone, but I wanted to enjoy the labor experience and not be absolutely miserable in pain. I entered the hospital at 4 cm, so I could have gotten it at any time. The nurses told me it wasn’t their goal to make me suffer, and to let them know whenever I wanted the epidural.

After 4 hours of just laying there, at 5 cm, I felt a contraction and it rocked my whole body. “Get the nurse babe, I want the epidural.” He quickly went to the nurse’s station, and came back with the reply “She’ll be right here.”

Another contraction, “Oh. My. God. Babe get the nurse NOW! It hurts!” I can’t describe what it feels like, but I can tell you it’s NOT pleasant. It feels sharp and it feels like your body is going to explode. Sorry, it’s the truth and I’m going to give it to you…

Anyways, Z ran back to the nurse’s station and they told me they would be right there. This wasn’t good enough.

Another contraction “GET THE EFFING NURSE!” And with that, she came running in. This baby was coming NOW.

They came into the labor room with a wheel chair and I asked to go to the bathroom first. I had heard the horror stories about peeing and pooping during birth and I wanted to avoid that. Well, I went to the bathroom and kept having contractions while I was trying to go. And there was blood, so much blood everywhere. Be prepared for that too; no one told me there would be a lot of blood.

They quickly wheeled me to the delivery room and prepared me for the epidural. It’s not as bad as you think. Don’t look up pictures of the needle, don’t allow your husband in the room (most places don’t anyways since it’s a sterile procedure) and don’t watch videos. Just get it if you want it.

They gave me an immediate dose because they could see how much pain I was in and then started the drip. They kept reminding me to take deep breaths, in and out, and within a few minutes, the pain was GONE! I couldn’t believe it. And I also couldn’t feel anything from the waist down. This was a very weird concept but hey, it was better than what I felt before.

My doctor came in, checked me, and told me I was making great progress! He said to relax and he would be back in a little to check me again. It was almost time! We had the TV on, were listening to my iPod, and had a few visitors come in and out. Heck at that point, I would have let the whole hospital into my room. Labor was almost fun after the epidural!

Once I hit 10 cm, he told me we were going to do a practice push and with one practice push, it was time for the real thing! I couldn’t feel my legs, so they had to literally tell me when I was having a contraction. They had me push for 5 seconds with every contraction, and wear an oxygen mask in between pushes. This really scared me but it was important that I was breathing to avoid passing out.

I had my mom and mother-in-law holding my legs, and my husband near my head and then, well he was down there. At first I told him he wasn’t allowed to look at anything down there but when in the moment, I changed my mind. They also had a mirror for me to look at so I could see what my pushing was doing. Let me tell you, it’s the CRAZIEST and coolest thing I’ve ever seen. We watched a baby, OUR baby, come into this world.

I also used pushing bars to help me push; holding onto my legs was too hard for me. This was a big help and was nice to have something sturdy to hold on to.

Well after only an hour and a half of active labor and 30 minutes of pushing, our baby boy had arrived! The neonatal team was present at his birth because of a dropped heartbeat towards the end. It was a precautionary measure and after a quick check-up, they determined he was just fine.

Because I had to have an episiotomy and we had decided to donate his cord blood, it would be twenty minutes or so before I got to hold him. This was the hardest thing in the world; all I wanted to do was snuggle my newborn baby boy. However once I was sewn up, he was checked out, the placenta had passed, and the blood had been donated, it was time for me to finally hold my little angel.

It was the most amazing experience of my life. I don’t know what I would have done had Z not made it home in time. He was so encouraging and really made me feel comfortable throughout the entire process.

A few things I learned:

Bring music! It distracts you and makes for nice background noise when you’re laying there in silence.

Prepare for a mess. Nobody warned me about that part; just know it will happen, whether or not you see it.

If you get the epidural, be prepared to not feel your legs for hours after delivery. They made me walk to the bathroom after delivering and I couldn’t feel a thing. My husband had to help me and let me just say, this was the most awkward thing ever. No one looks good naked after delivering a baby, and there was a just a mess everywhere. No shame, it’s natural.

The epidural also made my face extremely itchy. I kept stopping to scratch my face in between pushes and it was driving me crazy! Just a heads up, it’s annoying, but not that bad in the big scheme of things.

Because of the epidural, I couldn’t go to the bathroom, nor did I feel like I even had to go. They had to attach an external catheter to extract the urine and the whole “I don’t have to go to the bathroom” thing was clearly false, because I filled two bags. It doesn’t hurt, but it just looks extremely funny!

Breastfeeding isn’t easy, but it’s worth it. Make sure you ask for help and you take advantage of the lactation consultant while in the hospital. After delivery, you won’t even care about whipping out your tatas or having some random lady touch them. Take their advice, use your resources, and remember that practice makes perfect!

As far as a birth plan goes, I would just decide on medication, cord blood donation, and breast or bottle feeding. Even if you have a plan on whether or not to get an epidural, it could always change, however let your doctor know what you’re thinking about doing.

And lastly, my advice to everyone would be to try breastfeeding before you make a decision. It’s not as bad as some people make it seem and it’s such a beautiful thing. Even if you only do it for a few weeks/months, it’s better than nothing. It’s the best thing you can do for you and your baby and I encourage everyone to keep an open mind!

I’m sure there are a ton of things I’m forgetting but for the most part, that’s it! The more educated you are prior to delivery, the more relaxed you will be during and after. It’s not as bad as I thought it was going to be but it’s all a blur anyways after that baby comes out. Enjoy the experience, it’s one of a kind! 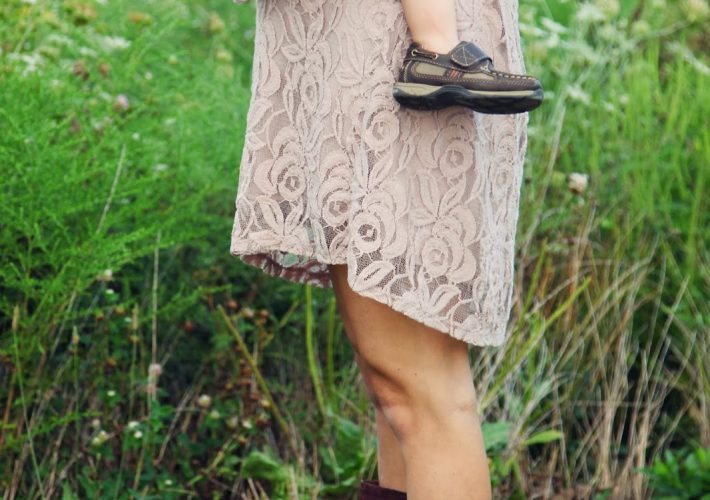