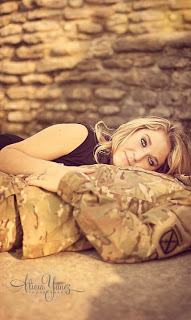 People often ask me if Bubba was planned. And most of the time, I’m quick to respond “no”. But in all actuality, it wasn’t exactly unplanned either.

When we found out Z was deploying, we had to face reality. He would be gone for an indefinite amount of time, he would be fighting a very dangerous war, and it was an all too real possibility he may be severely injured or killed in the name of our freedom.

It still brings me to tears thinking about it but that’s part of life as an Army wife.

So when we had the discussion on children, we decided that we weren’t going to try but we weren’t necessarily going to prevent. We would never forgive ourselves if something happened and we never got the chance to try to have a baby. If God saw a reason for us to start a family before Z deployed, that’d be God’s will.

Well after two weeks of leaving it up to the Big Guy, I freaked out and decided I wasn’t ready quite yet. But for some reason unknown to us as that time, it was too late. I was pregnant! 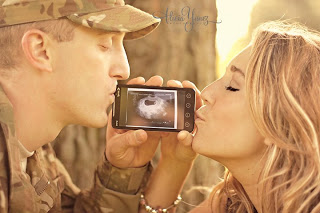 Now most people thought we were crazy, the rumor mills started churning, and our families were even a little shocked. We had only been married a month (yes we were married before I got pregnant, another rumor that would surface) but no one understood the life changing event we were preparing for.

In our situation, God had given us a reason for Z to come home. He needed to make it home safely for his child, for me, and for our new family that would be waiting for him.

I needed a distraction for the days and nights when I didn’t think I would make it another minute without my husband. I needed that flutter and eventually kick in my belly to help me persevere and stay positive in the chaos that is deployment.

We needed this baby just as much as he (as we would come to find) needed us. 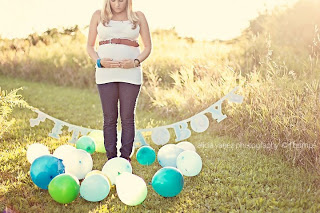 So was it planned? By God, yes. Was it hard to be pregnant without my husband and for him to miss the entire pregnancy? Harder than hell. But it was how it was supposed to be, for bigger reasons than we could even foresee.

Without going into detail, Z was in an accident while deployed. I had been admitted into the hospital for pre-term labor, and he had changed mission plans so that he could find out the results of my ultrasound.

He wasn’t supposed to be where he was when this accident happened, and I don’t know how I would ever have forgiven myself if something more serious had happened to him. He had been there because I was in the hospital and he was making sure I was ok. Even from 3,000 miles away, our unborn child and I were the most important things to him. 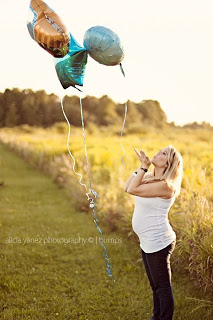 But God was watching over him, and that little baby boy in my belly was the reason Z was safe that day. Baby was fine, hubby only suffered minor injuries, and I can assure you hands down that was the scariest few days of my life.

But with faith and prayer, everything worked out, and the only thing I can attest to is that God had developed this whole little plan prior to it happening. Me getting pregnant was for a reason.

There’s not a day that goes by that I’m not thankful for my husband or my Bubba; these two boys bring me more joy than I can express in words. As I write this post, tears swell behind my eyes knowing both of them could have been taken from me those few terrifying days last October.

There’s a reason for everything, and whether or not you see it at the time, it’s there. Count your blessings and enjoy this crazy ride…even with the bumps and hiccups along the way.

“If He brings you to it, He will see you through it.” 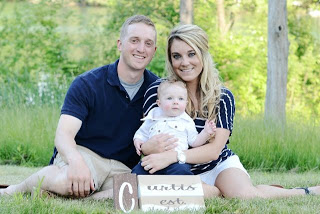 Here’s to cherishing our loved ones and leaving “chance” up to the Big Man himself. I promise you, he knows what he’s doing.

That’s what I love about Sunday »